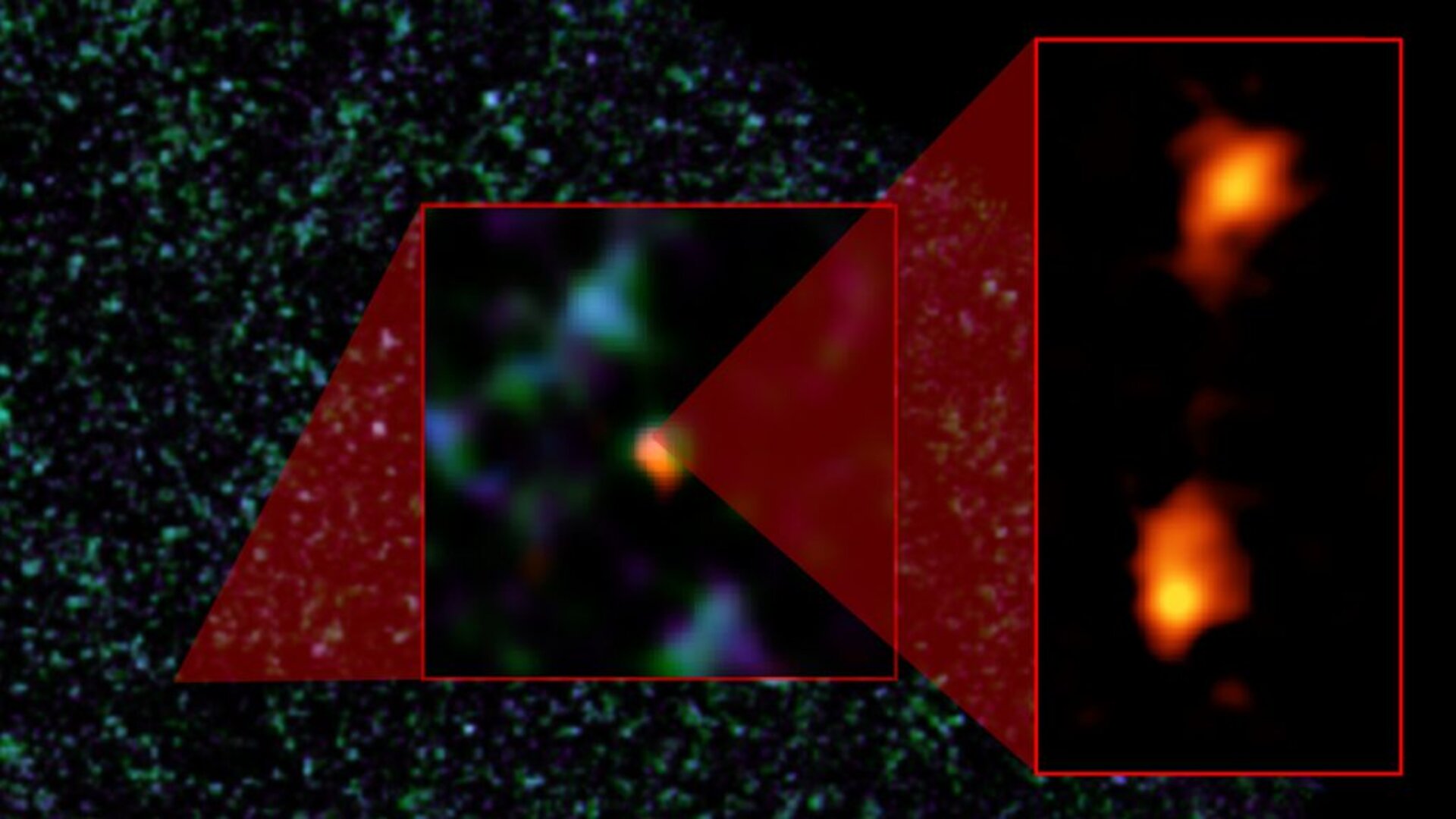 The Horse and the Dragon

The Herschel survey is shown in the background, combining data collected at 350 micron (blue) and 500 micron (green).

The inset at the centre shows a zoom around the potentially interesting source, combining the Herschel view with follow-up observations performed at 870 micron with the Atacama Pathfinder Experiment (APEX; red).

Further observations obtained with the Atacama Large Millimeter/submillimeter Array (ALMA) at higher resolution (right inset) revealed that the source consists not just of one ancient, massive galaxy, but of a pair of distinct massive galaxies about to merge.

These two galaxies, each roughly as massive as our Milky Way, were informally dubbed the ‘Horse’ and the ‘Dragon’.