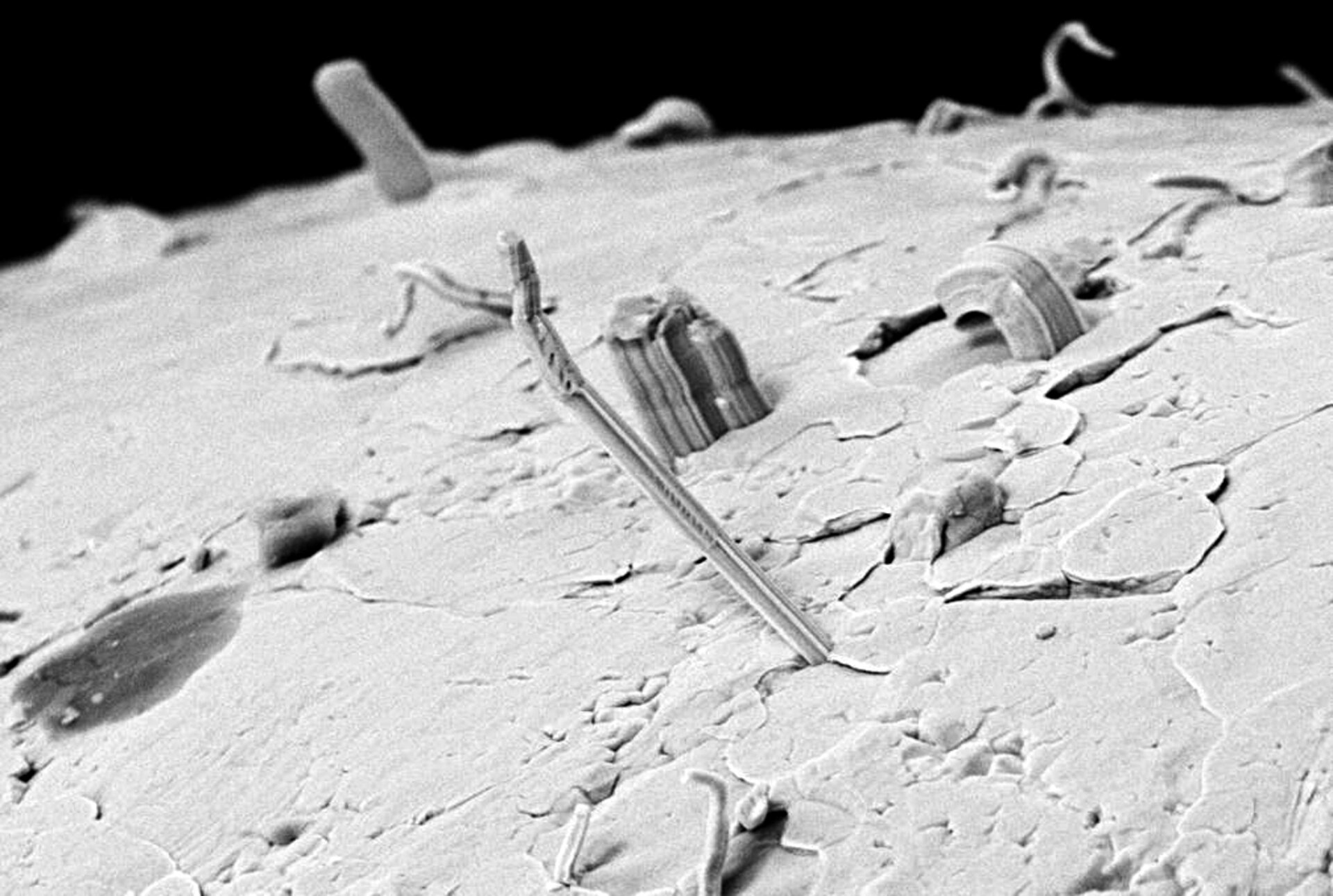 This may resemble an alien landscape, but it is actually a microscopic view of tin used to solder electronic components. The long shard rising from the surface is a ‘tin whisker’ – a spontaneous outgrowth representing a clear and present danger to space missions.

The phenomenon was first identified within terrestrial electronics, but these whiskers are known to grow rapidly out of pure tin in the weightlessness, vacuum and temperature extremes of space.

Typically, these crystalline filaments are just a few thousands of a millimetre thick, though may extend more than a thousand times further in length. They are electrically conductive and so can threaten catastrophic short circuits: the US Galaxy IV telecommunications satellite was lost due to this issue in 1998.

The traditional method of preventing tin whiskers was to add lead – but lead is toxic, so its use in solder has been phased out through the EU’s Reduction of Hazardous Substances directive. ESA and European space industry have been granted a waiver to continue using tin–lead alloy for solder, but not an indefinite one.

“Over a time period of up to a year, this application has led to a significant reduction in the number of tin whiskers, although we don’t yet know if this is due to the surface barrier laid down or some factor of the overall process.”

Follow-up research is now underway. Success will undoubtedly have wider applications: tin whiskers are also re-emerging as a problem of terrestrial electronics now that pure tin solder is in widespread use.

ESA’s Tommaso Ghidini comments: “Tin whiskers remain in many respects a mysterious metallurgical phenomenon. But if this technique proves to be successful, we could safely use pure tin as a green option, foregoing carcinogenic lead – not only for space but also for automotive, aeronautics and other large industrial domains, while guaranteeing equivalent engineering performance.”