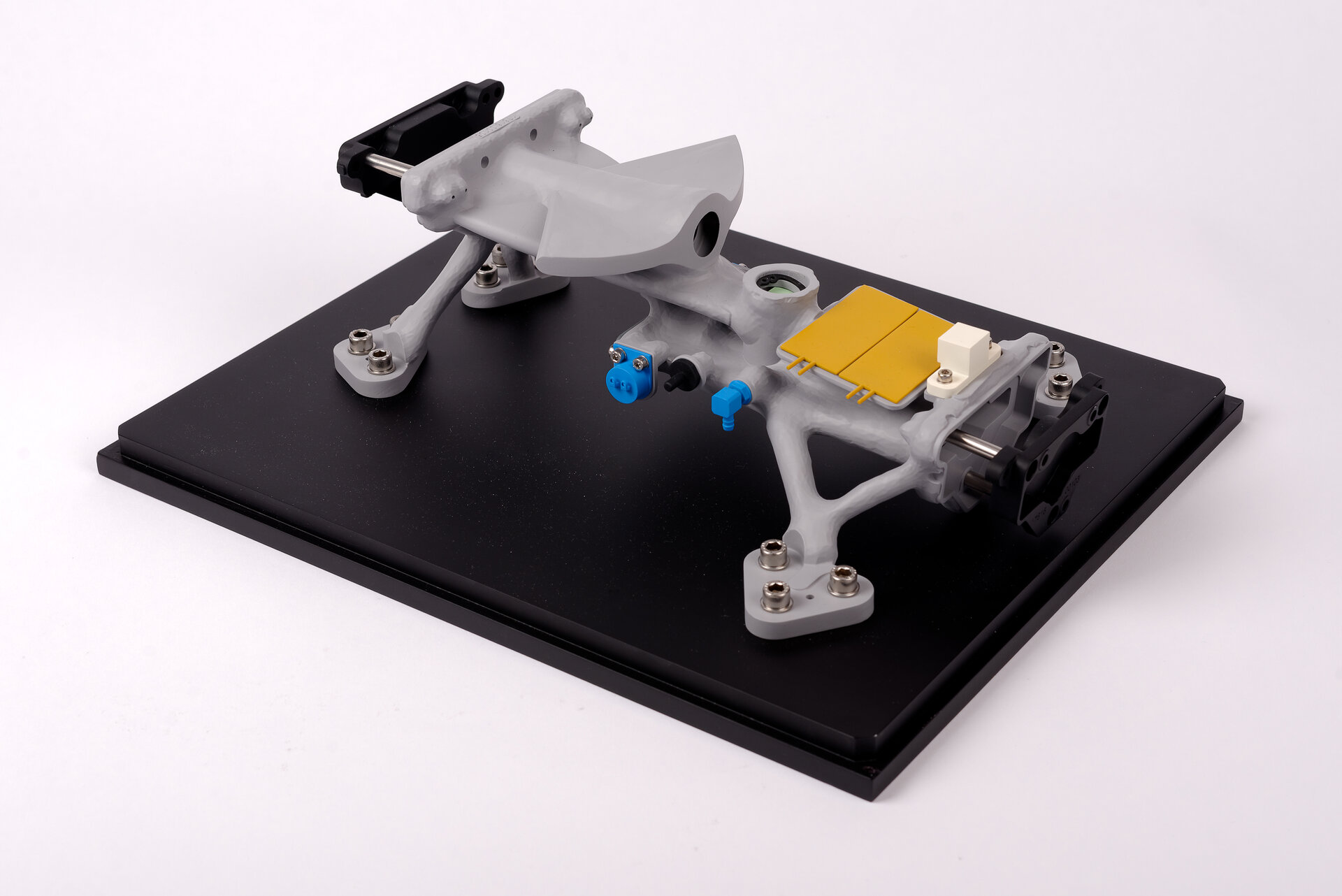 Weirdly organic in appearance, this prototype is the first outcome of an ESA project to develop, manufacture and demonstrate an optical instrument for space with 3D printing.

A two-mirror telescope derived from the European-made Ozone Monitoring Instrument now flying on NASA’s Aura satellite, it was not so much designed as grown, with the instrument’s design requirements put through ‘topology optimisation’ software to come up with the best possible shape.

This prototype was developed for ESA by a consortium led by OHB System in Germany, with TNO in the Netherlands – original designer of Aura’s version – Fraunhofer IFAM, IABG and Materialise in Germany and SRON, the Netherlands Institute for Space Research.

This first ‘breadboard’ prototype has been printed in liquid photopolymer plastic, then spray-painted. The final version would be printed in metal instead. The project is intended to culminate in testing a working instrument in a simulated space environment.

The project is being backed through ESA’s General Support Technology Programme, to hone promising technologies to be ready for space and global markets.