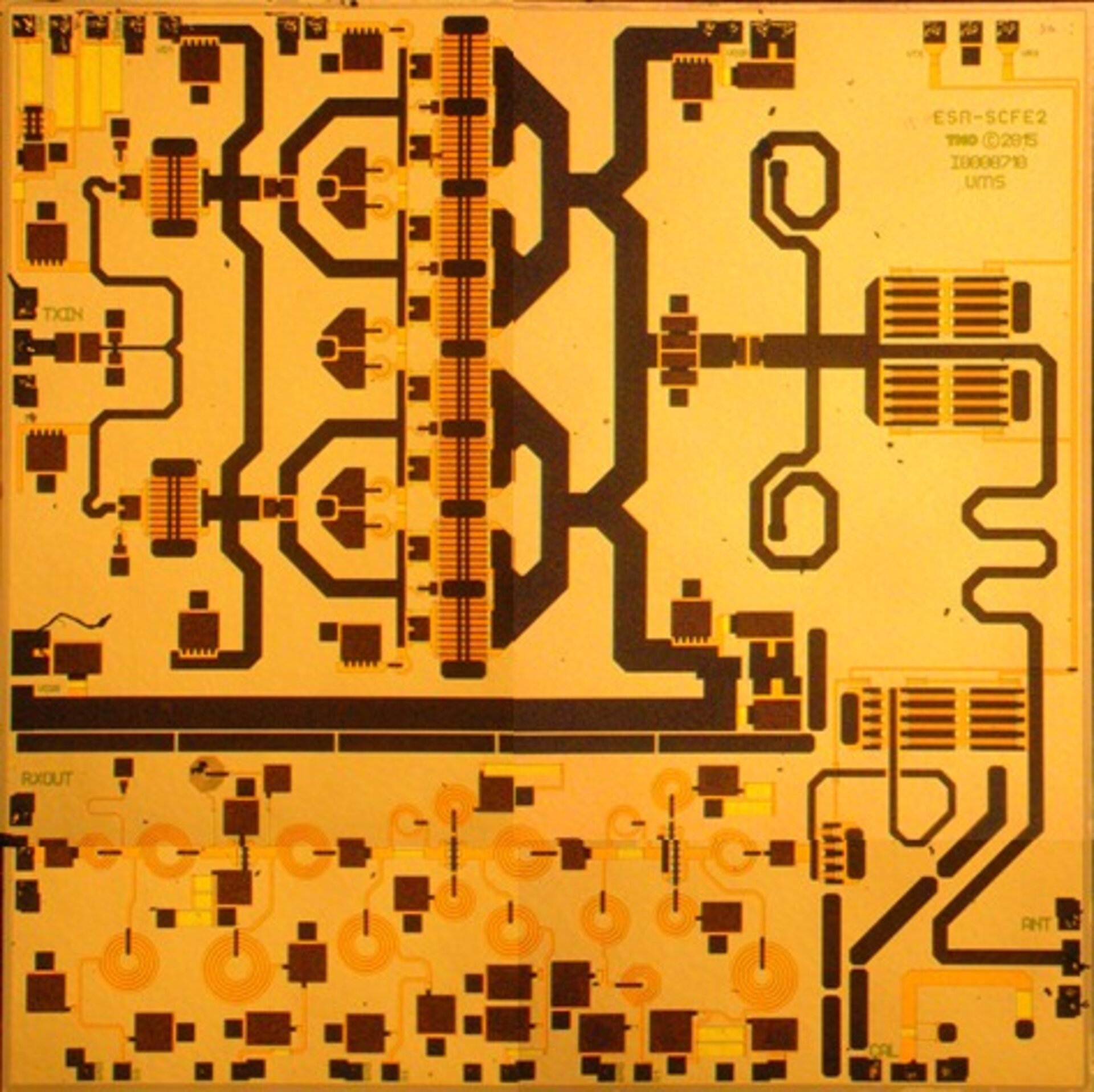 The aim, developed for ESA by TNO in the Netherlands, UMS in France, and Airbus Defense and Space in Germany, was to integrate all these functions onto a single chip, while delivering increased efficiency and a threefold increase in radio-frequency power.

The added ingredient enabling this was that the chip was made using gallium nitride (GaN) – the most promising semiconductor since silicon. If you have a Blu-ray player than you own a tiny crystal of GaN, used in high-performance blue lasers.

GaN can operate with high radio-frequency output power, low noise or at much higher temperatures than silicon. As a plus, it is also inherently resistant to radiation. ESA has been leading the industrialisation of GaN through the GaN Reliability Enhancement and Technology Transfer Initiative consortium.

This prototype was developed through ESA’s Basic Technology Research Programme.

A follow-up project to integrate the chip into a complete radar module suitable for a future Sentinel-1 successor mission is being undertaken through the Agency’s follow-up General Support Technology Programme.