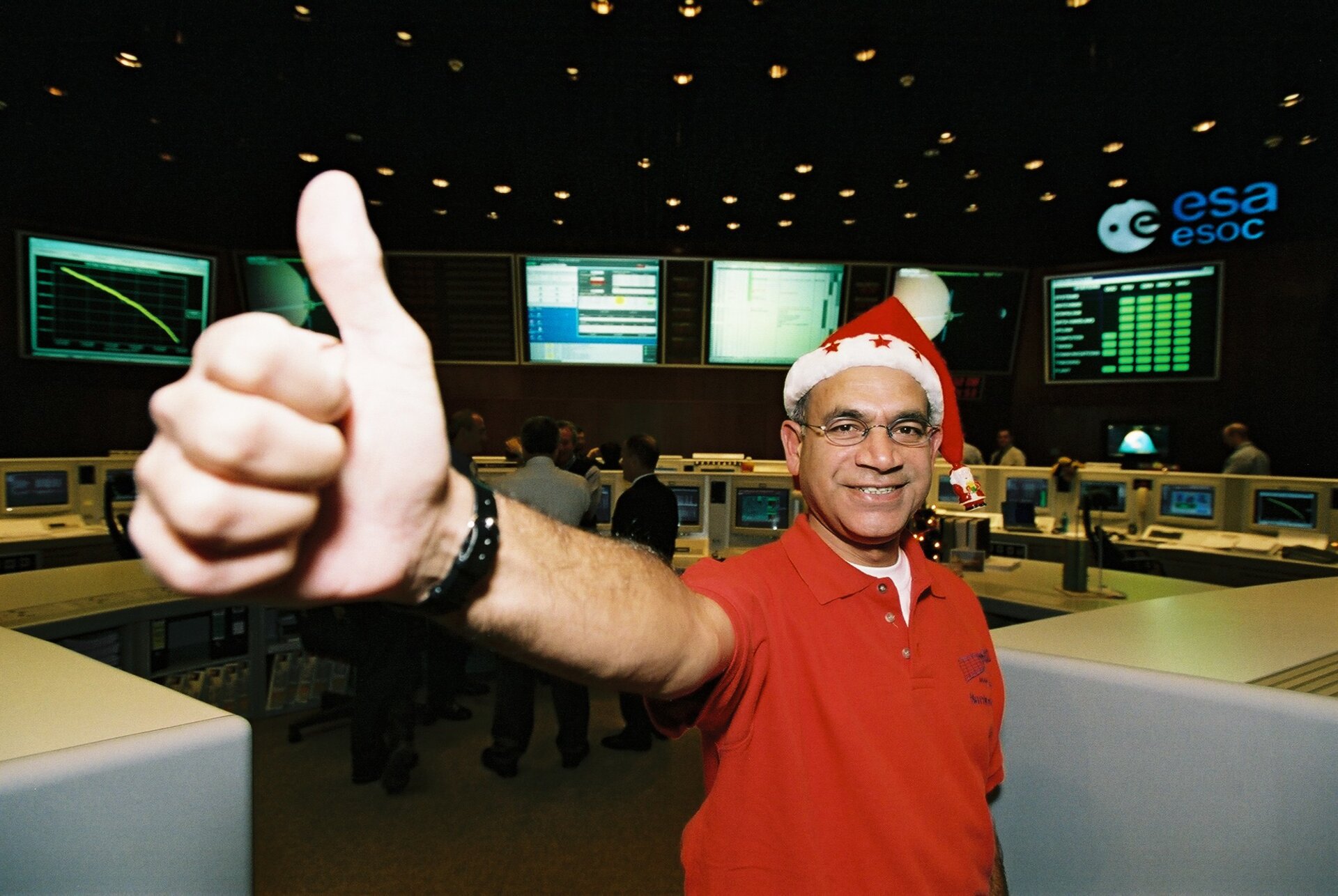 On 25 December 2003, after a journey lasting 205 days and covering 400 million kilometres, Mars Express entered orbit around Mars. Jose Pereira (pictured) recalls the atmosphere in the main control room in Darmstadt, Germany, “This was an evening of highs and lows. The tension and excitement while waiting for Mars Express to come around from behind the planet safely and the subsequent relief and excitement when it did.”

This incredible mission collected many firsts, including being the first European mission to Mars and the first planetary mission operated entirely by Europe. Excitement was in the air and even the team hotel organised something special for this occasion: “It was an unusual way to spend Christmas,” Jose remembers. “The hotel reserved a section of their restaurant for us, decorated with a Christmas tree just like we would do at home. They laid on a special meal and even had some individual gifts that I handed out to the team. I have since been renamed Santa by the staff there.”

Mars Express is the first mission to conduct a thorough search for water on the Red Planet after NASA’s Viking in the 1970s. It also carried Beagle-2, a British lander named after the ship used by Charles Darwin. Beagle-2 was intended to look for past life on the surface but after separating from Mars Express there was no further communication and it was lost until NASA located it in 2015.