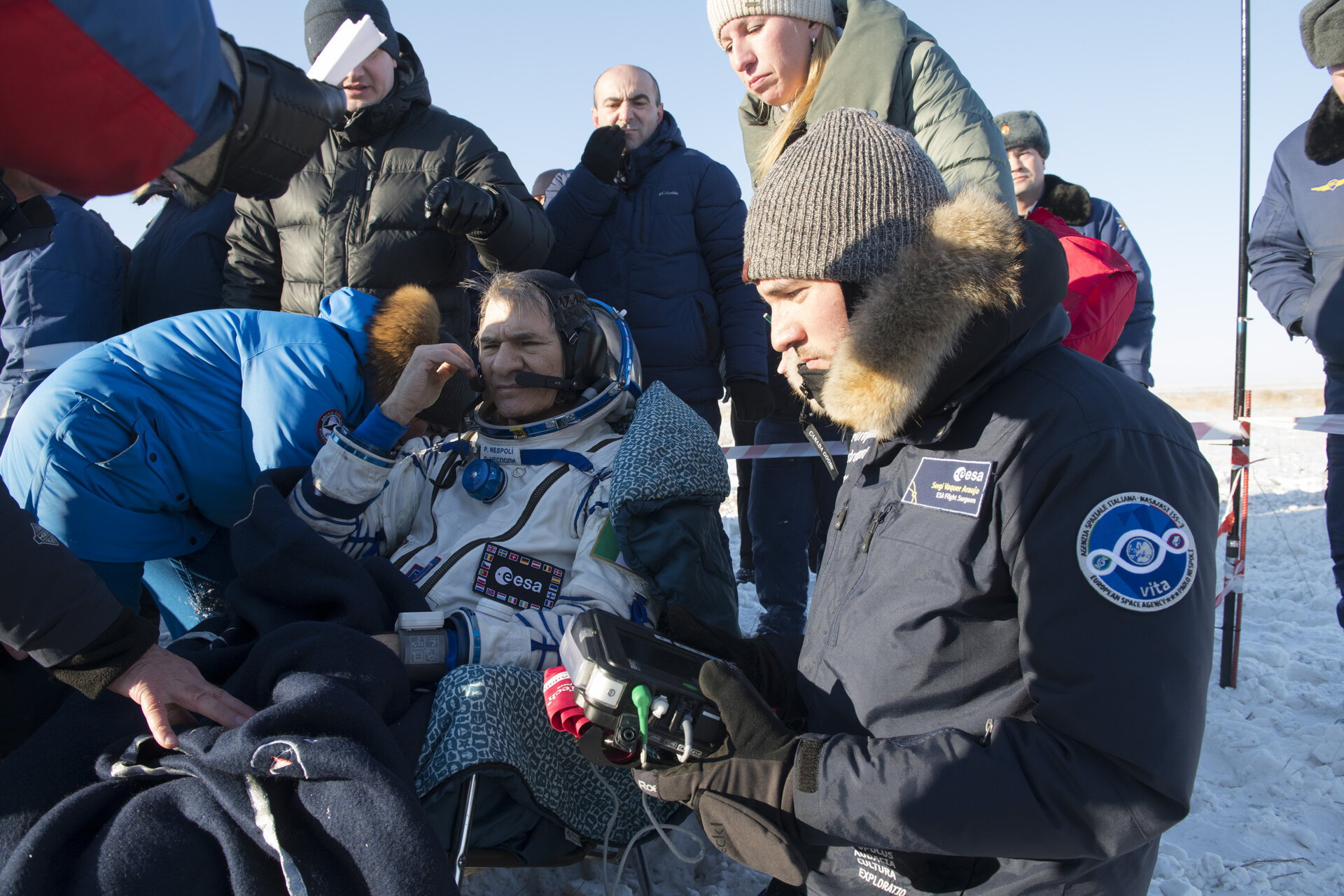 Tempus Pro, a portable vital-signs monitor capable of telemedicine via satellite, is helping medics at ESA astronaut landings. Thomas Pesquet was the first to benefit following his Proxima mission.

At Paolo Nespoli's landing a set of features of this device including the ultrasound probe, developed during the ESA Amazon project, were used under the harsh Kazakh winter conditions.

Remote Diagnostic Technologies in the UK developed the Tempus device with funding and support from the Business Applications part of ESA’s Advanced Research in Telecommunications Systems programme.