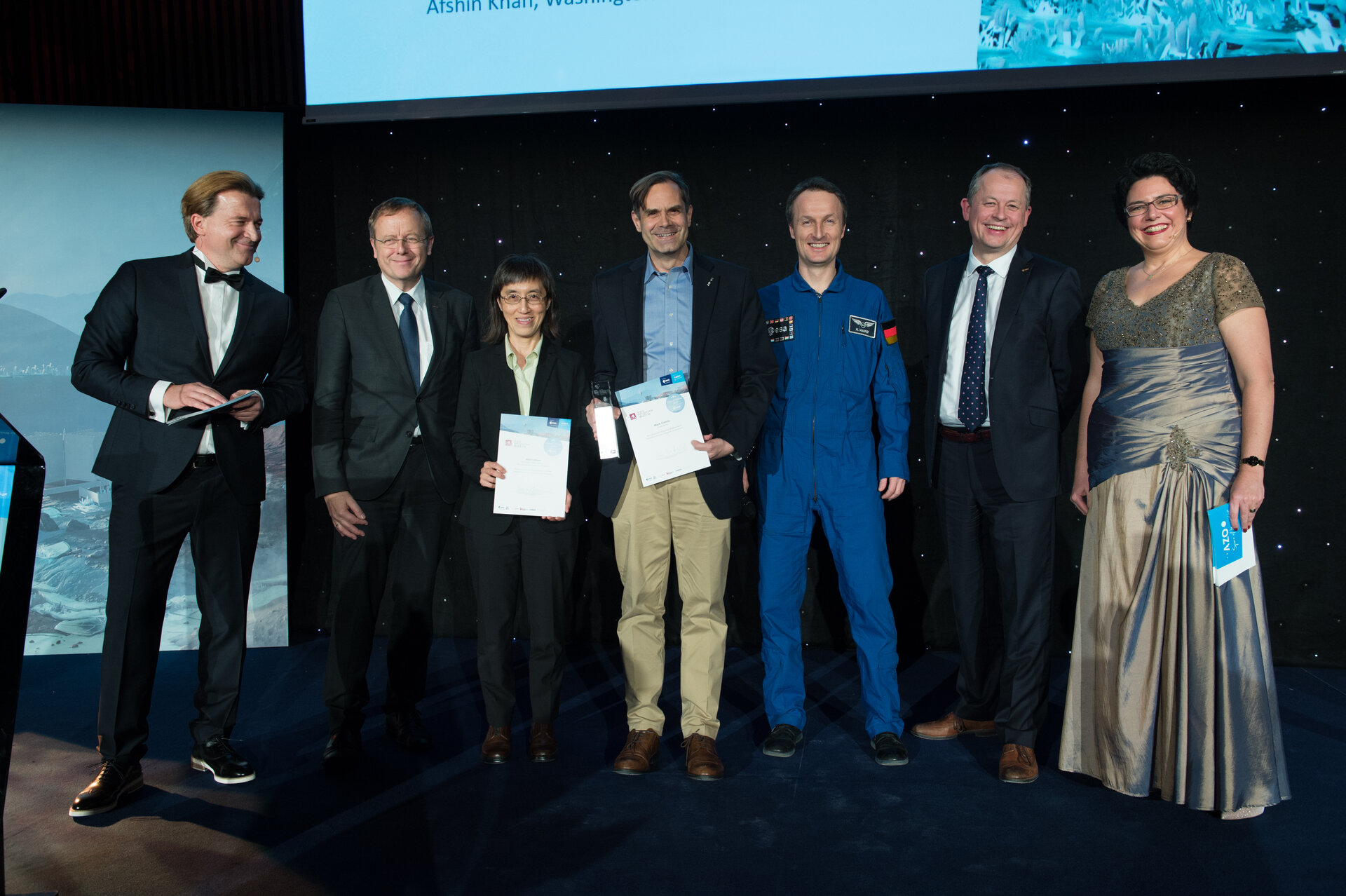 ESA Director general Jan Wörner and David Parker, ESA Director of Human Spaceflight and Robotic Exploration hand over the overall prize to the Space Sustain team for their idea “Plant Germination during Spaceflight to Test for the Adaptability of Crops in long-term Space Missions”. ESA astronaut Matthias Mauer contributed to the proposal.

The Space Exploration Masters awarded disruptive ideas with prizes worth more than €500 000. Europe’s first and only space exploration competition welcomed new players to boost business and innovation beyond Earth’s orbit.

The prizes were handed over at NewSpace Europe, an event focused on space industry and the economic opportunity of space held on 16 November, 2017 in Luxembourg.