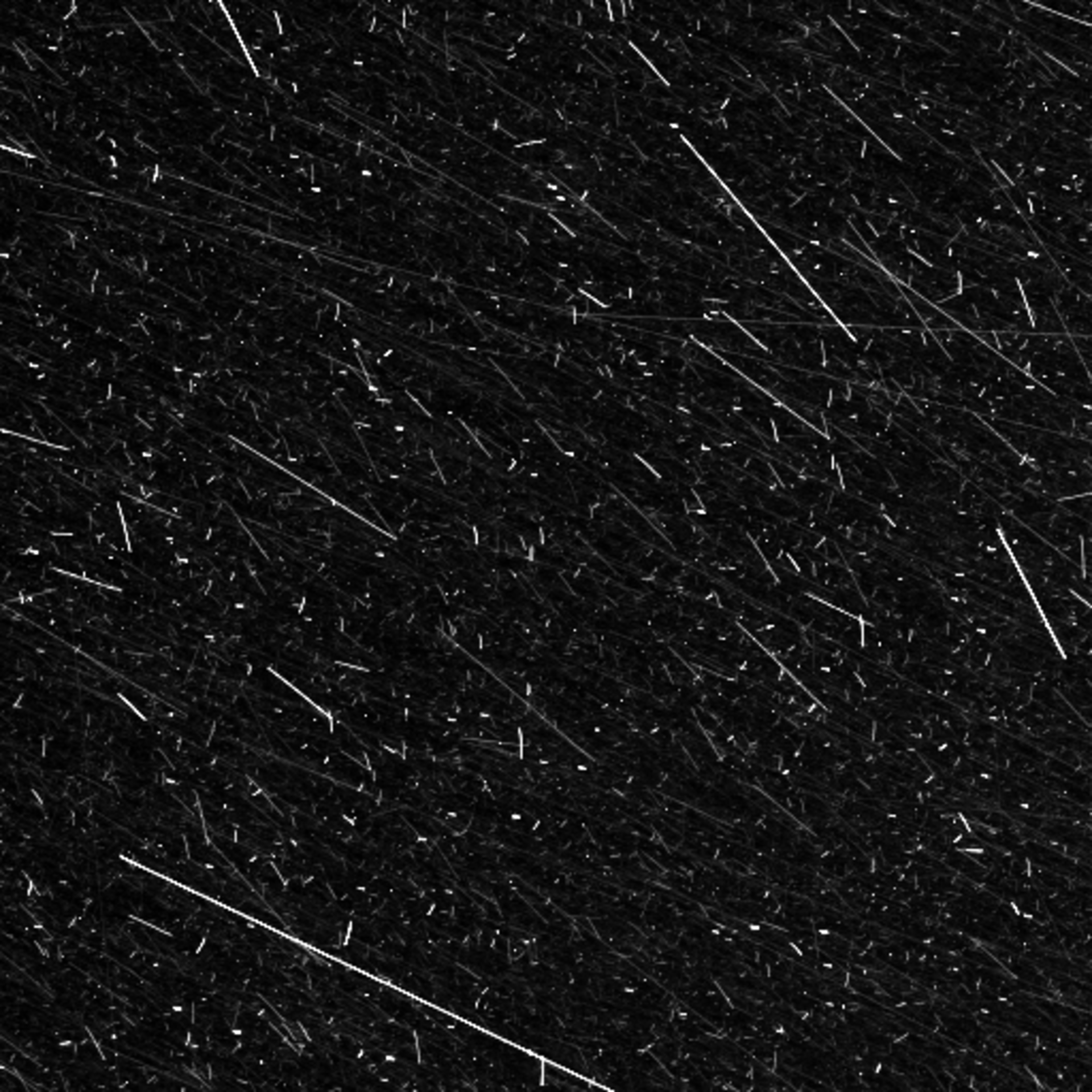 Perhaps you live in a part of the world where you regularly experience snow storms or even dust storms. But for many of us, the weather forms a natural part of everyday conversation – more so when it is somewhat extreme, like a sudden blizzard that renders transport useless or makes you feel highly disoriented as you struggle to fix your sights on recognisable landmarks.

ESA’s Rosetta mission had a similar experience, for more than two years, as it flew alongside Comet 67P/Churyumov–Gerasimenko between 2014 and 2016. It endured the endless impacts of dust grains launched by gaseous outpourings as the comet’s surface ices were warmed by the heat of the Sun, evaporating into space and dragging the dust along.

This image was taken two years ago, on 21 January 2016, when Rosetta was flying 79 km from the comet. At this time Rosetta was moving closer following perihelion in the previous August, when the comet was nearer to the Sun and as such at its most active, meaning that Rosetta had to operate from a greater distance for safety.

As can be seen from the image, the comet environment was still extremely chaotic with dust even five months later. The streaks reveal the dust grains as they passed in front of Rosetta’s camera, captured in the 146 second exposure.

Excessive dust in Rosetta’s field of view presented a continual risk for navigation: the craft’s startrackers used a star pattern recognition function to know its orientation with respect to the Sun and Earth. On some occasions flying much closer to the comet, and therefore through denser regions of outflowing gas and dust, the startrackers locked on to dust grains instead of stars, creating pointing errors and in some cases putting the spacecraft in a temporary safe mode.

Despite its dangers, the dust was of high scientific interest: three of Rosetta’s instruments studied tens of thousands of grains between them, collectively analysing their composition, their mass, momentum and velocity, and profiling their 3D structure. Studying the smallest and the most pristine grains ejected is helping scientists to understand the building blocks of comets.

Two years before the image was taken, 20 January 2014, Rosetta was only just waking up from 31 months of deep-space hibernation. It arrived at its destination after 10 years in space  in August 2014, and released the lander Philae three months later. Rosetta made unique scientific observations of the comet until reaching its grand finale on 30 September 2016 by descending to the comet’s surface. By the end of the mission, more than a hundred thousand images had been taken by the high-resolution OSIRIS camera (including the one shown here) and the navigation camera, the majority of which are available to browse in the Archive Image Browser.