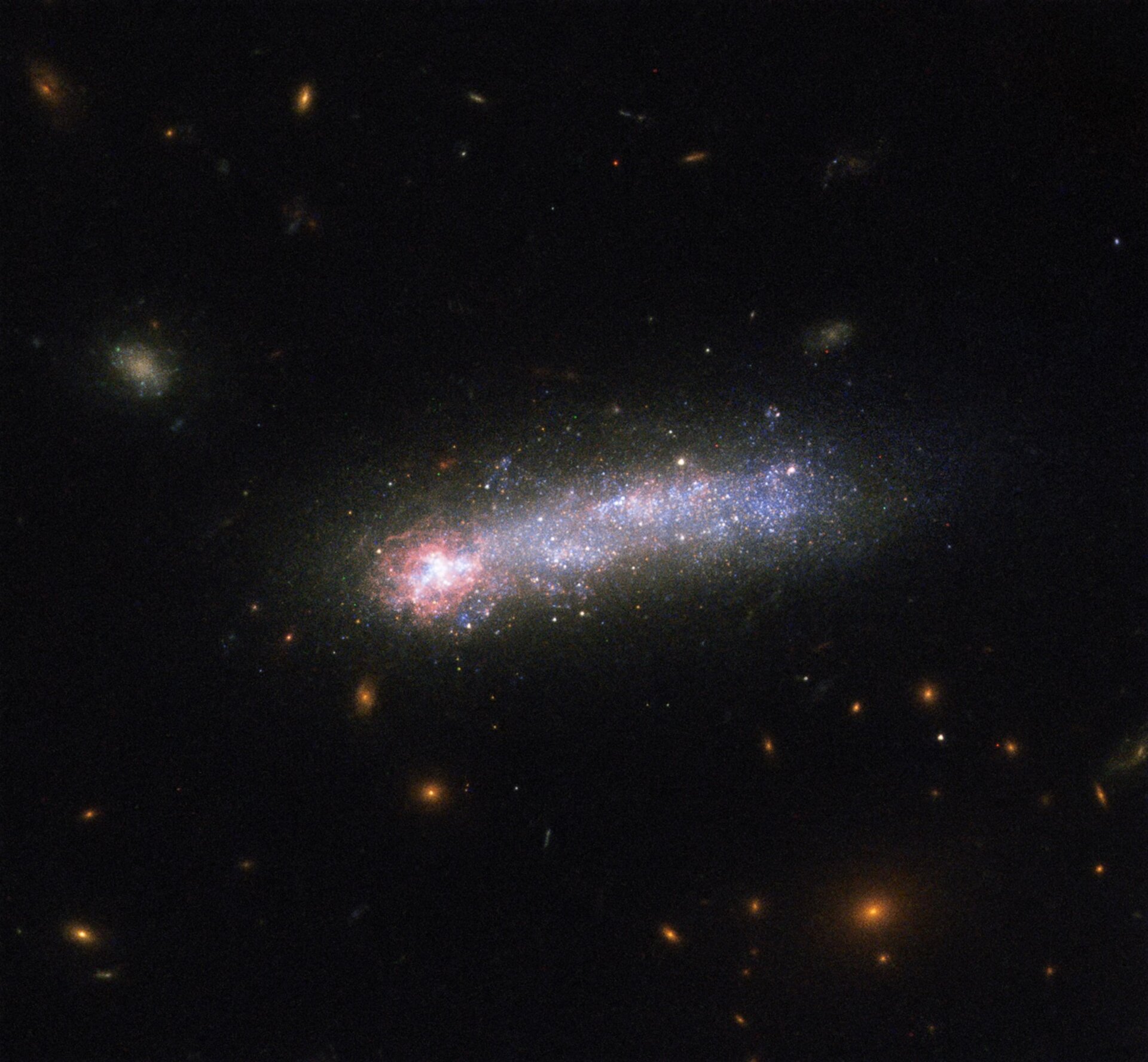 In this NASA/ESA Hubble Space Telescope image, a firestorm of star birth is lighting up one end of the dwarf galaxy Kiso 5639.

Kiso 5639 is shaped like a pancake but, because it is tilted edge-on, it resembles a skyrocket, with a brilliant blazing head and a long, star-studded tail. Its appearance earns it a place in the “tadpole” class of galaxies.

The bright pink head is from the glow of hydrogen, lit up by the burst of new stars. The mass of these young stars equals about a million Suns. The stars are grouped into large clusters that formed less than a million years ago.

Stars consist mainly of hydrogen and helium, but cook up heavier elements such as oxygen and carbon. When the stars die, they release their heavy elements and enrich the surrounding gas. In Kiso 5639, the bright gas in the galaxy’s head is more deficient in heavy elements than the rest of the galaxy. Astronomers think that the latest star-formation event was triggered when the galaxy accreted primordial gas from its surroundings, since intergalactic space contains more pristine, hydrogen-rich gas.

Cavities in the gas are due to numerous supernova detonations – like bursts of fireworks in the sky – carving out holes of superheated gas.

The elongated tail, seen stretching away from the galaxy’s head and scattered with bright blue stars, contains at least four distinct star-forming regions. These stars appear to be older than those in the star-forming head.

Wispy filaments, comprising gas and some stars, extend from the main body of the cosmic tadpole.

This image was first released in June 2016.