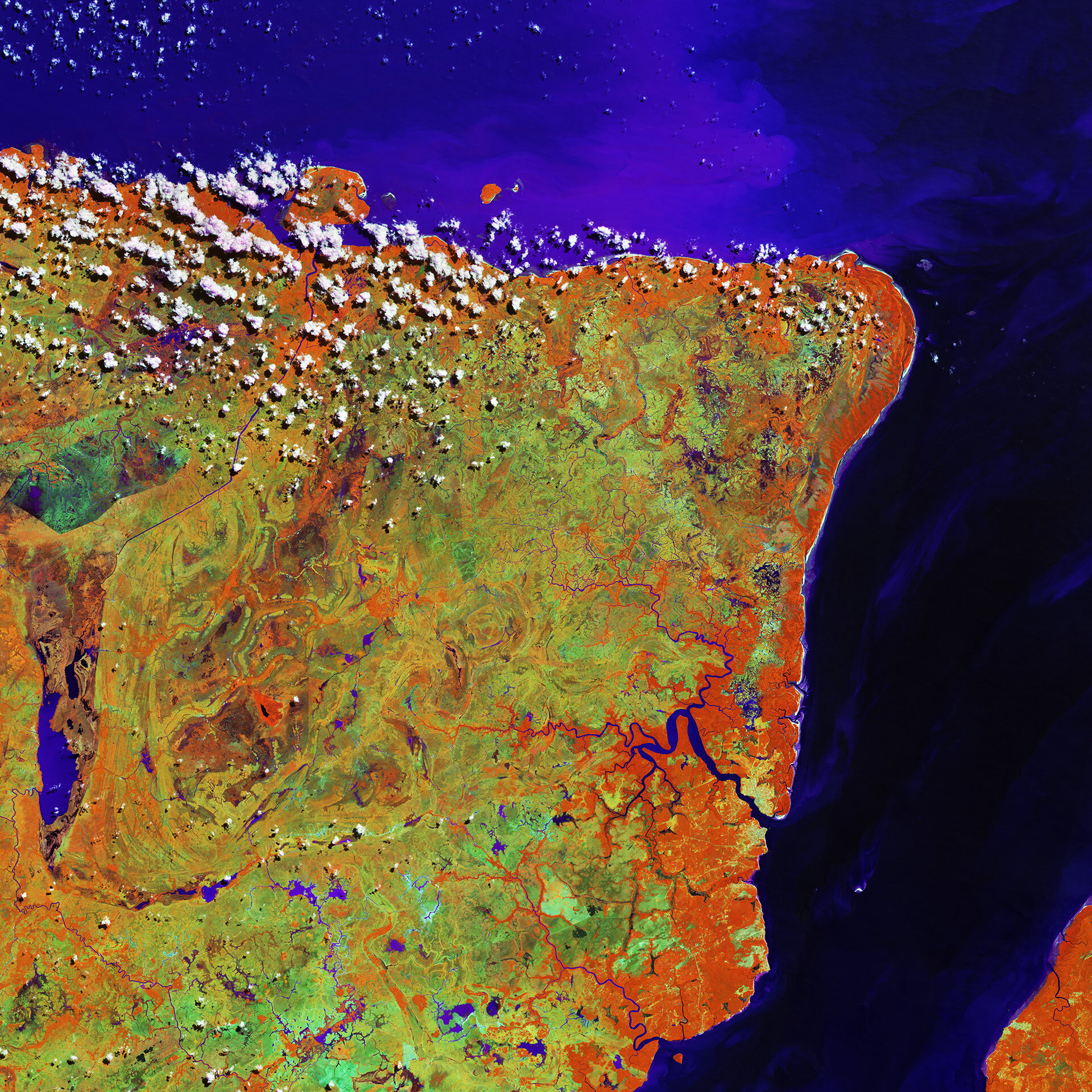 The Copernicus Sentinel-2A satellite takes us over part of northern Brazil’s Marajó island in Pará state.

Sediments discharged by the nearby Amazon River mouth (not pictured) are visible in the waters of the Atlantic Ocean north of the island.

The land area pictured is dominated by a savannah landscape, with mangrove forests and palm swamps along the coast. The area is known for its large plantations – called fazendas – with animal husbandry. Although not native to the island, domesticated water buffalo outnumber Marajó’s human population.

‘Popcorn’ clouds are visible in the upper part of the image, formed by convection and condensed water vapour released by plants and trees during the sunny day. On the left side of the image we can see Lake Arari, the size of which fluctuates greatly between the rainy and dry seasons.

Sentinel-2 images Earth in 13 spectral channels. Scientists can select which wavelength combinations to process over a given area to help better understand targets on the ground.

The channel combination used to create this image, which was acquired on 20 July 2017, is particularly useful for identifying different vegetation types and helps us to distinguish it very clearly from inland water bodies: water appears dark blue, while vegetation appears in a variety of bright colours.