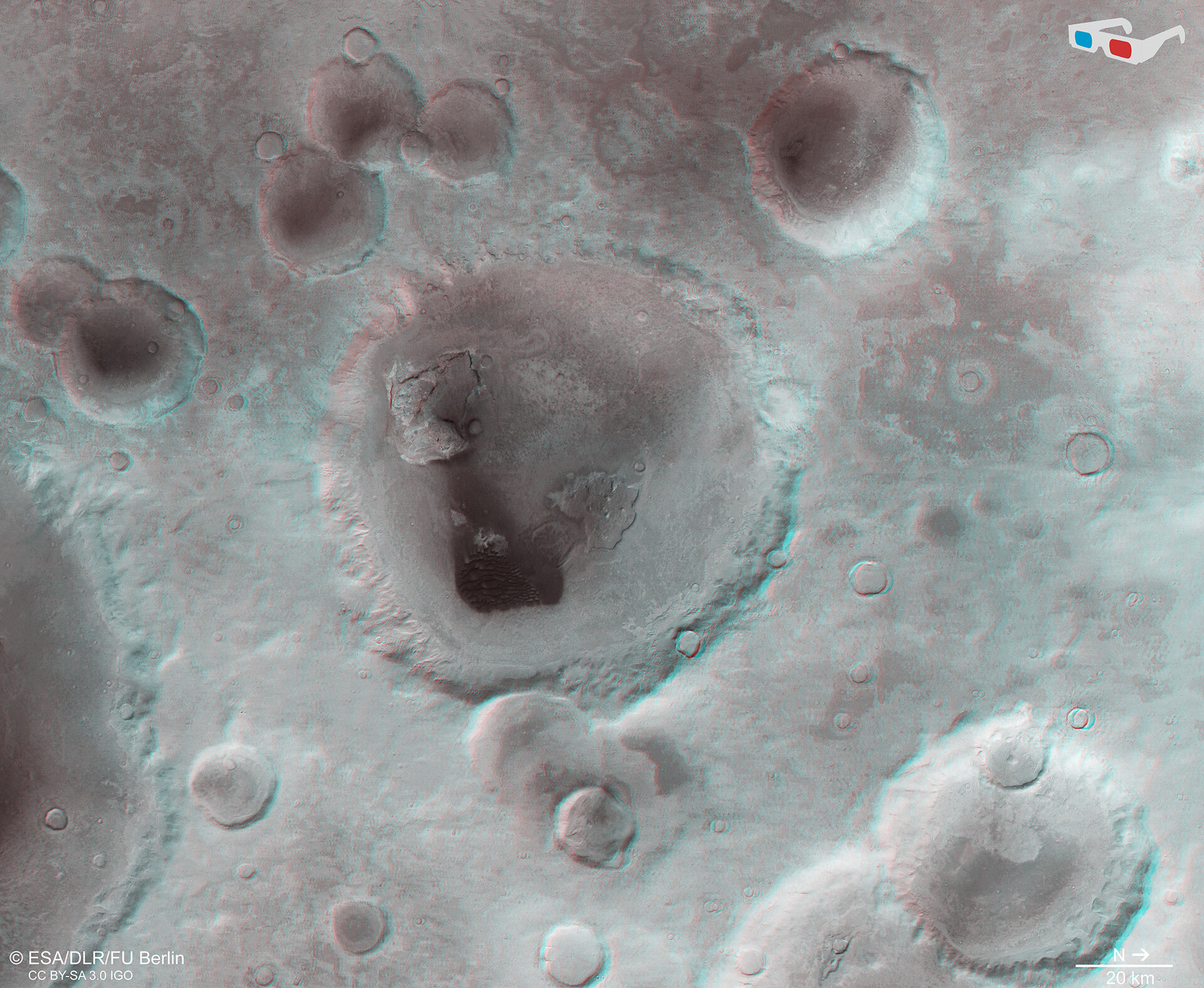 Neukum Crater and surrounds can be seen in 3D when viewed using red–green or red–blue glasses.

The anaglyph was derived from data acquired by the nadir channel and one stereo channel of the high-resolution camera on Mars Express.