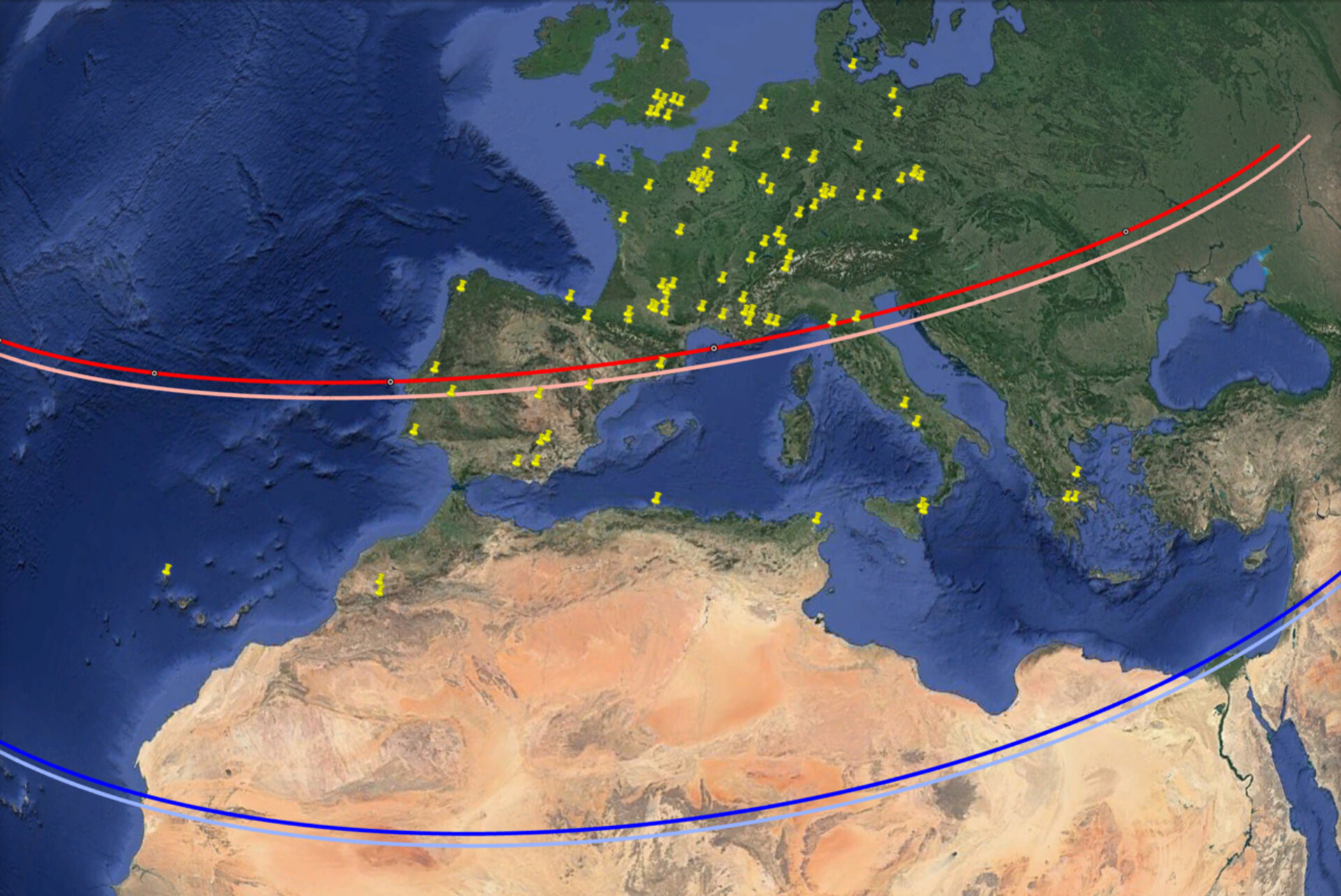 On 5 October 2017, Neptune's moon Triton passed in front of a distant star, providing an opportunity for astronomers to study that moon's atmosphere.

Taking advantage of improved measurements of the star's position and a few hundred more stars, provided by Gaia, the Lucky Star team has coordinated a campaign to observe this occultation.

This map shows the track along which the occultation could be observed from Earth. The pink line represents the central track – the best viewing position of the occultation – that was calculated using the preliminary position of the occulted star from the upcoming second release of Gaia data (Gaia DR2) as well as recent observations of Triton as well as the preliminary positions of 453 other stars from Gaia DR2 to refine the estimate of Triton's orbit. The light blue line indicates the corresponding estimate of the southern limit to observe the occultation.

On the day of the occultation, a collaboration of professional as well as amateur astronomers scattered across Europe, North Africa and North America to observe the phenomenon. The yellow pins in this map indicate the stations in Europe and North Africa that sent report of their observations.

The red line shows the central track from a reconstruction of occultation geometry based on the observations, and the blue line shows the corresponding southern limit. The predicted track using Gaia data and the actual track of the occultation are separated by only 2 thousandth of an arc-second when projected on the plane of the sky.