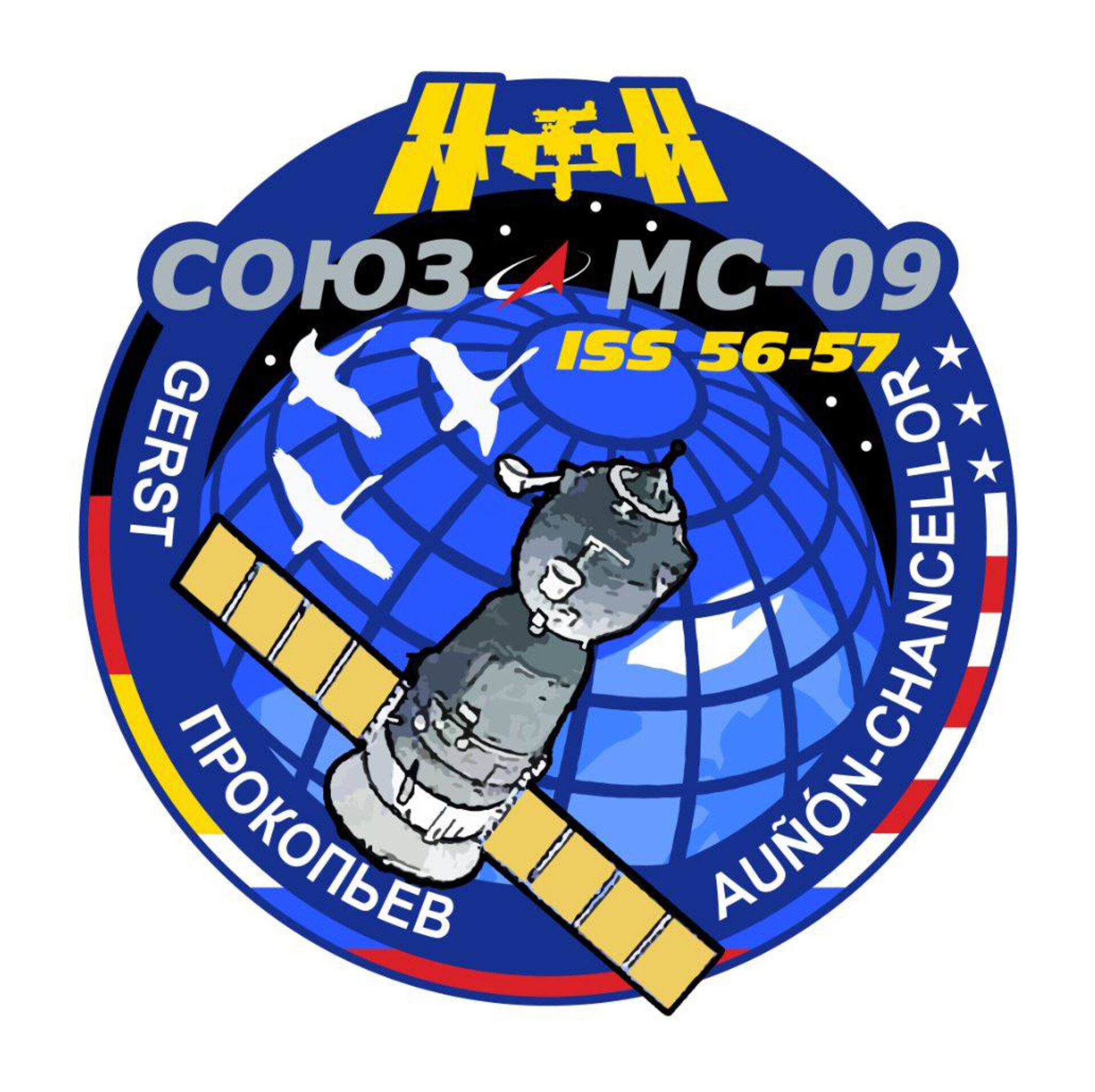 Designed by Luc van den Abeelen, the circular shape of the Soyuz MS-09 crew patch symbolises the shape of the globe, inside of which the Belukha mountain is visible: the highest peak of the Altai, representing the crew's callsign. A trio of white swans flying over Earth towards the International Space Station symbolise the three crew members. The six stars shown against the black background of space are for the members making up the successive ISS Expedition crews. The golden silhouette of the orbital outpost is shown at the top of the emblem. Below are the numbers of the main expeditions.

The Roscosmos logo is placed in the middle of the inscription 'Soyuz MS-09'. The crew members' names are put along the emblem's inner border with the crew commander's name underneath the flying spaceship Soyuz. The outer border is made up of the astronauts' national flags.