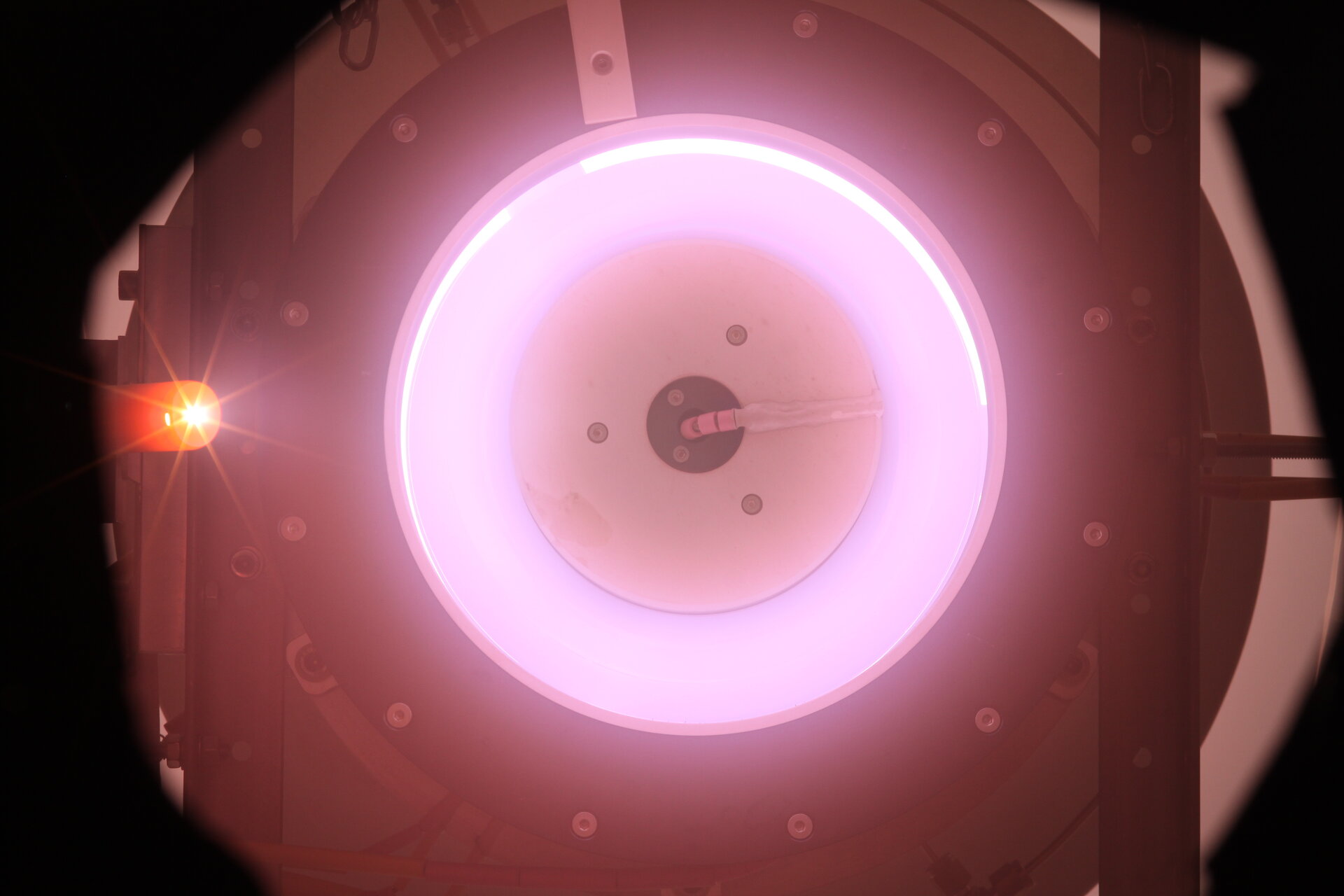 An ESA-led team has built and fired an electric thruster to ingest scarce air molecules from the top of the atmosphere as propellant, opening the way to satellites flying in very low orbits for years on end. A complete thruster was developed for testing the concept, which was performed in a vacuum chamber by Sitael in Italy, simulating the environment at 200 km altitude. Success was demonstrated by the xenon-based blue colour of the engine plume changed to purple.