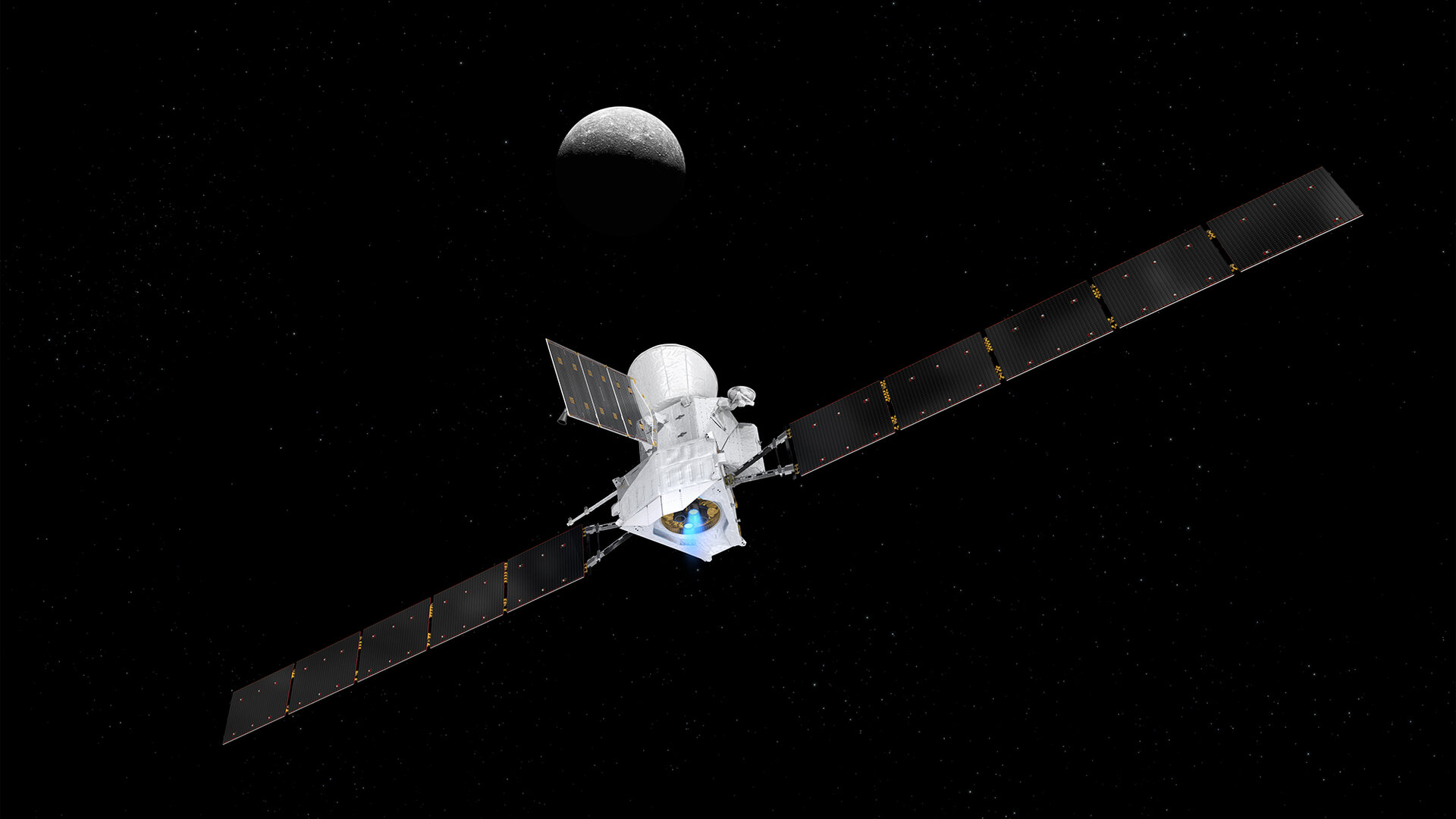 The Mercury Transfer Module is shown with ion thrusters firing, and with its solar wings extended, spanning about 30 m from tip-to-tip. The 7.5 m-long solar array of the Mercury Planetary Orbiter in the middle is seen extending to the top. The Mercury Magnetospheric Orbiter is hidden inside the sunshield.