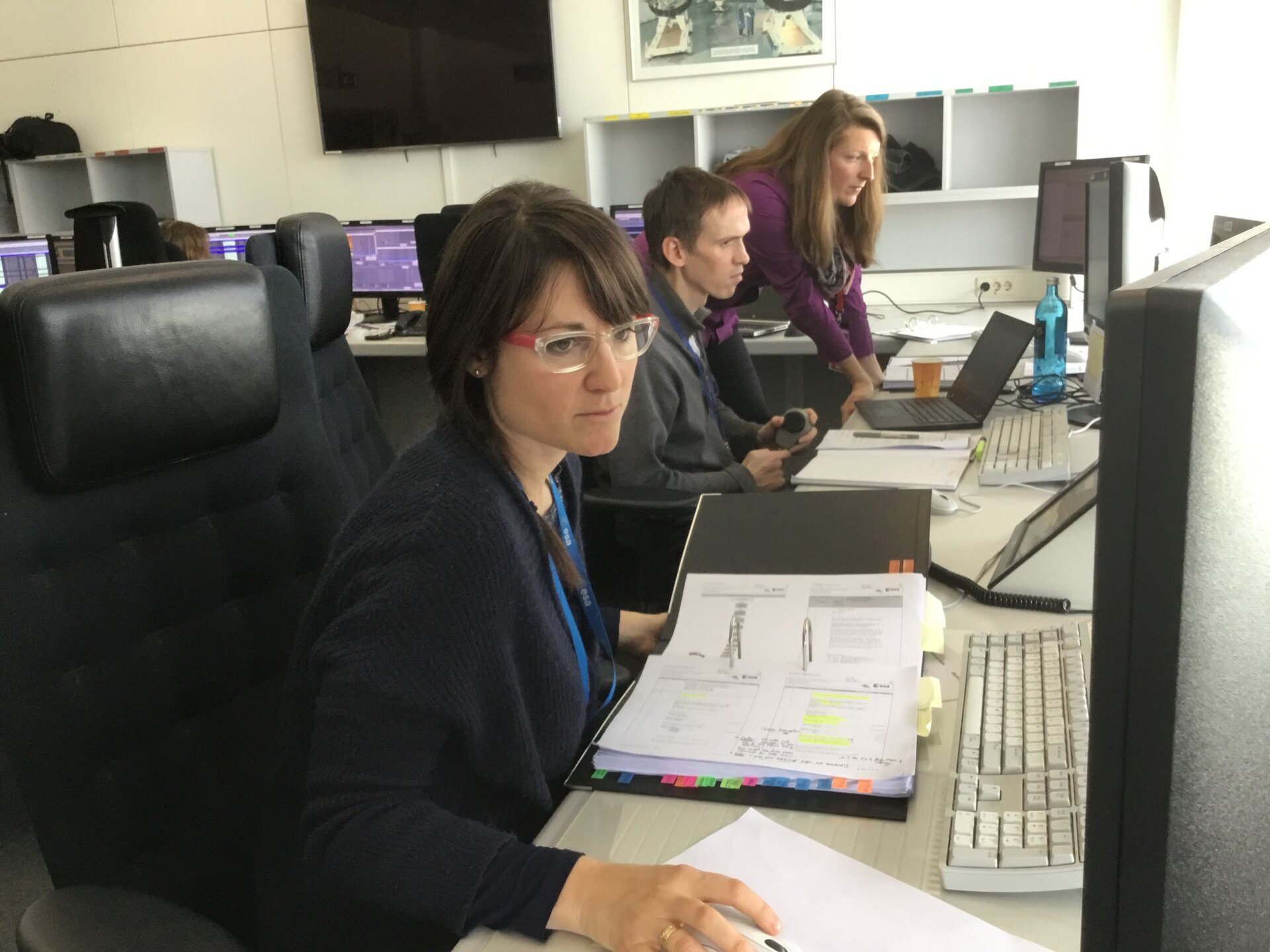 On 14 March, the BepiColombo flight control team at ESA’s mission control centre in Darmstadt, Germany, was joined by experts from the mission team at the Agency’s technical centre in the Netherlands as well as industry to conduct a ‘system validation test’.

Such tests are critical milestones in getting a spacecraft, its onboard software, the ground systems and the mission control team ready to handle the real flight.

This week, engineers connected their mission control systems to the actual spacecraft, which is now located at ESA’s technical centre, via telecom links, allowing them to ‘talk’ to BepiColombo just as they will after launch when it is in space en route to mercury.

A modern spacecraft has 42 000 telemetry parameters and 2650 control parameters in its software – comparable to a mid-size jet aircraft – and hundreds of thousands of lines of code on board.

The spacecraft, along with ground equipment and mission experts, are set to start the move from the Netherlands to Europe’s Spaceport in Kourou, French Guiana at the end of next month. The launch window is open from 5 October until 29 November.

How we fly BepiColombo