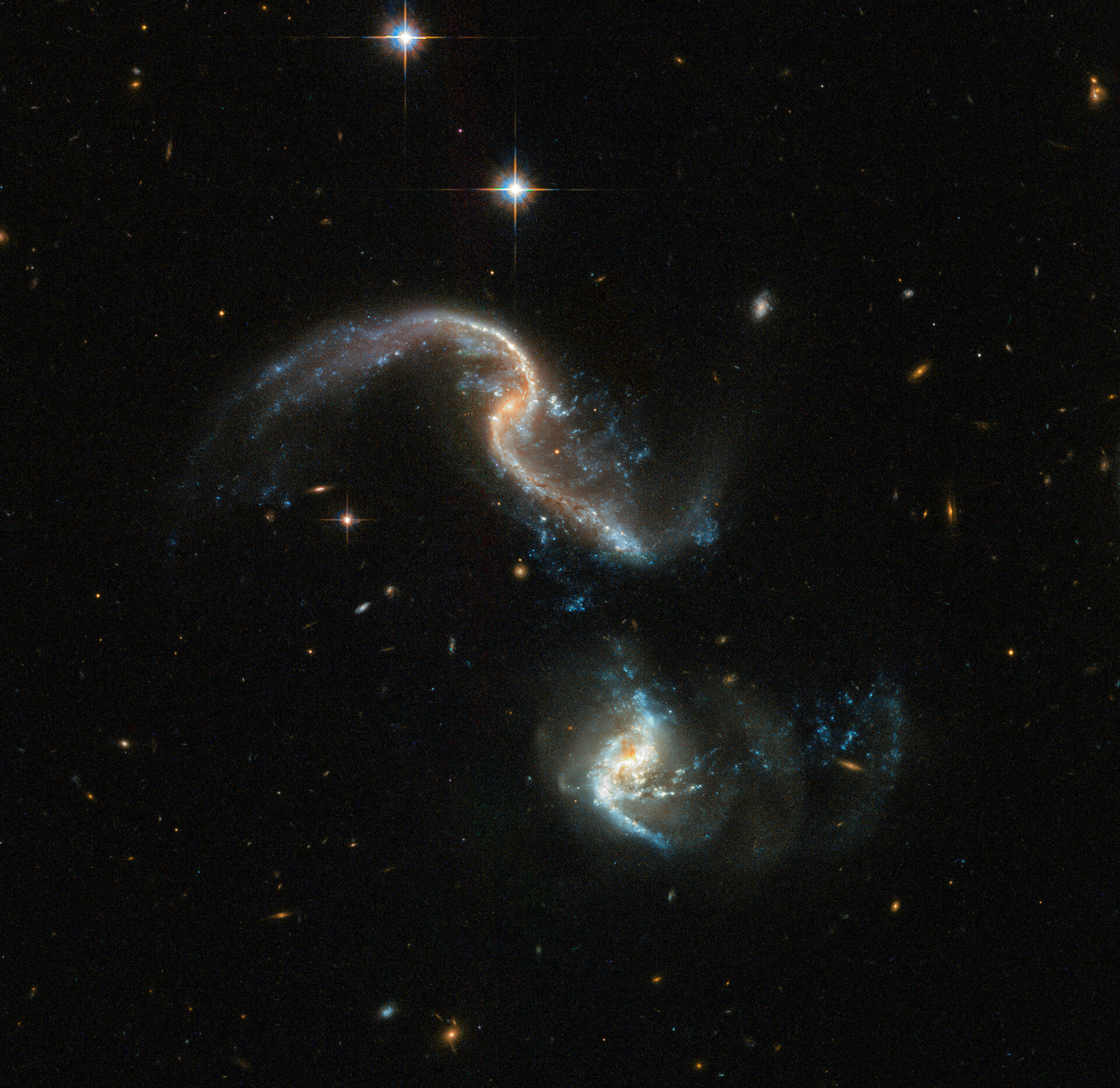 Arp 256 is a stunning system of two spiral galaxies, about 350 million light-years away, in an early stage of merging. The image, taken with the NASA/ESA Hubble Space Telescope, displays two galaxies with strongly distorted shapes and an astonishing number of blue knots of star formation that look like exploding fireworks. The star formation was triggered by the close interaction between the two galaxies.

This image was taken by Hubble’s Advanced Camera for Surveys (ACS) and the Wide Field Camera 3 (WFC3). It is a new version of an image already released in 2008 that was part a large collection of 59 images of merging galaxies taken for Hubble’s 18th anniversary.