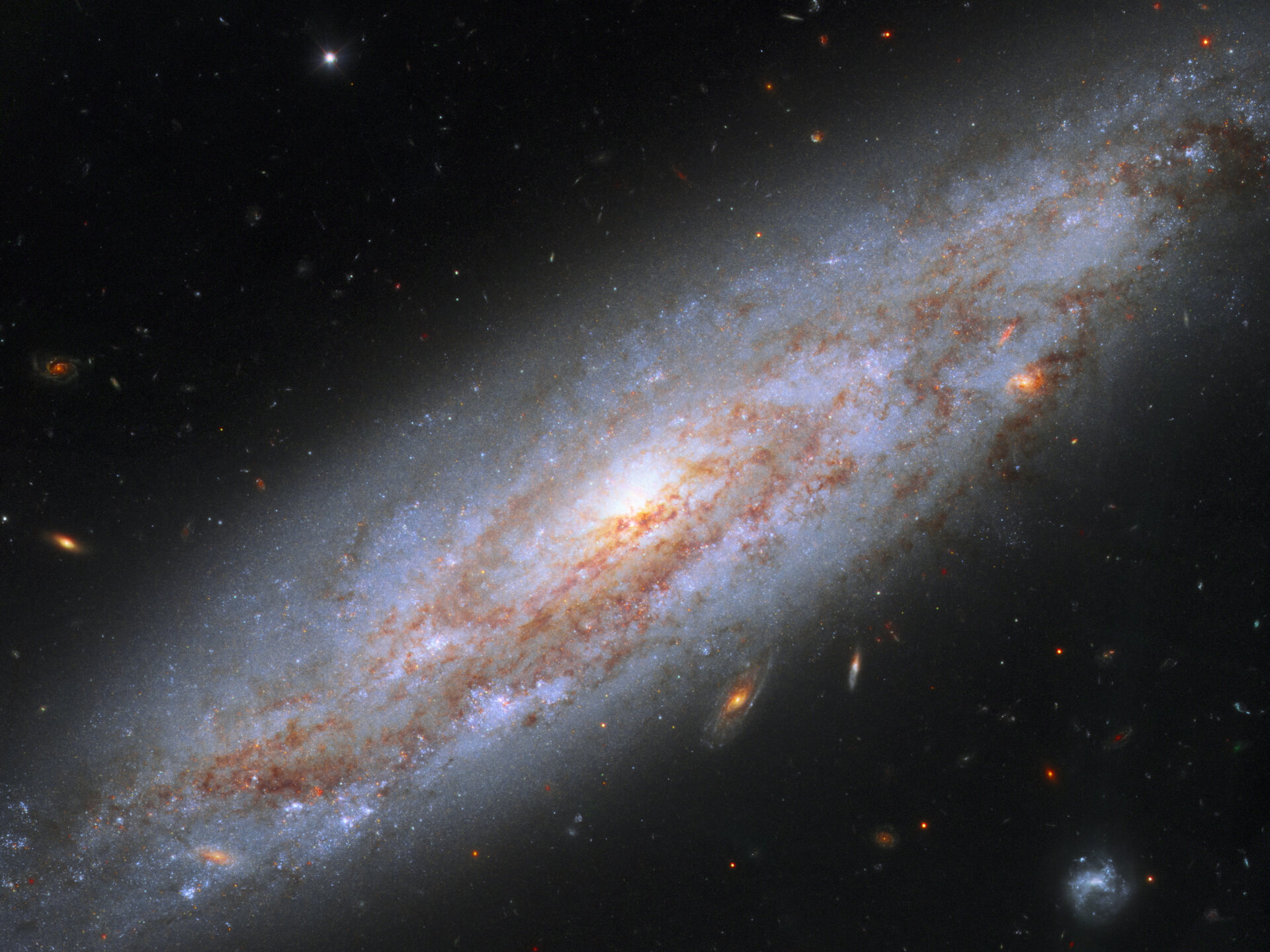 This enchanting spiral galaxy can be found in the constellation of Ursa Major (the Great Bear). Star-studded NGC 3972 lies about 65 million light-years away from the Earth, meaning that the light that we see now left it 65 million years ago, just when the dinosaurs became extinct.

NGC 3972 has had its fair share of dramatic events. In 2011 astronomers observed the explosion of a type Ia supernova in the galaxy (not visible in this image). These dazzling objects all peak at the same brightness, and are brilliant enough to be seen over large distances. NGC 3972 also contains many pulsating stars called Cepheid variables. These stars change their brightness at a rate matched closely to their intrinsic luminosity, making them ideal cosmic lighthouses for measuring accurate distances to relatively nearby galaxies.

Astronomers search for Cepheid variables in nearby galaxies which also contain a type Ia supernova so they can compare the true brightness of both types of stars. That brightness information is used to calibrate the luminosity of Type Ia supernovae in far-flung galaxies so that astronomers can calculate the galaxies' distances from Earth. Once astronomers know accurate distances to galaxies near and far, they can determine and refine the expansion rate of the Universe.

This image was taken in 2015 with Hubble’s Wide Field Camera 3, as part of a project to improve the precision of the Hubble constant — a figure that describes the expansion rate of the Universe.