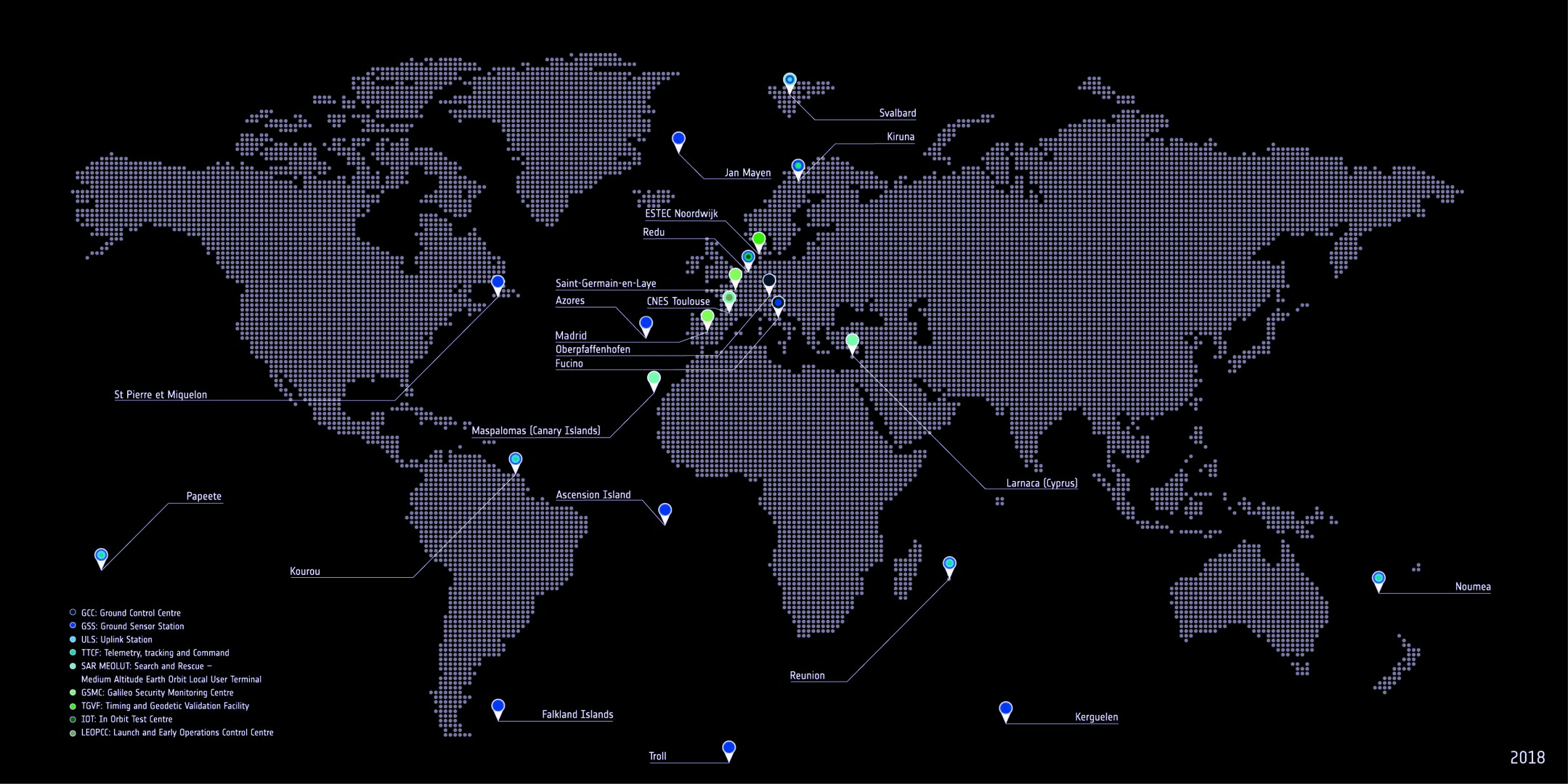 The constellation in orbit is only one element of the overall satellite navigation system – the tip of the Galileo iceberg. At the same time as satellites were being built, tested and launched, a global ground segment has been put in place.

Galileo ‘sensor stations’ – with small omni-directional receiving antennas around just 50 cm high – have been placed around the globe to check the accuracy and signal quality of individual satellites in real time, and work together to pinpoint the current satellite orbits.

These measurements are transmitted via secure satellite communications to the Fucino Galileo Control Centre, where they serve as the basis of a set of corrections – accounting for timing or orbital slips – to be uplinked to the satellites via a network of 3-m diameter ‘uplink stations’ for rebroadcast within navigation messages to users – currently updated every 50 minutes.

The Launch and Early Operations Control Centres have the task of bringing newly-launched satellites to life, to be handed over to the main Satellite Control Centre in Oberpfaffenhofen within typically one week after the launch while Redu in Belgium, set up as Galileo’s In-Orbit Test Centre, is then putting these satellites through a complex set of testing and check-outs ahead of them joining the working constellation.

A second Control Centre, in Oberpfaffenhofen near Germany, oversees the Galileo satellite platforms.