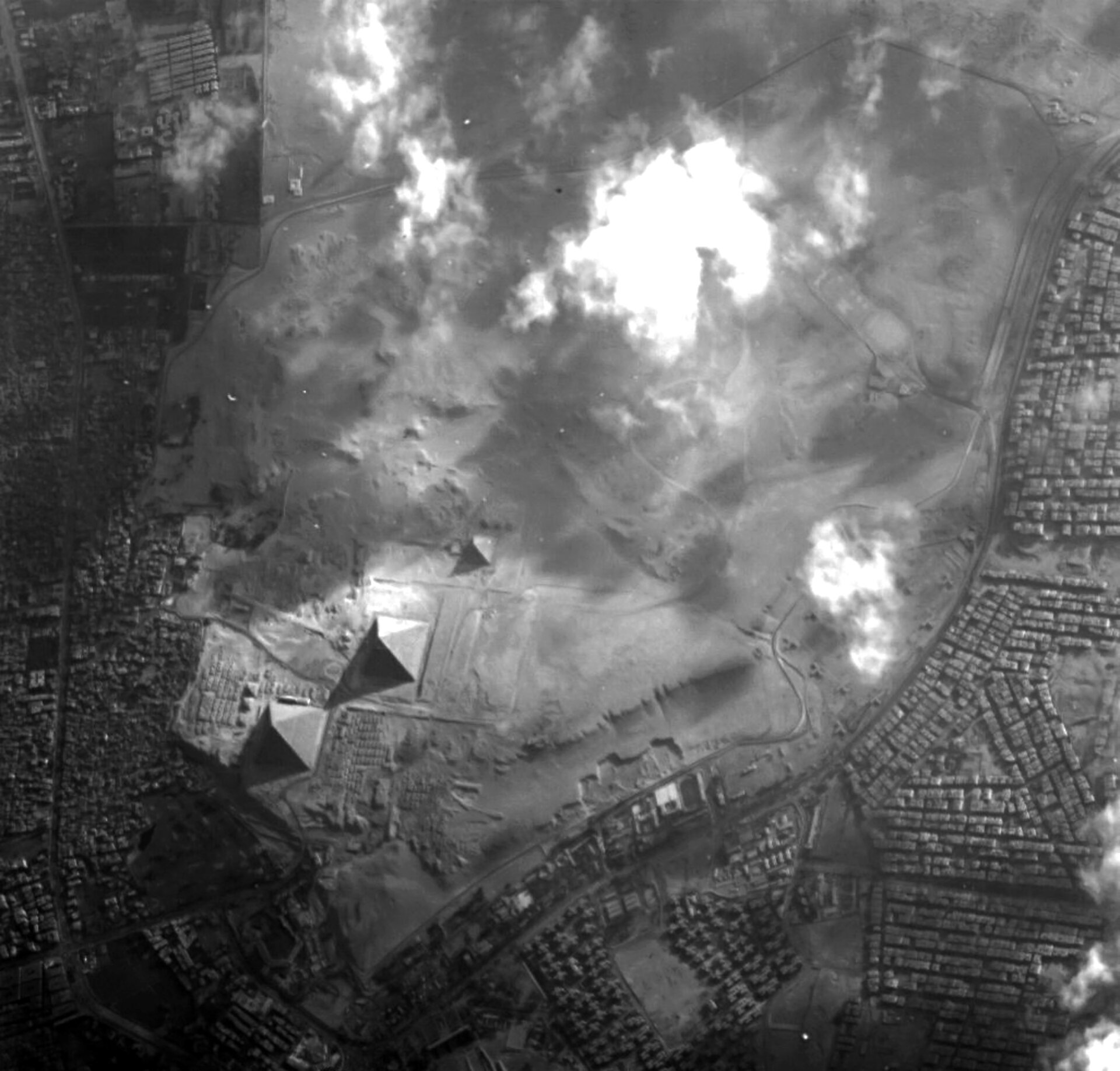 Proba-1 view of the Great Pyramids

Three smaller pyramids are adjacent to the Pyramid Menkaure. The Giza Plateau sits on the edge of Cairo, fringed by suburbs.

The cubic-metre Proba-1 is the first in ESA’s series of satellites aimed at flight-testing new space technologies. It was launched on 22 October 2001 but is still going strong, having recently became the Agency’s longest-serving Earth-observing mission.

Other innovations include what were then novel gallium-arsenide solar cells, the use of startrackers for gyroless attitude control, one of the first lithium-ion batteries – now the longest such item operating in orbit – and one of ESA’s first ERC32 microprocessors to run Proba-1’s agile computer.

Proba-1 led the way for the Sun-monitoring Proba-2 in 2009, the vegetation-tracking Proba-V in 2013 and the Proba-3 precise formation-flying mission planned for late 2020.