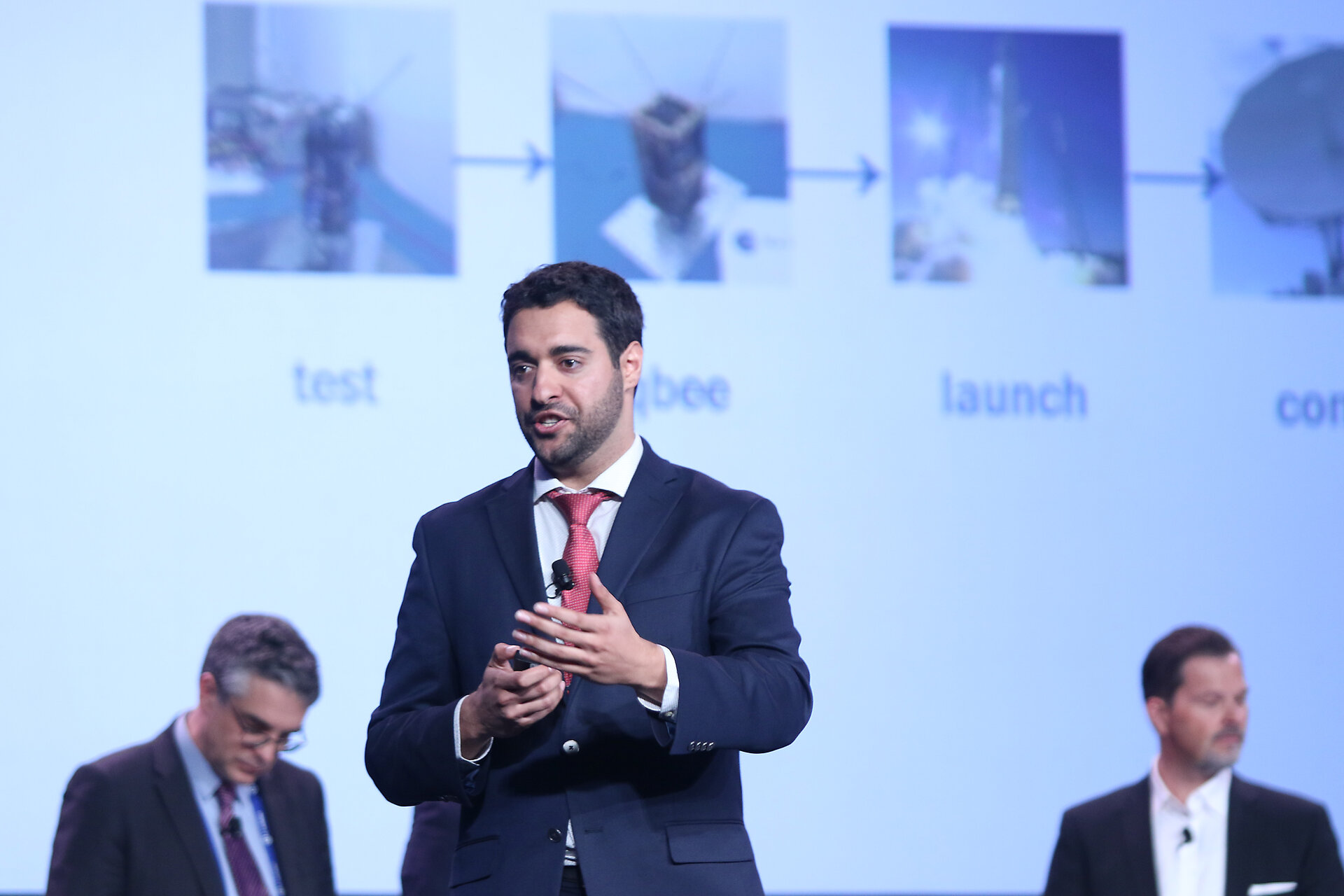 Rafel Jorda Siquier from Open Cosmos, from ESA BIC Harwell in the UK, presented how their one-stop-shop to get into orbit with your own satellite, at "The ESA Story - How new business models disrupt space business" session at the Space Foundation´s 34th Space Conference on 18 April 2018.

They can provide the tools necessary to launch and maintain a satellite into orbit in as little as 10 months. starting from half a million UK pounds.

Their nanosatellites can carry customers´ payloads of up to 20kg in orbit. Open Cosmos manufactures its satellites in-house, procures launch services from partners and operates its satellite fleets using its own satellite operations system while leveraging existing ground segment infrastructure.