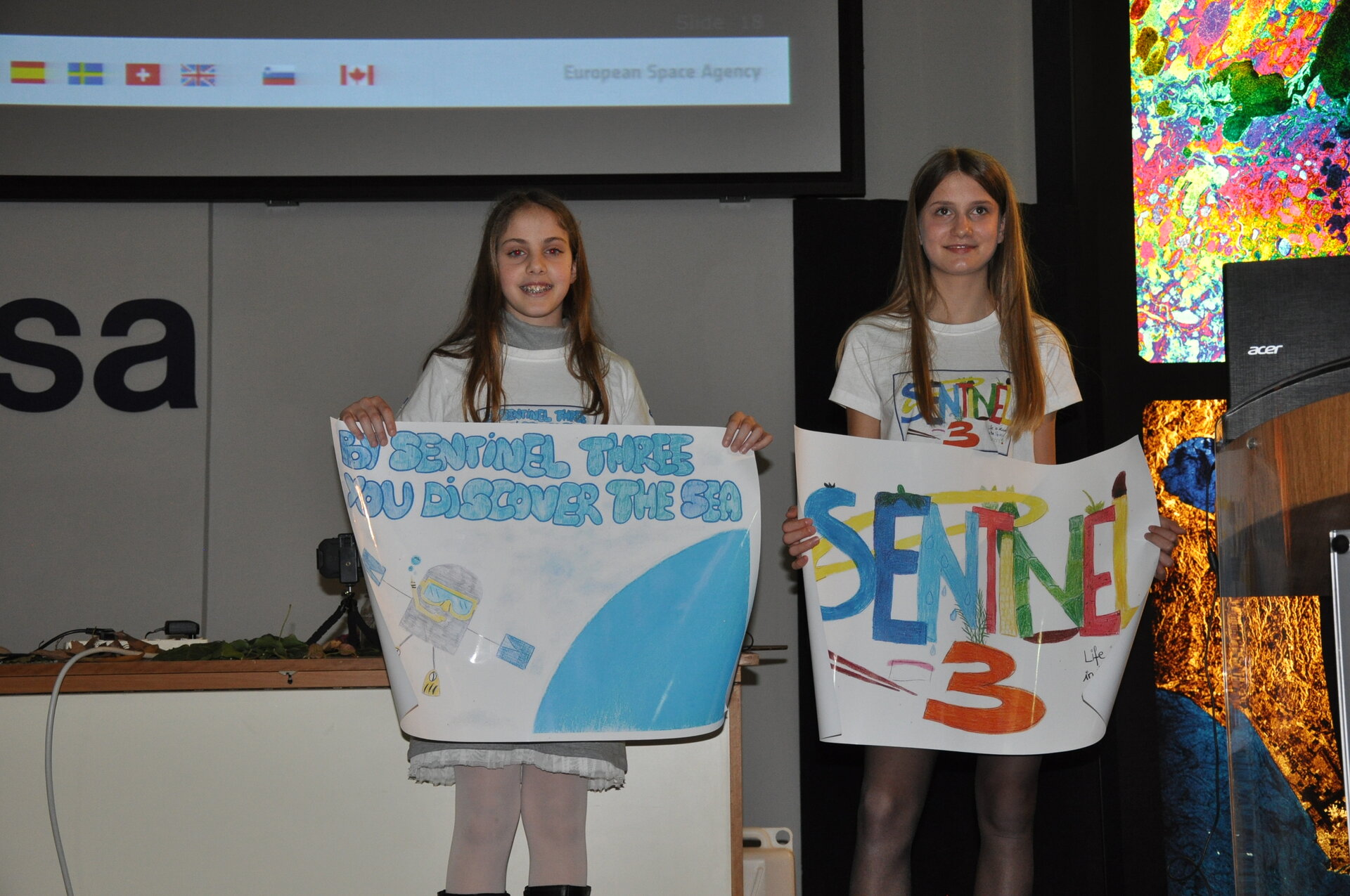 Chiara Giovannoli and Helena Bartsch are the two winners of the Copernicus Sentinel-3 drawing competition. Children were asked to draw the Sentinel-3 satellite and write a slogan that captured the essence of the mission.

Chiara (left) won for the marine-related drawing, while Helena won for her artwork on land applications. They were both awarded their prize by the Director of ESA’s Earth Observation Programmes, Josef Aschbacher. Their winning slogans were also printed on t-shirts given out at this year's event for schools at ESA's centre for Earth observation in Frascati, Italy.