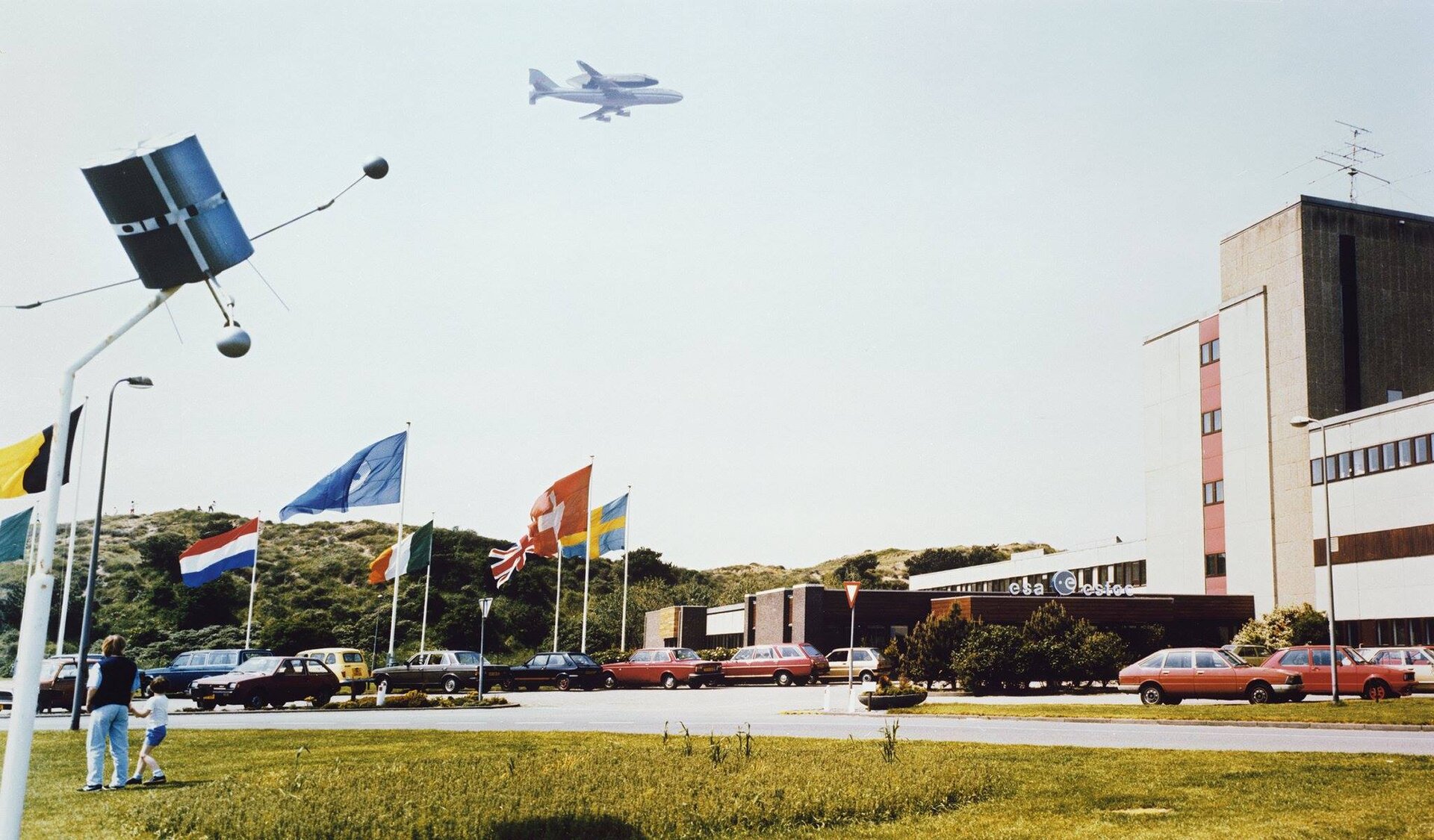 On 5 June 1983, the Space Shuttle Enterprise, taking a 'piggy back' on a specially modified Boeing 747, flew over ESA's technical centre ESTEC in Noordwijk and out along the Dutch coast. The combination was on its way back to the United States after a visit to the Paris Air Show at Le Bourget. It is estimated that half a million people watched the flypast.