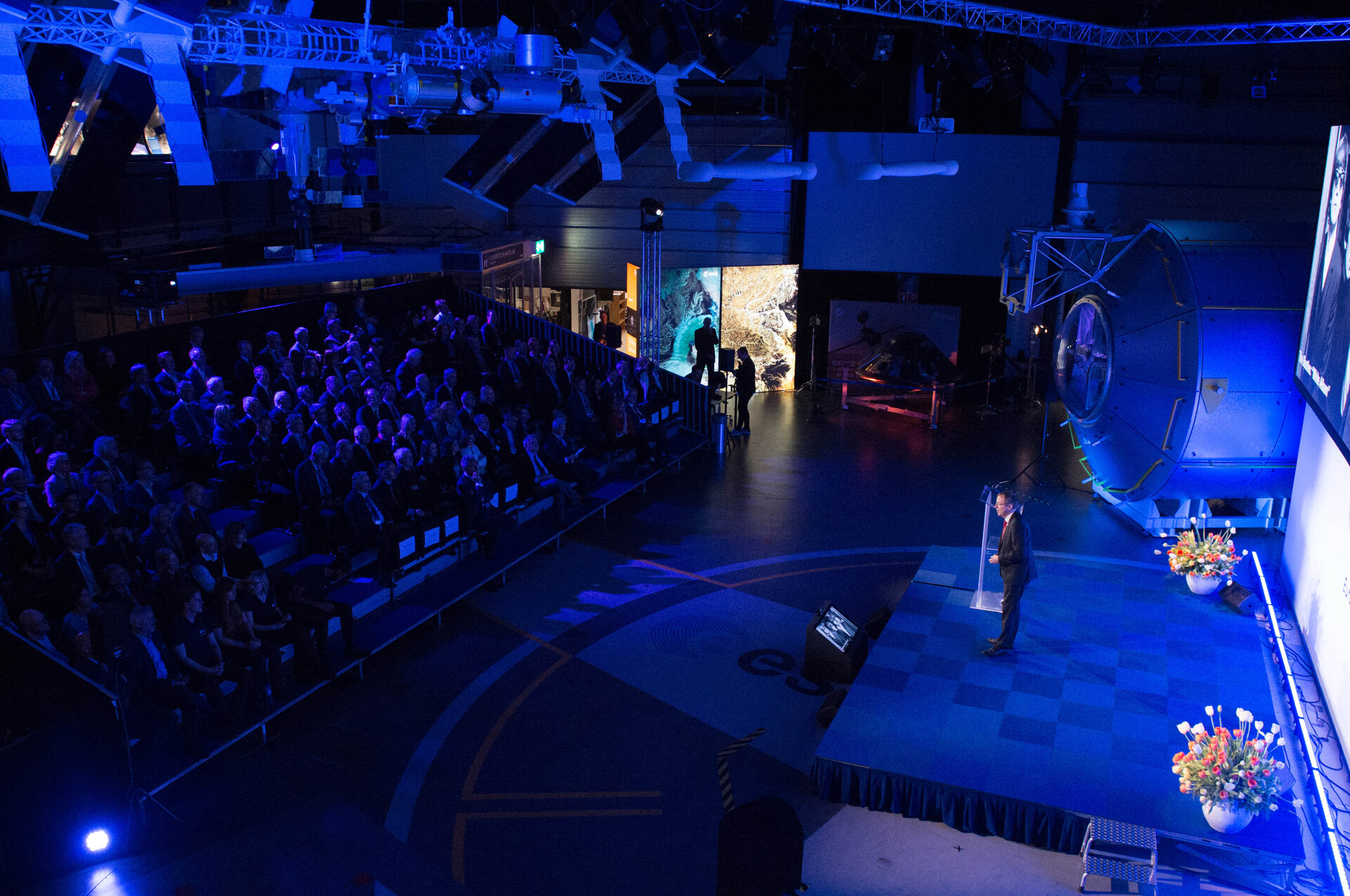 ESA Director General Jan Wörner speaking during the event in the Netherlands on 3 April 2018 to mark 50 years of ESTEC, the European Space Research and Technology Centre, since its royal inauguration in 1968.

The Director General was joined by his predecessor Jean-Jacques Dordain – who spoke of his three decades of working at or with ESTEC. Jan Rijpstra, Mayor of ESTEC’s home town Noordwijk, Franco Ongaro, Head of ESTEC, and Mona Keijzer, Dutch State Secretary for Economic Affairs and Climate.

The event was introduced by ESA astronaut Andre Kuipers, who spoke of his first very time visiting ESTEC – joining hundreds of thousands of other spectators on 5 June 1983 to watch the Space Shuttle Enterprise aboard its Boeing 747 carrier fly over the site on its way back from the Paris Air Show.