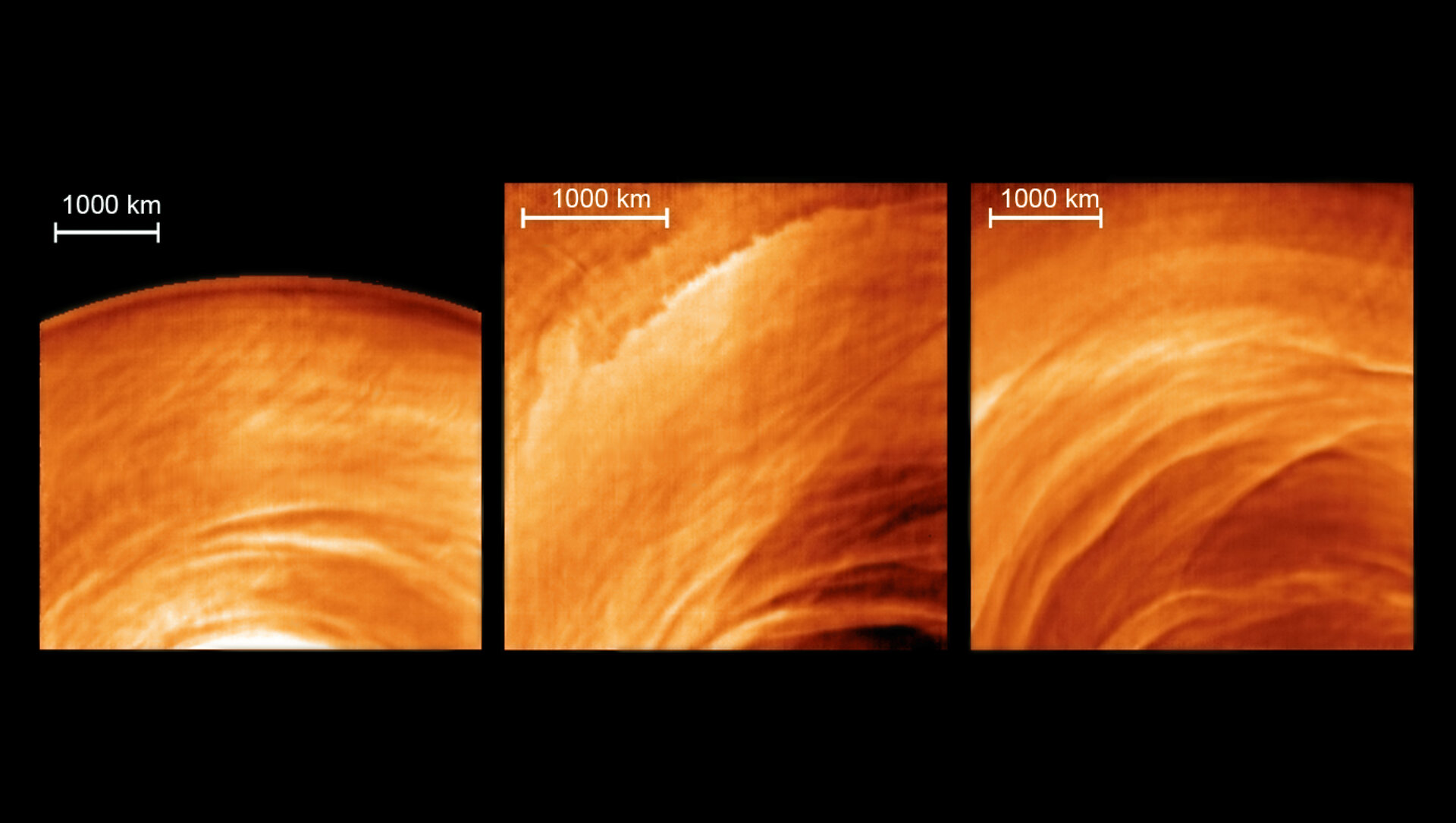 Our sister planet Venus is a dynamic and unusual place. Strong winds swirl around the planet, dragging thick layers of cloud with them as they go. These fierce winds move so speedily that they display ‘super-rotation’: Earth’s can move at up to a fifth of our planet’s rotation speed, but winds on Venus can travel up to 60 times faster than the planet.

Observations from ESA’s Venus Express, which orbited Venus from 2006 to 2014, and other international spacecraft have probed deeper into this wind and cloud in past years, and uncovered some peculiar behaviour.

The side of the planet facing away from the Sun is somewhat more mysterious than the other side, but what we do know shows it to be quite different, with never-before-seen cloud types, shapes and dynamics – some of which appear to be connected to features on the surface below.

Super-rotation appears to behave more chaotically on the night side than the day side, but climate modellers remain unsure why. Night-side clouds also create different patterns and shapes than those found elsewhere – large, wavy, patchy irregular and filament-like patterns – and are dominated by mysterious ‘stationary waves’. These waves rise up within the atmosphere, do not move with the planet’s rotation, and appear to be concentrated above steep and higher-altitude regions of the surface, suggesting that Venus’ topography may well affect what happens in the cloud layers way up above.

Venus Express was launched in 2005 and began orbiting Venus in 2006; the mission ended in December 2014. This image is based on the news item Venus' mysterious night side revealed, published in 2017.