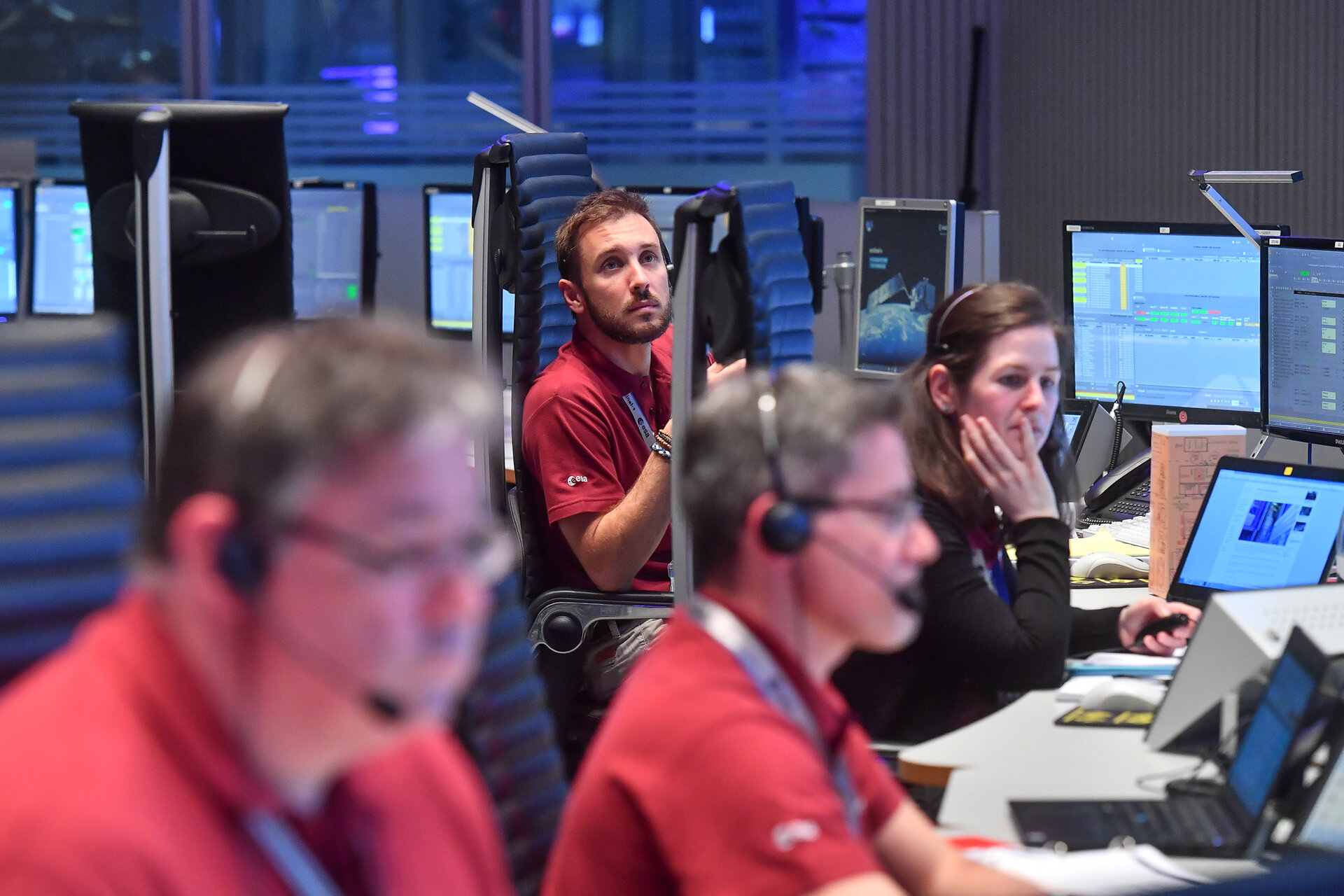 ESA’s mission control team keeping a close watch on the launch and progress of Sentinel-3B as it joined its identical twin, Sentinel-3A, to complete a constellation that will provide global monitoring of Earth’s oceans, land, ice and atmosphere for Europe’s Copernicus environmental monitoring programme.

The first signals were received from space some 93 minutes after liftoff via ESA’s Kiruna ground station in Sweden. Telemetry links and attitude control were immediately established by teams at ESA’s ESOC operations centre in Darmstadt, Germany, allowing them to monitor the health of the satellite and take control of the mission.

For three days, teams will work 24 hours a day to verify its health and status and begin the complex process of bringing it into a stable mode, ready for inflight commissioning.

At the end of the commissioning phase, encompassing the first five months in orbit to test the functionality of the satellite, ESA will hand over operations of the satellite to Eumetsat. ESA and Eumetsat manage the mission jointly with ESA producing land products and Eumetsat marine products for application through the Copernicus services.

Both ESA-developed Copernicus satellites carry four Earth-observing instruments. For the first four months of operation, both Sentinels will fly in tandem, just 223 km apart, which means that Sentinel-3B will be a mere 30 seconds behind Sentinel-3A.

Flying in tandem reveals any subtle differences between the two sets of instruments – measurements should be almost the same given their brief separation. After this, the duo will be moved apart in orbit to a wider, 140° separation to help to measure ocean features, such as eddies, with high accuracy.