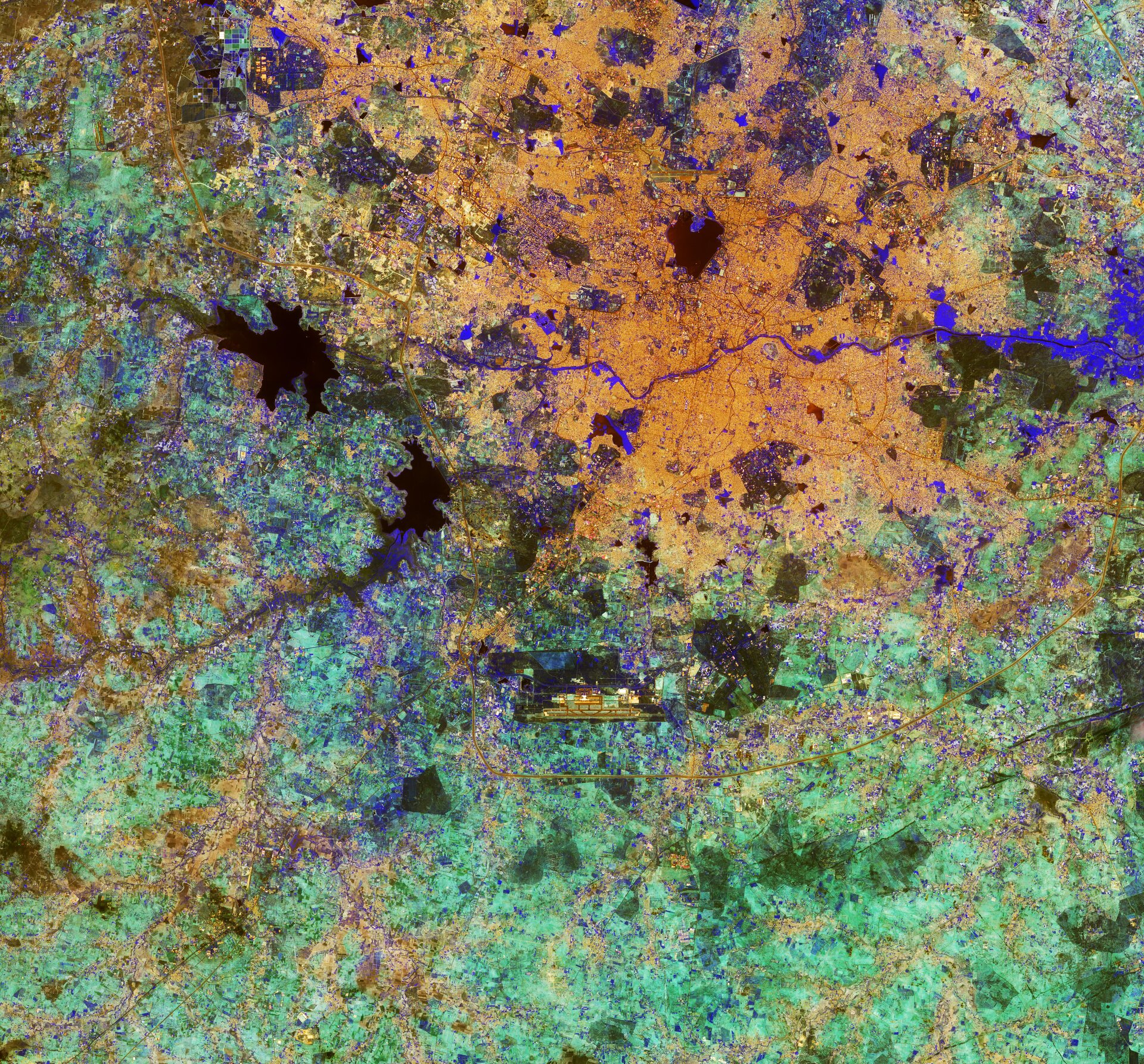 The Copernicus Sentinel-2A satellite takes us over southern India to the capital of Telangana: Hyderabad.

Home to almost seven million people and covering about 650 sq km, Hyderabad is one of the largest metropolitan areas in India. It lies on the banks of the Musi River, which can be seen running across the middle of the image. Although steeped in history, this rapidly growing metropolis has become a hub of commerce and an international centre for information technology, earning it the nickname of Cyberabad.

Captured on 14 May 2017, the image has been processed to highlight the different features in and around the city. The yellow and browns show the built-up centre while the light greens in the surroundings show arid fields. The shades of darker green depict vegetation and areas covered by trees. Interestingly, the bright blue, which appears, for example, along the Musi River and near other water bodies, is also vegetation such as parkland and grass.

While several lakes can be seen in the image, they are gradually being lost. It has been said that the city once had 7000 lakes, but there are now only about 70 and they are being subjected to pollution as the city expands and develops. Even the city’s most famous lake, the heart-shaped Hussain Sagar, is blighted with pollution from agricultural and industrial waste and municipal sewage.

The two identical Copernicus Sentinel-2 satellites carry high-resolution cameras working in 13 spectral bands. Images from the mission can be used to monitor pollution in lakes, changes in vegetation and urban growth.