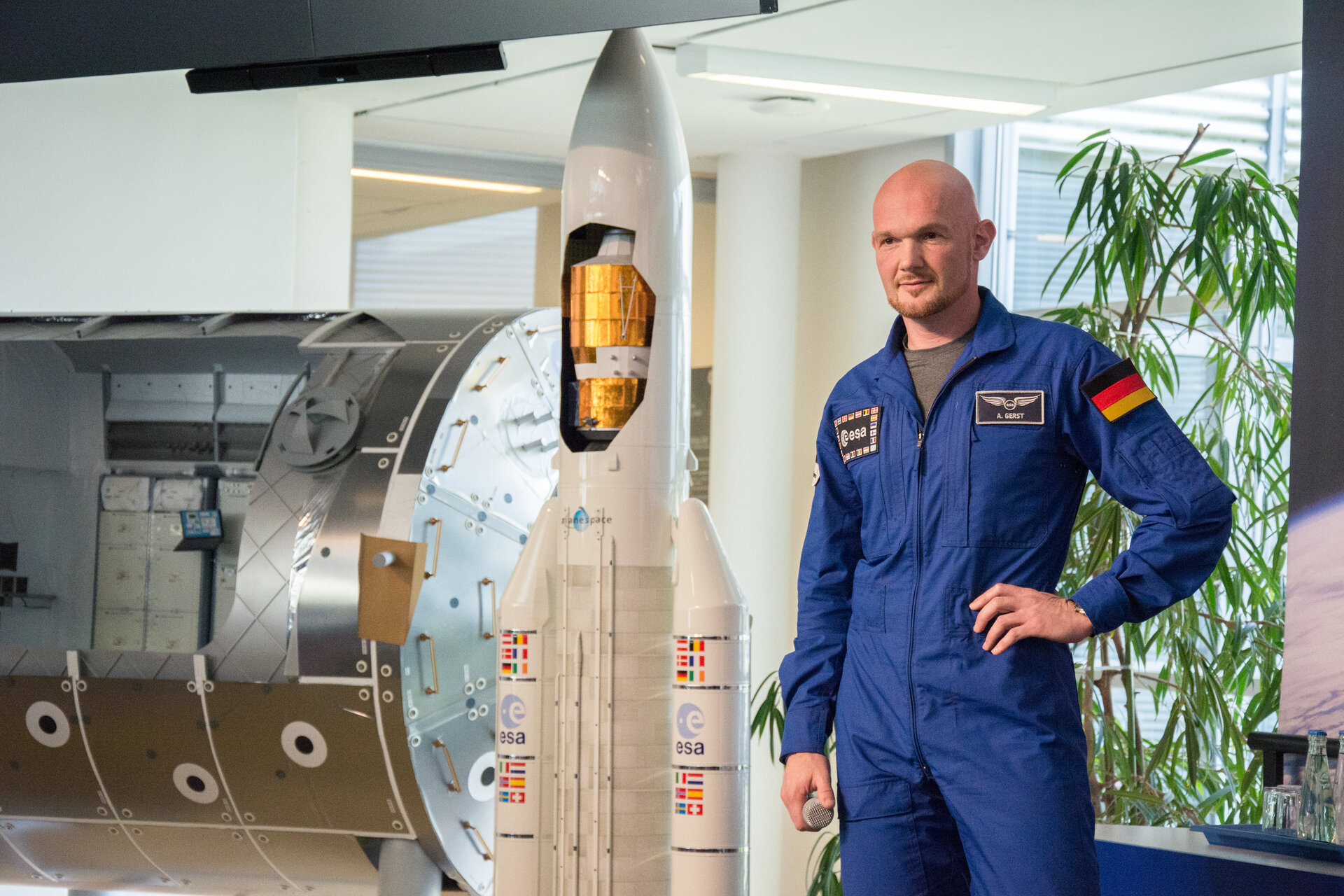 ESA astronaut Alexander Gerst gave his last press conference in Europe ahead of his June launch to the International Space Station for the Horizons mission today.

Over 150 members of the press attended the event at the European Astronaut Centre in Cologne to discuss Horizon’s science goals.

On Alexander’s busy six-month schedule in space are over 65 experiments investigating human cells, airway health, lighter weight materials and technology that will pave the way for lunar exploration.

Alexander remarked on how proud he was to be conducting research that is advancing medicines and vaccinations on Earth as well as human exploration of deep space. He is looking forward to returning to the Columbus laboratory, Europe’s gateway to space research and home to European astronauts, to continue this important work.

During the second half of the Horizons mission Alexander will serve as the Space Station commander. This is the second time a European will hold this leadership role. ESA astronaut Frank de Winne was the first in 2009.

“With the Horizons mission, I want to make people realise that there is always a chance to go beyond their personal horizons, doing something that they have never done before. For me, becoming the Space Station commander for the first time was a learning experience and something that I had to work hard for. It might be scary at the beginning, but then you grow into that position. And at the end, you realise that it was much easier than you thought.”

Watch a replay of the media event here (mostly in German). Follow Alexander via his blog and on social media and learn more about the Horizons mission in this online brochure.