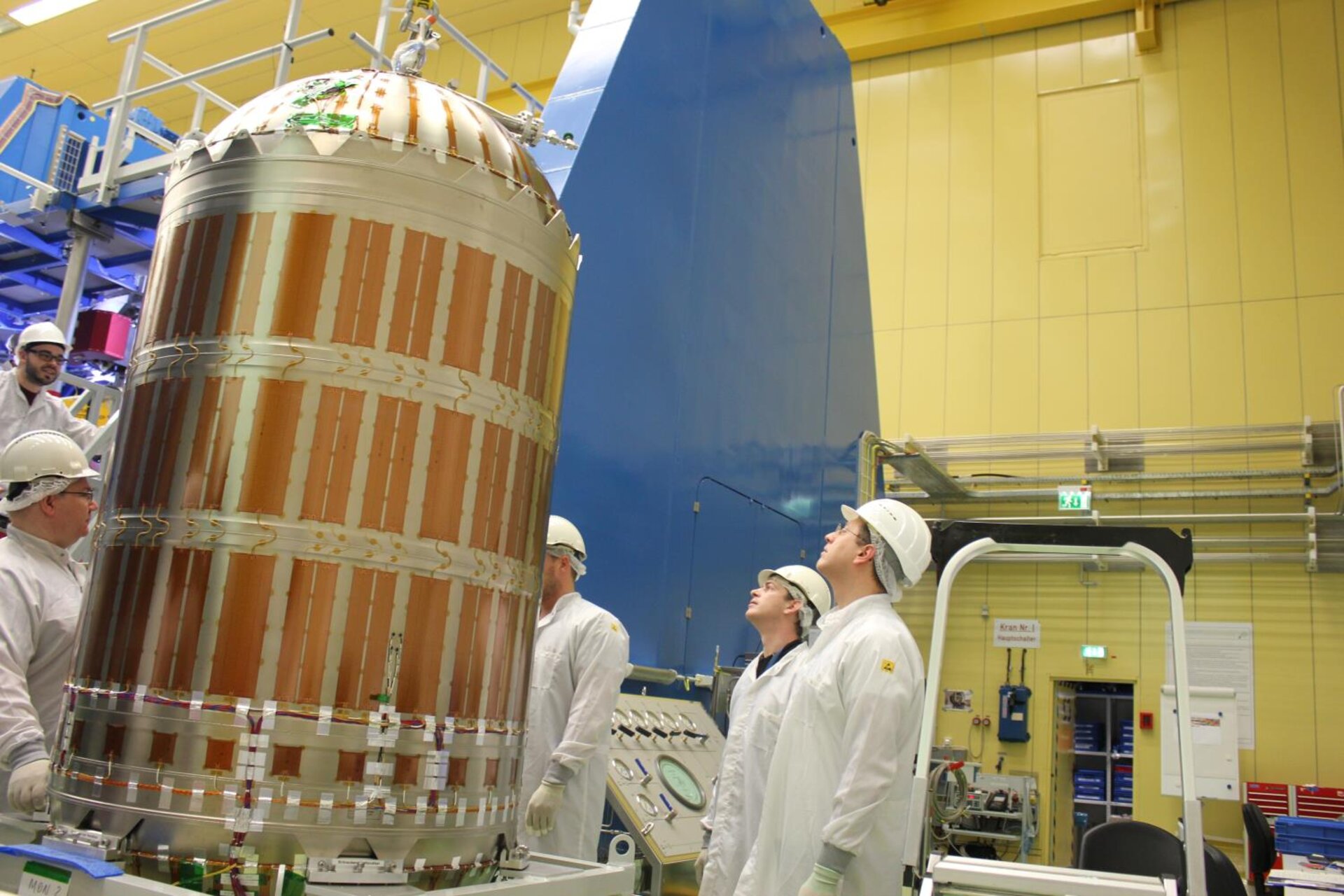 Fitting the tanks in the European service module that will provide power, water, air and electricity to NASA’s Orion Moon module at the Airbus assembly hall in Bremen, Germany.

The large tanks that will provide propellant for the spacecraft are now fitting snuggly inside the spacecraft. The four tanks will each contain about 2000 litres of propellant. In the vacuum of space there is no air to burn so spacecraft fuel tanks include oxidiser and fuel that are mixed to ignite and provide thrust.

More on Orion at esa.int/orion