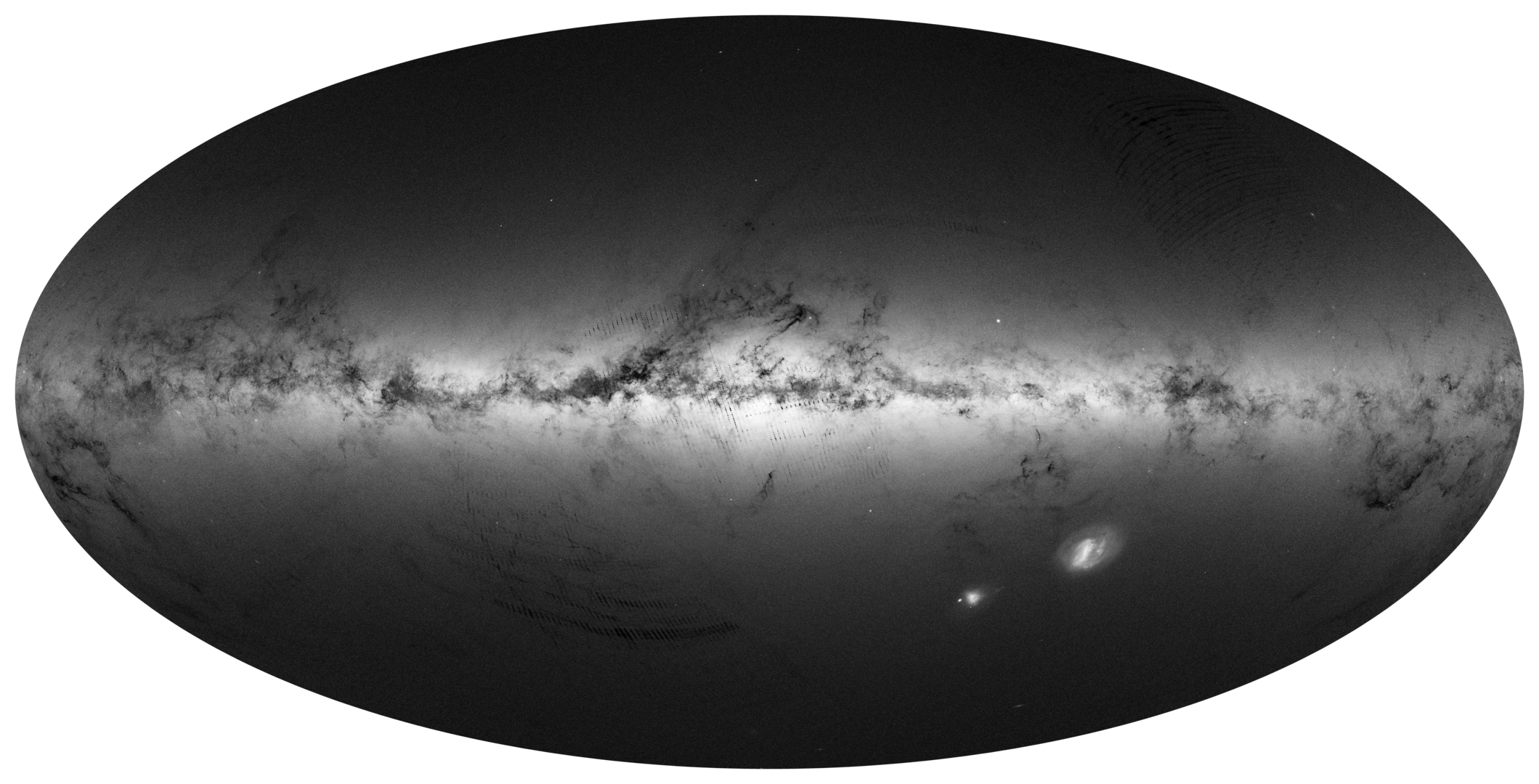 An all-sky view of stars in our Galaxy – the Milky Way – and neighbouring galaxies, based on the first year of observations from ESA's Gaia satellite, from July 2014 to September 2015. It was compiled by mapping the total amount of radiation, or flux, detected by Gaia in each pixel of the image.

As opposed to the all-sky view based on the total density of stars, which shows the distribution of all stars across the sky, this view is dominated by the brightest, most massive stars and therefore provides complementary information. In some spots, these stars outshine their less bright, lower-mass counterparts.

The bright, horizontal structure visible in this image is the Galactic Plane, where most of the stars in our Milky Way reside. Darker regions across the Galactic Plane correspond to dense clouds of interstellar gas and dust that absorb starlight along the line of sight.

Many globular and open clusters – groupings of stars held together by their mutual gravity – are also sprinkled across the image. The two bright objects in the lower right of the image are the Large and Small Magellanic Clouds, two dwarf galaxies orbiting the Milky Way.

The artefacts reflecting Gaia's scanning procedure that stand out in the all-sky map based on stellar density from the mission's first data release are less prominent in this view; these patterns are caused by the not yet uniform coverage of the sky at the time, and as such they most affect the faintest stars in the survey.

This image was produced by André Moitinho, Márcia Barros, Carlos Barata from the University of Lisbon, Portugal, and Hélder Savietto from Fork Research, Portugal. The creation of this and other similar images is described in the paper "Gaia Data Release 1: The archive visualisation service" by A. Moitinho et al. 2017, A&A, 605, A52.