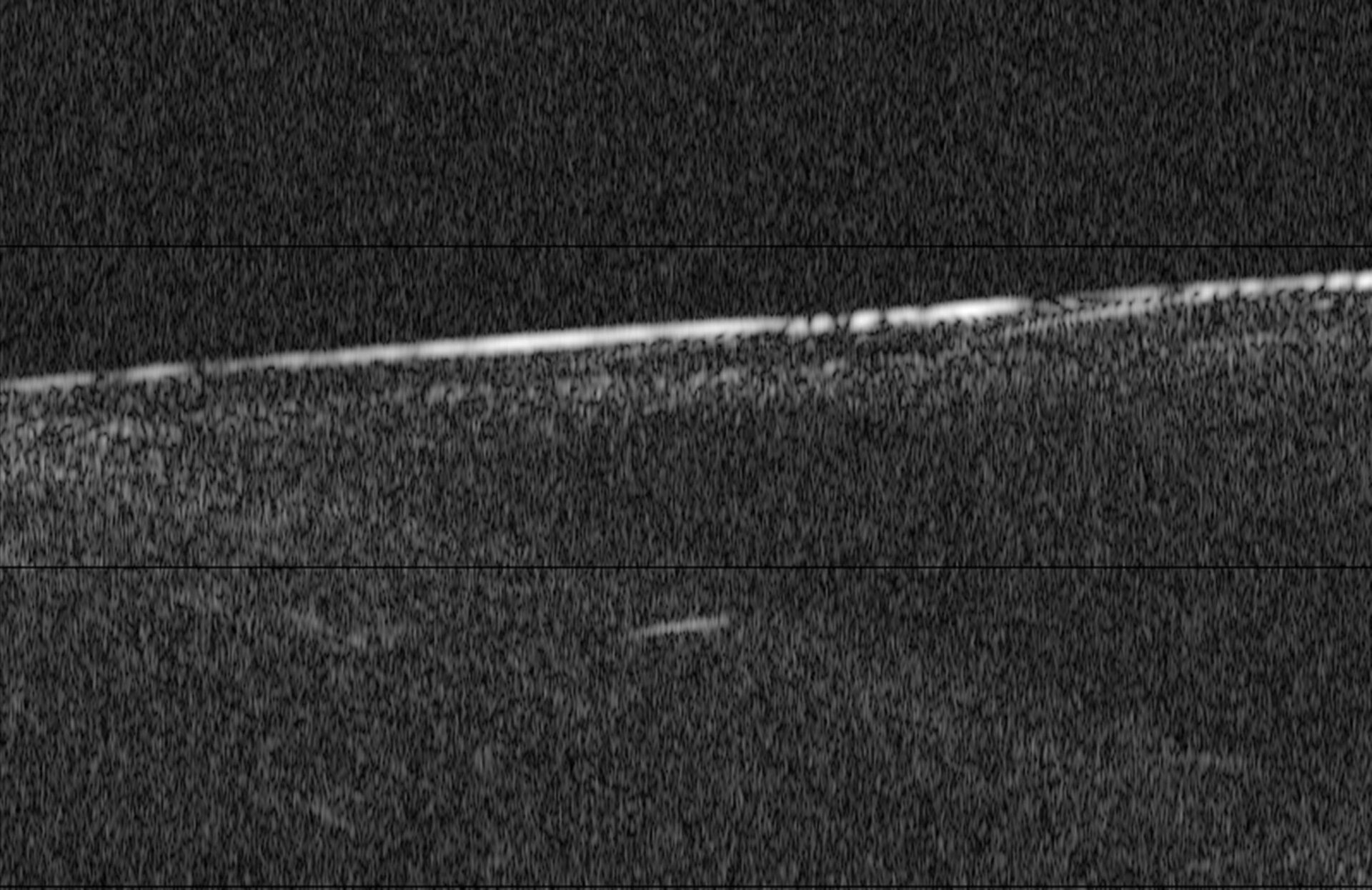 Searching for signs of ice on Mars is complex. To explore whether ice lurks beneath the surface of the Red Planet, ESA’s Mars Express uses its radar to probe the interior.

It sends low-frequency radio pulses at Mars and records how they are returned to the spacecraft. These pulses can penetrate some of the material comprising the planet’s crust, bouncing back to Mars Express when they reach a layer of a different density or composition. By analysing the time delays of these returned pulses, scientists can determine the properties of material lying beneath the surface.

This image shows radar echoes from Meridiani Planum, an area near Mars’ equator that is also being explored by NASA’s Opportunity rover.

In the image, reflected echoes from the surface and subsurface, separated in time delay, are plotted along the ground track of the spacecraft’s orbit. The bright white line crossing the frame marks the surface of Mars, while the faint, more diffuse line just below represents echoes from the base of a layer of buried material located far below the surface.

The surface of Meridiani Planum is full of volcanic sands that are known to contain minerals that formed in the presence of water in the planet’s distant past. Previously, it was unclear what kinds of materials lay beneath the surface here, but the Mars Express radar has now penetrated the deposits and revealed that they have a similar property to ice.

However, a recent study instead suggests an ice-free explanation, showing that these radar properties could just as easily be explained by a thick layer of porous sand – perhaps blown into the region by winds. Unlike other geologic materials, such as volcanic ash or very fine dust, a thick layer of sand-sized particles may produce properties in the radar akin to that of an ice-rich deposit.

The echoes are thought to be reflections from the boundary between Meridiani Planum deposits below the surface, and cratered terrain lying deeper still.

These results highlight the difficulty in finding buried ice, and will help scientists to identify areas with and without accessible water ice: a resource critical to the future human exploration and possible colonisation of Mars.

This radargram was obtained by the Mars Advanced Radar for Subsurface and Ionosphere Sounding instrument, MARSIS, in April 2016. The image covers a width of about 80 km. North is to the left (see annotated version in the published paper for more details).