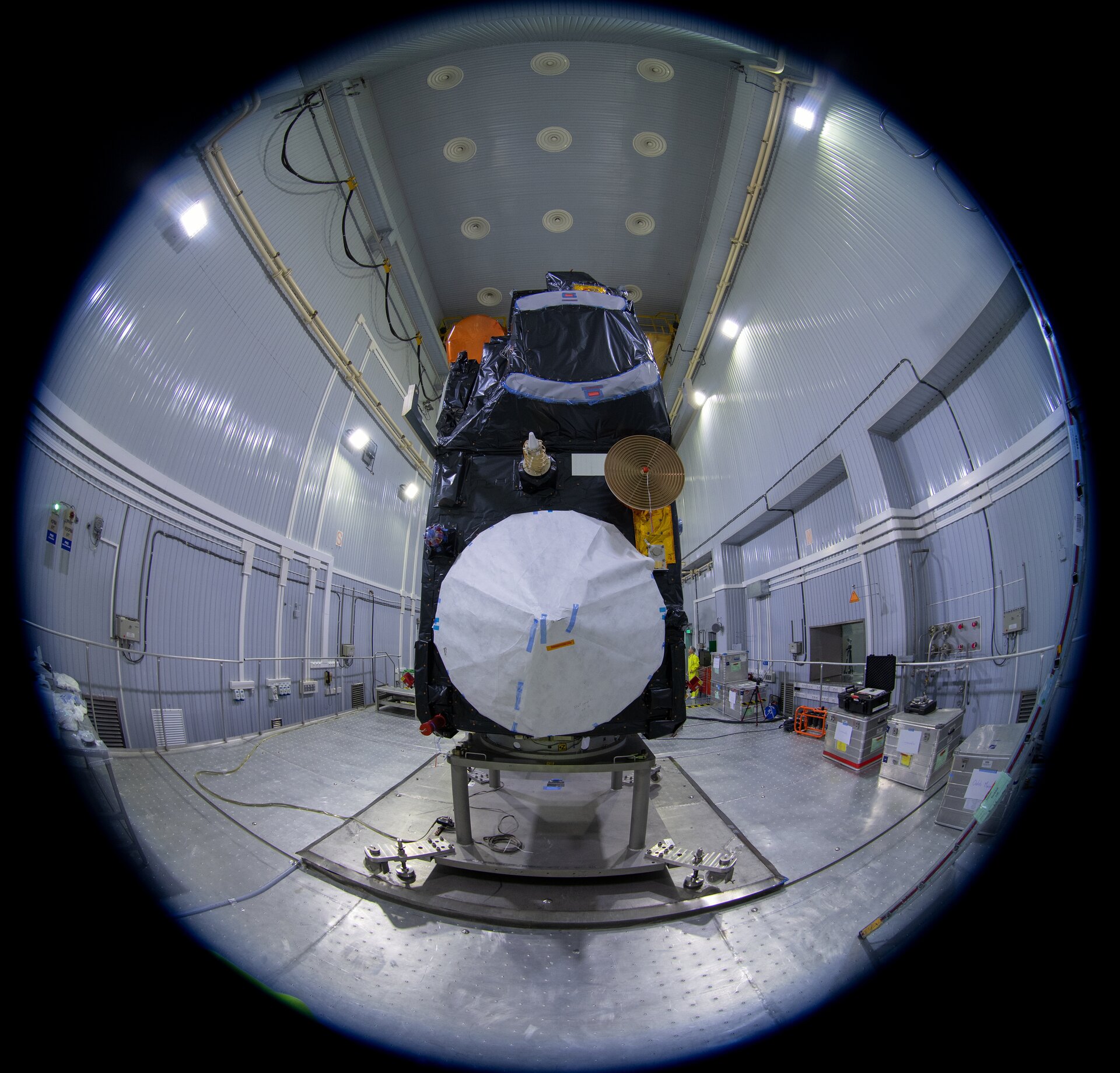 Sentinel-3B being mated with the Rockot adapter

The Copernicus Sentinel-3B satellite being mated with the Rockot adapter at the Plesetsk Cosmodrome in northern Russia.
The satellite is being prepared for liftoff, scheduled for 25 April 2018. Its identical twin, Sentinel-3A, has been in orbit since February 2016. The two-satellite constellation offers optimum global coverage and data delivery for Europe’s Copernicus environment programme.