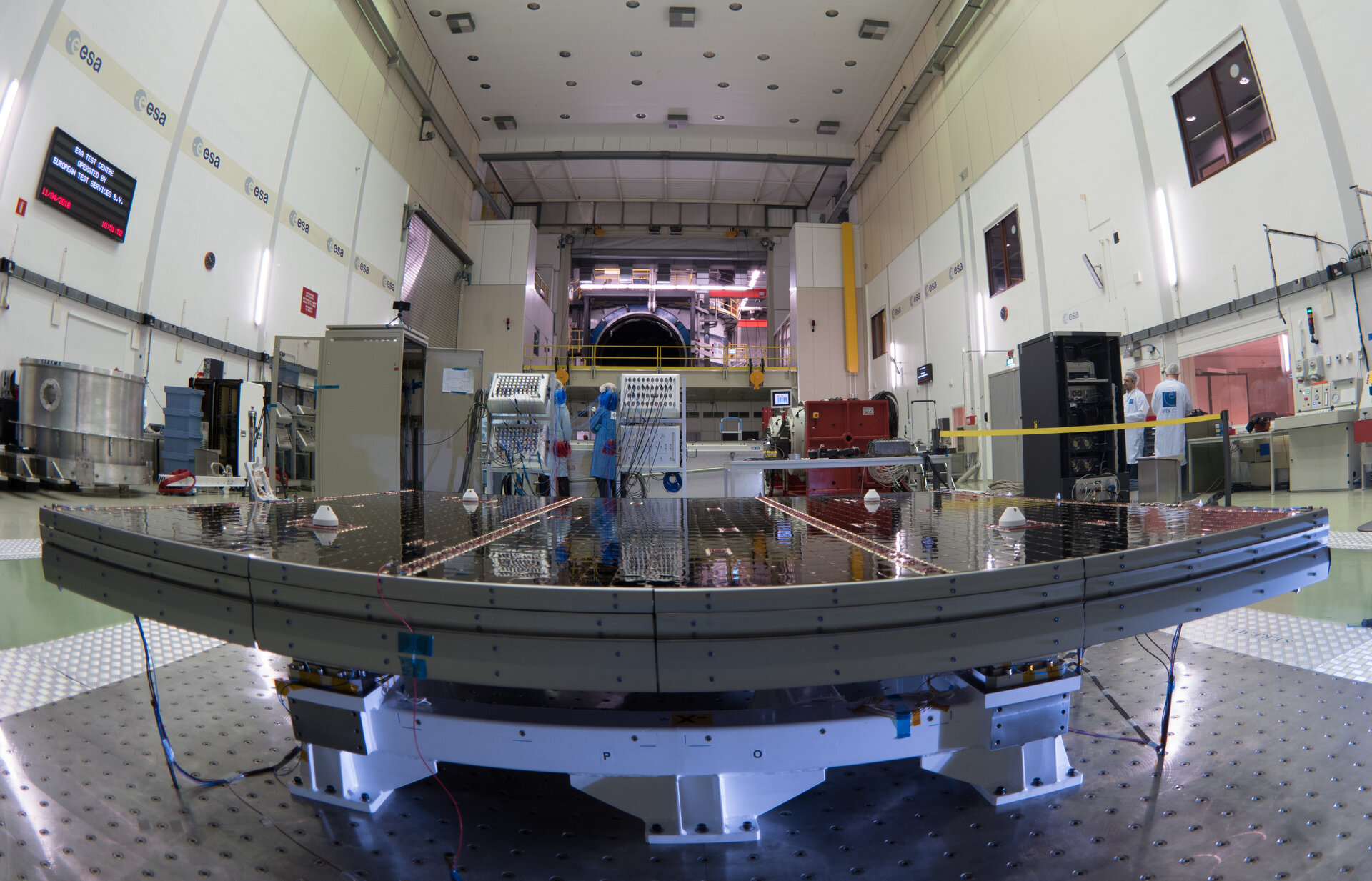 The solar arrays that will provide electricity to the Orion spacecraft were put through launch-day paces at ESA’s Test Centre in the Netherlands to verify that they can handle the rigours of the trip around the Moon.

The wings are seen here on the shaking table that vibrates with the full force of a rumbling rocket. They were also placed in front of enormous speakers that recreate the harsh conditions they can expect on launch day. The solar arrays passed with flying colours.

The wings will be tested on how they deploy before shipping to Bremen, Germany, for integration with the European service module. ESA’s contribution to the Orion mission will provide power, propulsion, water, and air.

The first mission will take Orion around the Moon without astronauts and is scheduled for a 2019 launch. The solar panels will be folded inside the rocket fairing, once released from NASA’s Space Launch System rocket they will unfold and rotate towards the Sun to start delivering power.

With solar wings tested and fuel tanks installed, Orion is one step closer to its maiden voyage.