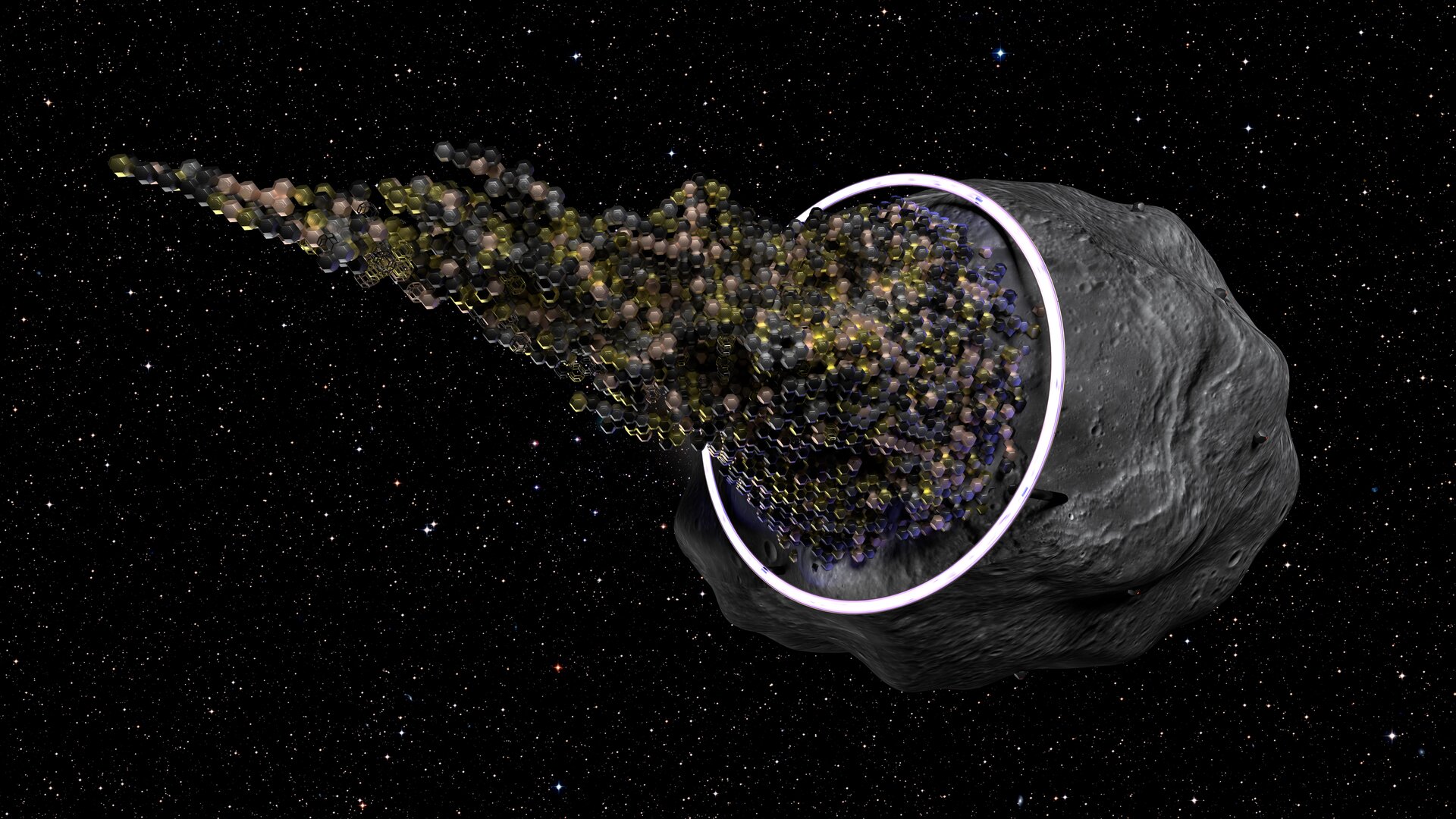 A group of students and researchers at Delft University of Technology are designing a starship capable of keeping generations of crew alive as they cross the gulf between stars – and they’ve turned to ESA for the starship’s life support.

DSTART, the TU Delft Starship Team, is bringing together a wide variety of disciplines to perform advanced concepts research for a resilient interstellar space vehicle, to be constructed from a hollowed-out asteroid. The aim is not just to focus on the necessary technology, but also to consider the biological and social factors involved in making such a gargantuan voyage feasible.

“We need self-sustaining and evolvable space technology capable of enduring the many decades needed to journey from our Solar System to another,” explains DSTART leader Angelo Vermeulen, currently studying for his systems engineering PhD at TU Delft.

“As part of that, we are looking at the kind of regenerative life-support system pioneered by the ESA-led MELiSSA (Micro-Ecological Life Support System Alternative) programme.”

The 11-nation MELiSSA programme seeks to build a system, inspired by a natural aquatic ecosystem, to efficiently convert organic waste and carbon dioxide into oxygen, water and food.

A MELiSSA pilot plant in Spain’s Autonomous University of Barcelona hosts an airtight multi-compartment loop with a 'bioreactor' powered by light and oxygen-producing algae to keep ‘crews’ of rats alive and comfortable for months at a time. While the algae yield oxygen and trap carbon dioxide, the rats do exactly the reverse.

The bioreactor with oxygen-producing algae was recently demonstrated on the International Space Station.

“The MELiSSA concept gives the starship its baseline life support,” adds Angelo, a biologist and artist who in 2013 served as crew commander of the NASA HI-SEAS Mars simulation base in Hawaii. “Meanwhile, we’re also integrating other technologies such as 3D printing and asteroid mining into our design.”

Next month the DSTART team will present the first version of their starship-scale MELiSSA computer simulation at the AgroSpace-MELiSSA workshop in Rome. The simulation allows the team to test the robustness of the MELiSSA system as it travels through deep space across extended periods of time.

For more information on the DSTART project, click here.