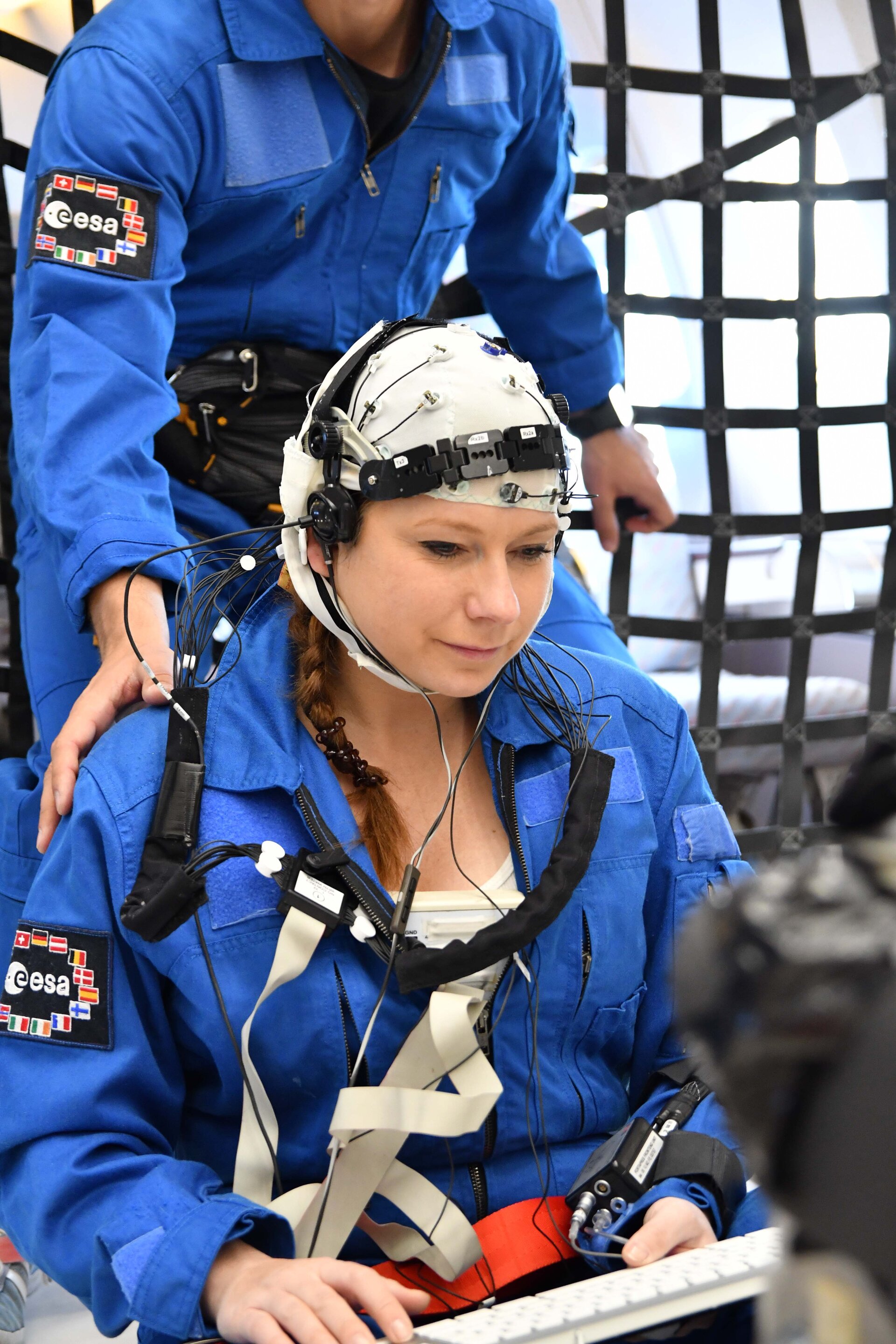 Three different studies during the latest ESA parabolic flight campaign showed how shots of weightlessness wake up the brain, but disorient it, too. Participants volunteered to throw their brains off balance by experiencing microgravity without leaving Earth, onboard the Zero-G plane.

The aircraft, operated by Novespace in Bordeaux, France, offers up to 90 periods of weightlessness, 20 seconds at a time.

Removing the sense of weight for short periods of time has a direct – and varied – impact on cognition and spatial memory. While volunteers got better at multitasking and solving demanding equations, they found it more difficult to navigate in new environments.

Recordings of brain activity and tests to monitor attention and arithmetic skills confirmed that there is a significant increase in performance during short-term exposure to microgravity.