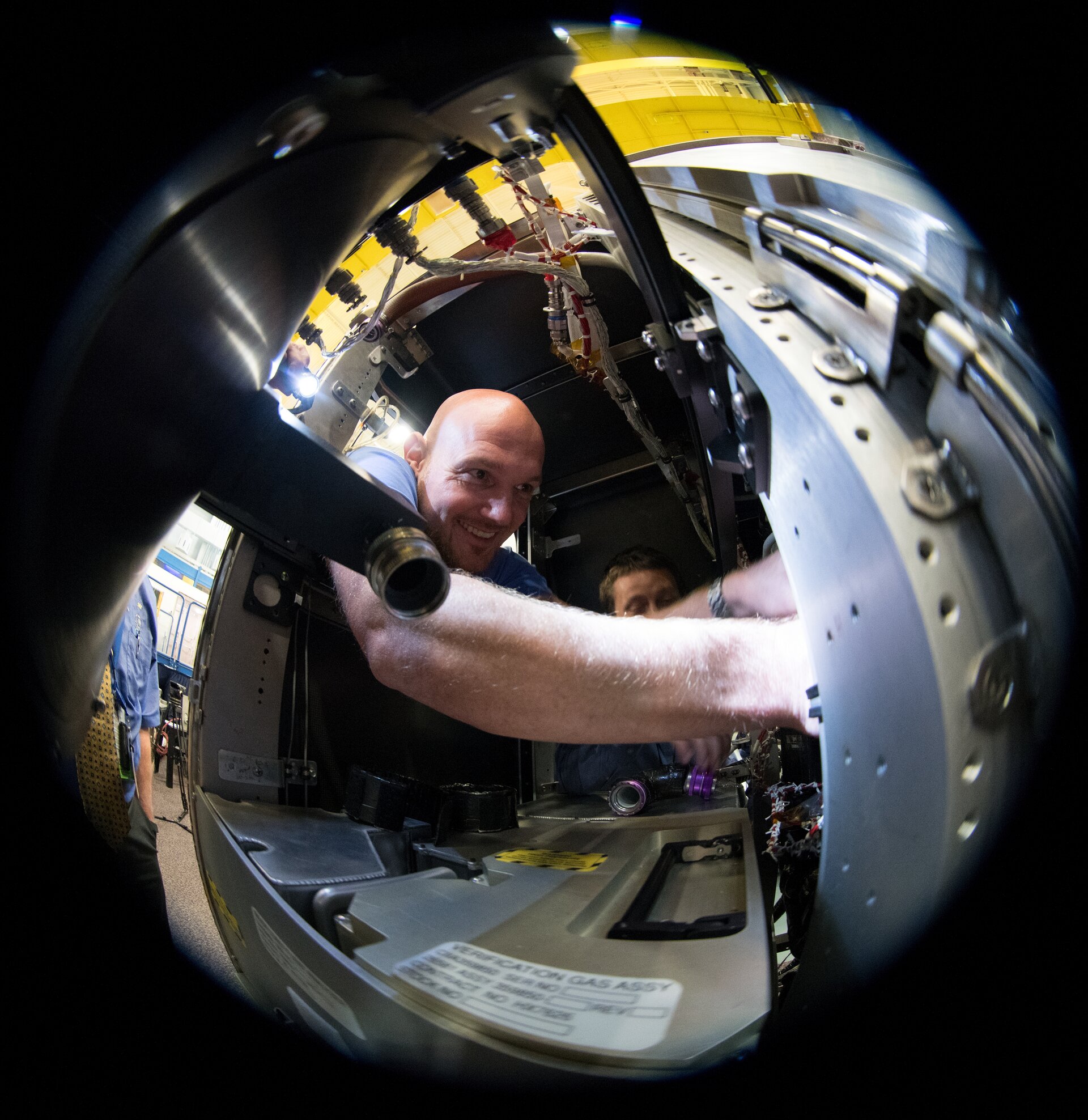 ESA astronaut Alexander Gerst during his last week of training at NASA's Johnson Space Center in Houston, USA. Alexander reviewed the main tasks he has to perform during his mission. His training started two years ago and has moved from general maintenance classes to specific tasks related to the Horizons mission.

Among these tasks are work on the airlock, the replacement of umbilical equipment for Extra Vehicular Activities (EVAs), testing of tools, review of experiments, making repairs and checking the Leonardo Multi-Purpose Logistics Module.