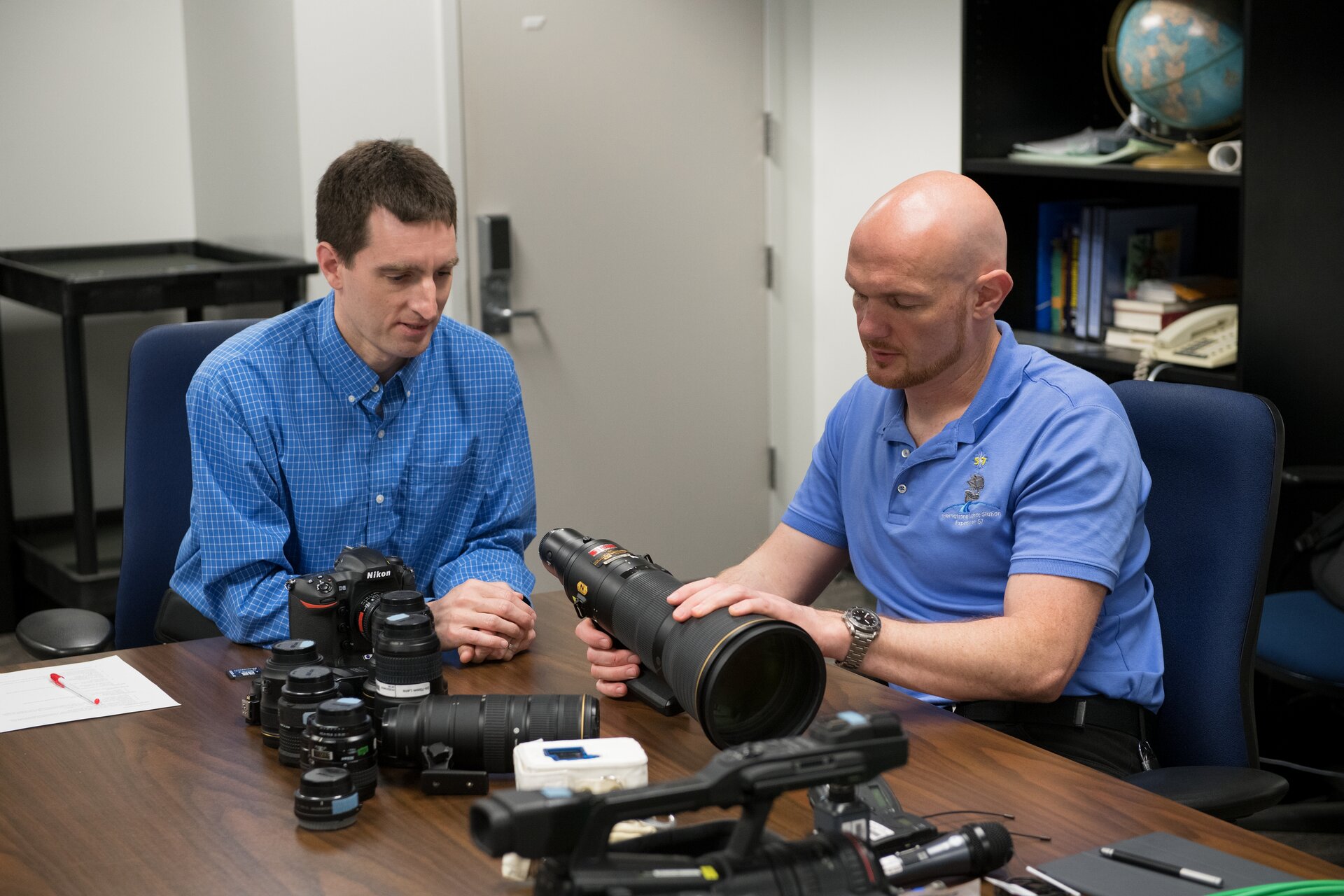 ESA astronaut Alexander Gerst reviews camera equipment during training at NASA’s Johnson Space Center in Houston, USA ahead of his launch to the International Space Station.