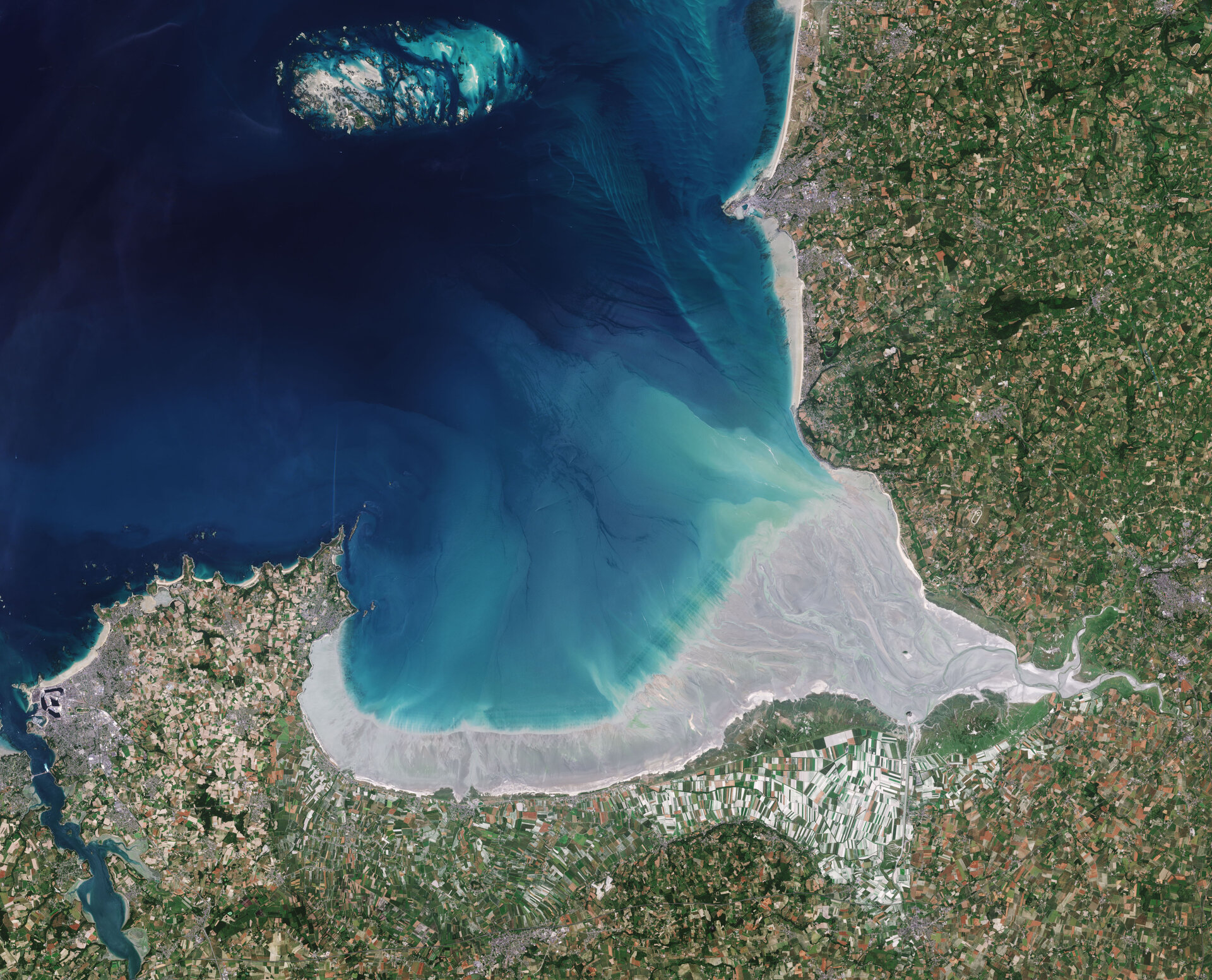 The Copernicus Sentinel-2 mission takes us over the Bay of Mont Saint-Michel in northern France.

Lying between Brittany to the west and Normandy to the east, this remarkable bay, which is listed as a UNESCO world heritage site, sees some of the biggest tides in continental Europe. There can be up to 15 m difference between low and high water. When spring tides peak, the sea recedes about 15 km from the coast and when it returns it does so very quickly, making it a dangerous place to be. Sentinel-2 captured this image when the tide was out so that the vast area of sand dunes is exposed cut by meandering channels of shallow water. Three rivers empty into the bay: the Couesnon, the Sée and the Sélune.

The famous rocky islet of Mont Saint-Michel, visible as a small dark spot in the south of the bay, is about 1 km from the mouth of the Couesnon. Home to a Benedictine monastery and village, Mont Saint-Michel is also a UNESCO world heritage site and a mecca for tourists.

The bay, however, has been prone to silting up in the last couple of centuries. Actions by man, including farming and the building of a causeway to the island monastery, have added to this problem. A major campaign has ensured that Mont-Saint-Michel preserves its maritime character and remains an island. The main river into the bay, the Couesnon, for example, is being left to flow more freely so that sediments are washed out to sea.

This image, which was captured on 21 June 2017, is also featured on the Earth from Space video programme.