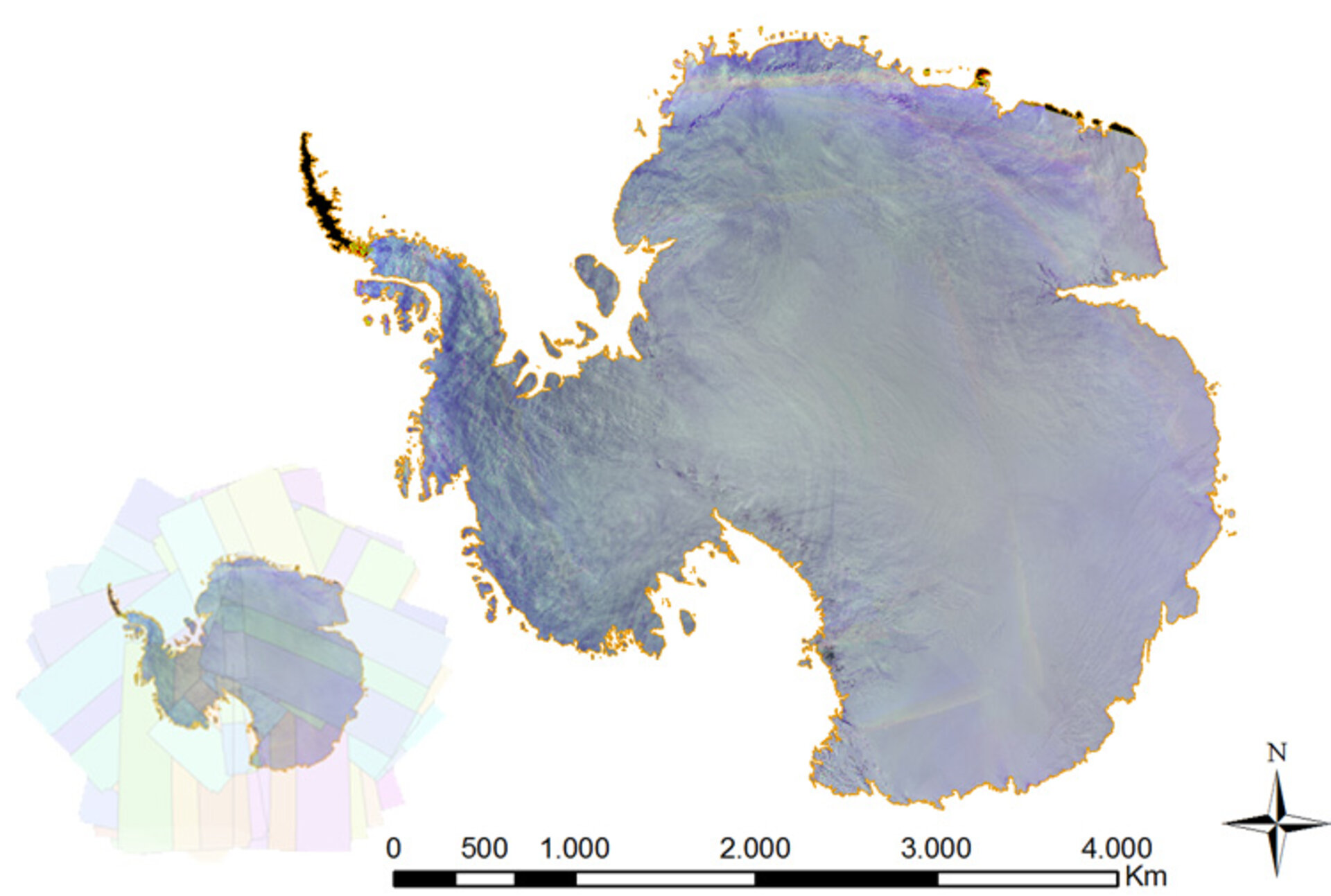 ESA’s Proba-V minisatellite has imaged all of the Antarctic after users asked for a survey of the icy southern continent. Proba-V collected the data between November 2017 and February 2018.

Imagery is available at 1 km, 300 m and 100 m resolution. For information on how to access it, click here.

Monday 7 May will mark Proba-V’s fifth anniversary in space. At the end of this month a symposium will bring researchers together to discuss the work being performed using the minisatellite.