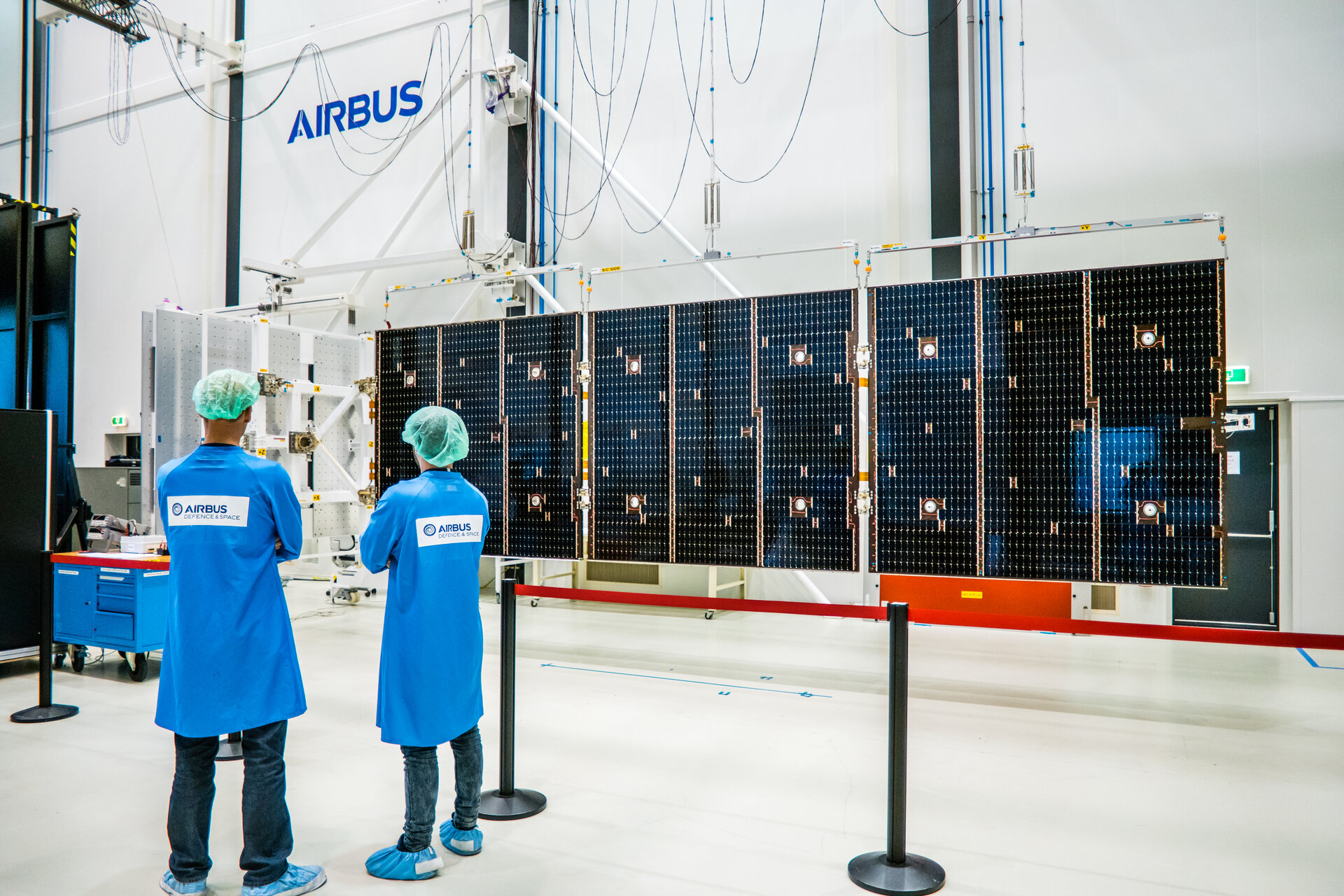 The last time the solar wings of the European Service Module that will power the Orion spacecraft were featured, they were on a shaker table. They were exposed to launch vibrations and intense acoustic excitation at ESA’s Technical Centre in the Netherlands, to ensure they can survive the loud and shaky ride into space.

Having successfully passed these tests at ESA’s Technical Centre, the wings moved on to an Airbus’ clean room in Leiden, the Netherlands, for deployment testing. The solar wings are folded for launch but need to unfold once the Orion spacecraft is in space to start converting solar rays into electricity.

The fully deployed wings imaged here passed those tests as well, deploying in under two minutes, well within the 5 minute requirement. With the flick of a switch, thermal knives were energized, cutting through restrain cables to release the hold-downs in pairs.

The first mission will take Orion around the Moon without astronauts and is scheduled for a 2019 launch. The solar panels will be folded inside the rocket fairing. Once released from NASA’s Space Launch System rocket they will unfold and rotate towards the Sun to start delivering power.

The solar wings are headed next to Bremen, Germany, where the wings will be integrated with the European service module. From there the service module is set to ship to the USA this summer for further tests and integration with the crew module adaptor.