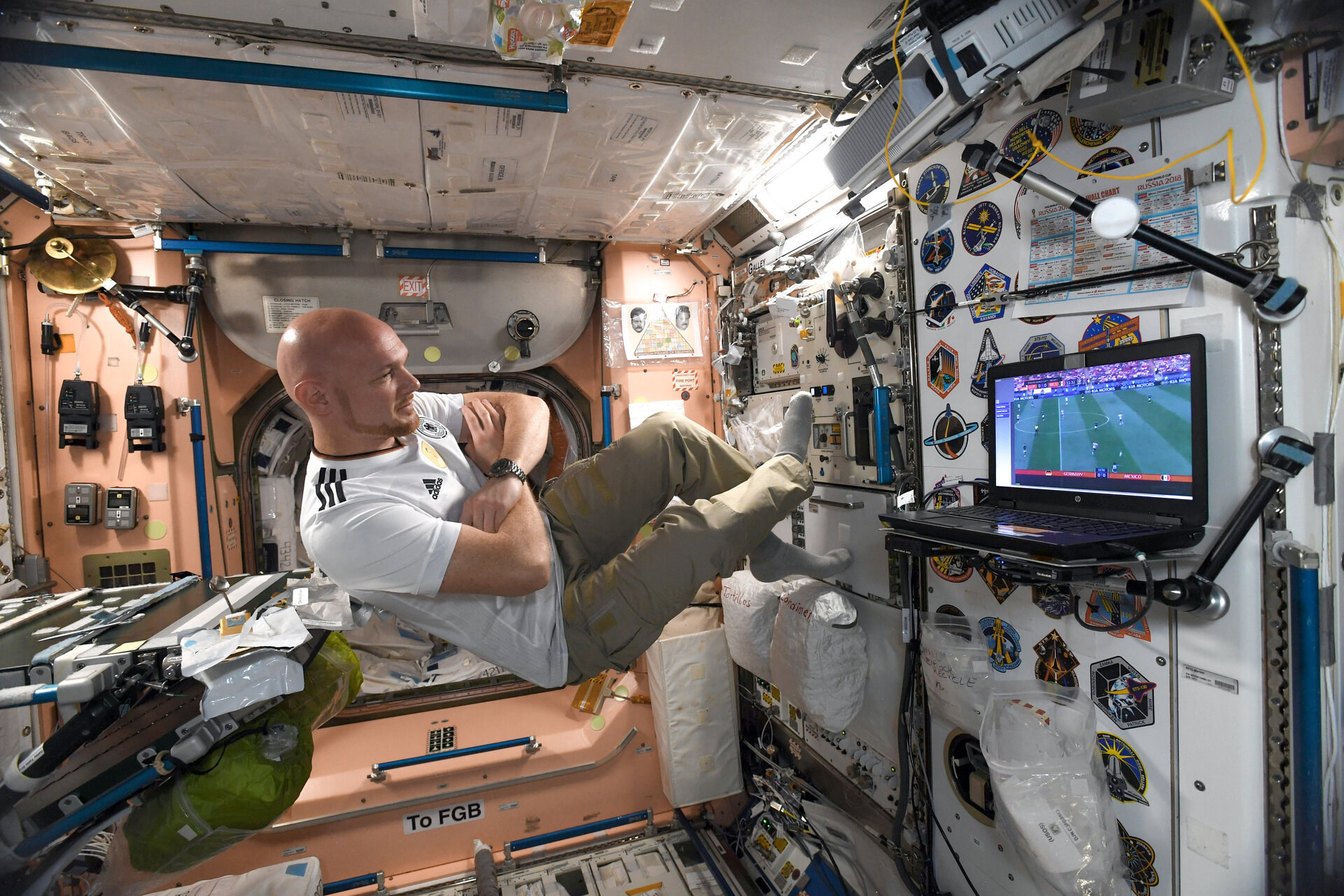 ESA astronaut Alexander Gerst watching the 2018 FIFA World Cup football match between his home country Germany and Mexico on Sunday, 17 June. He posted this picture on social media after the game had finished, commenting: "To the German national team: The first game still counts as dress rehearsal! ;) Congratulations to Mexico, great match by both teams. Fingers crossed for the next game from the ISS!"

Alexander Gerst is currently on his second mission to the International Space Station for Expeditions 56 and 57. The mission is part of ESA’s vision to use Earth-orbiting spacecraft as a place to live and work for the benefit of European society while using the experience to prepare for future voyages of exploration further into the Solar System.