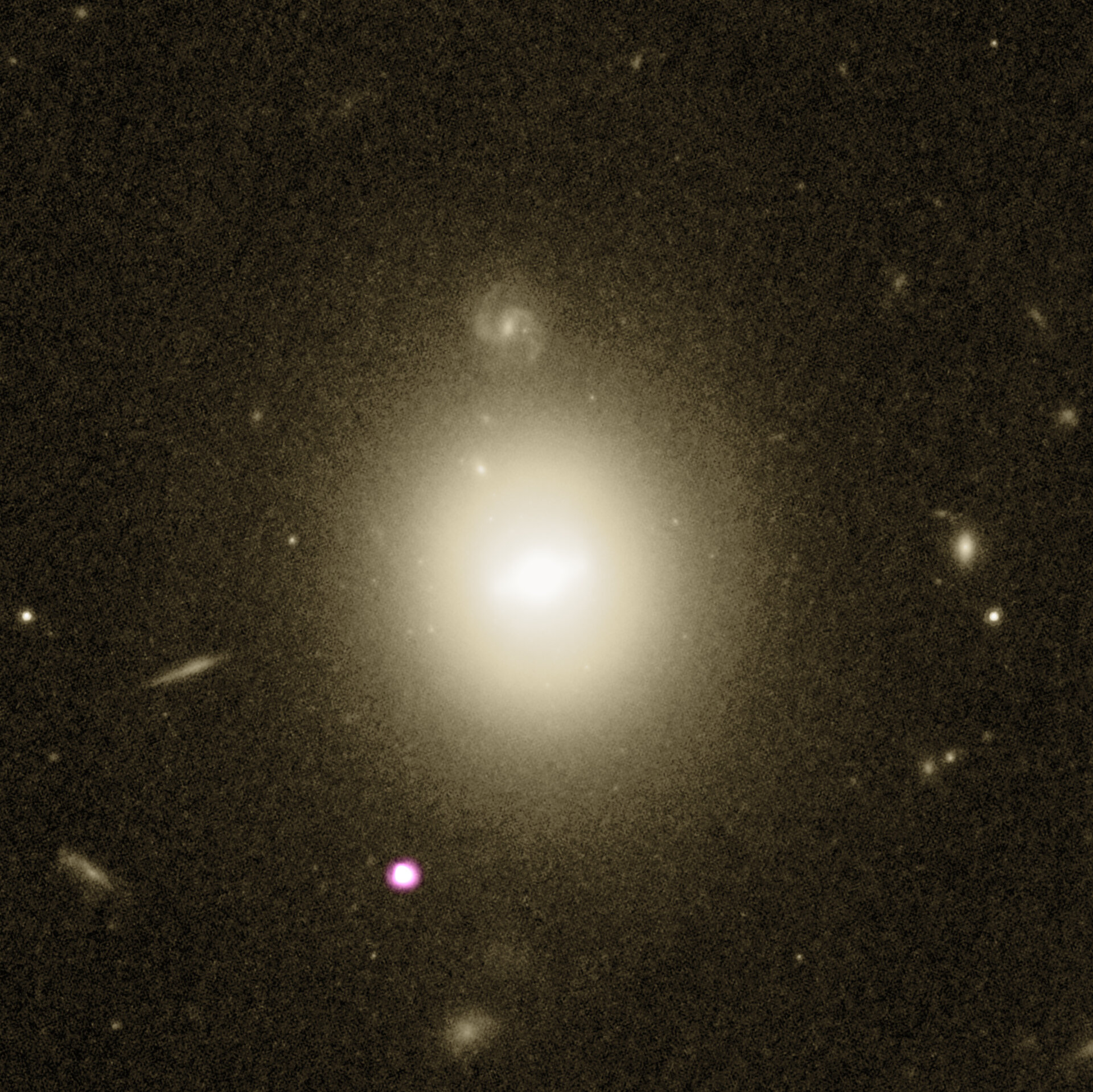 A NASA/ESA Hubble Space Telescope viewofgalaxy 6dFGS gJ215022.2-055059– the large white-yellow blob at the centre of the image – and neighbouring galaxies, combined with X-ray observations of a black hole at the galaxy’s outskirts – the small white-purple dot to its lower left – obtained with NASA’s Chandra X-ray observatory.

This is the best-ever candidate for a very rare and elusive type of cosmic phenomenon: a so-called intermediate-mass black hole in the process of tearing apart and feasting on a nearby star.

The discovery was based on data from ESA’s XMM-Newton X-ray space observatory, NASA’s Chandra and Swift X-ray telescopes, and a number of other telescopes on ground and in space, including Hubble.

This rare breed of black hole was spotted as it disrupted and tore apart a nearby star, gorging on the resulting debris and throwing off an enormous amount of light in the process. It has a mass of around fifty thousand times that of the Sun, and is located within a massive cluster of stars on the outskirts of a galaxy some 740 million light-years away.

This view comprises data from Hubble’s Advanced Camera for Surveys.

Explore this object in ESASky.