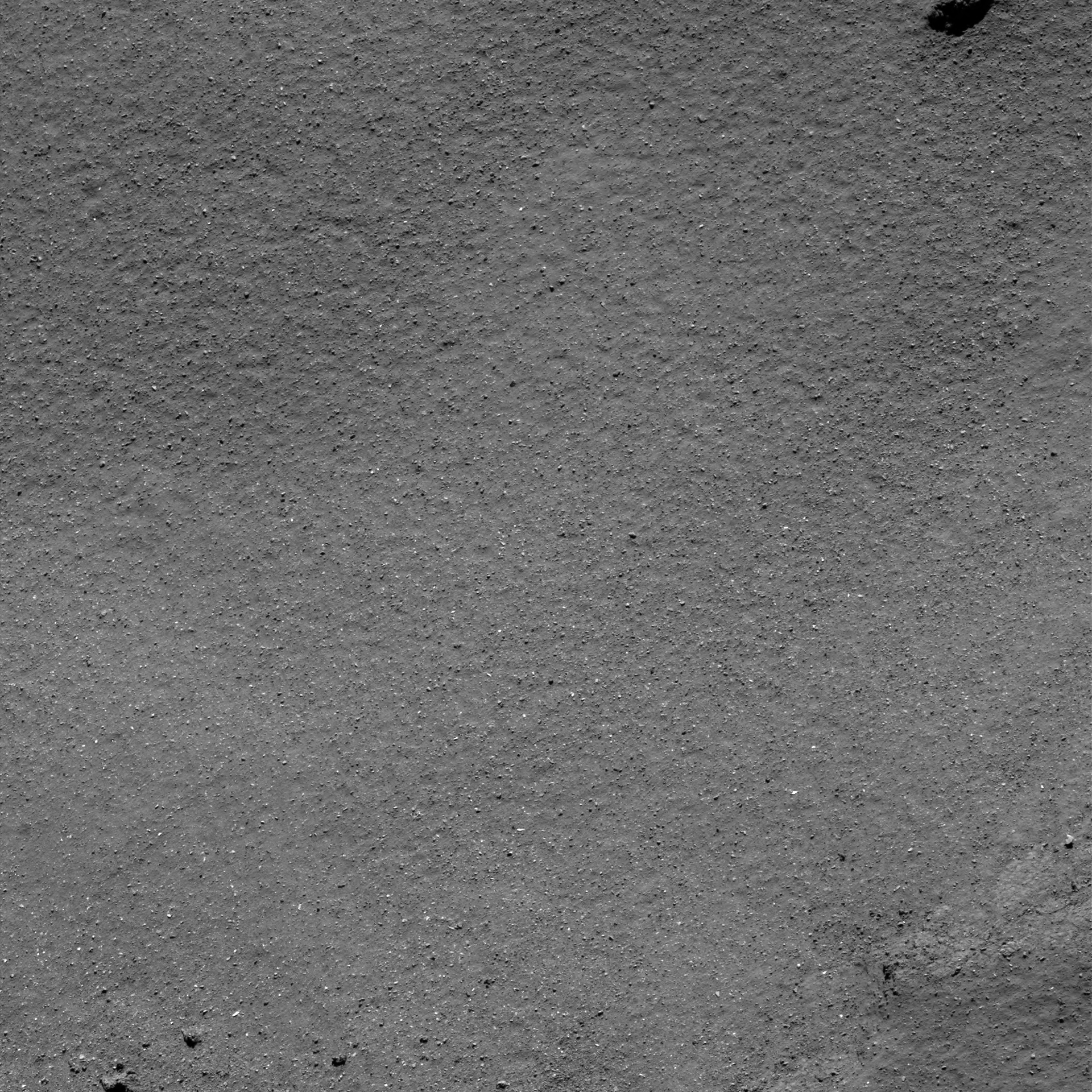 Smooth dust deposits seen in the Ash region of Comet 67P/Churyumov-Gerasimenko from a distance of 3.7 km. Zooming in reveals more of the fine-grained texture of the comet surface.

The spacecraft’s trajectory around the comet changed progressively during the final two months, bringing it closer and closer to the comet at its nearest point along elliptical orbits. This image was taken on 21 August 2016 by the OSIRIS narrow-angle camera on the spacecraft’s fifth ellipse. The image scale is about 7 cm/pixel at the centre of the image, with the largest ‘pebbles’ on the scale of only a few pixels.