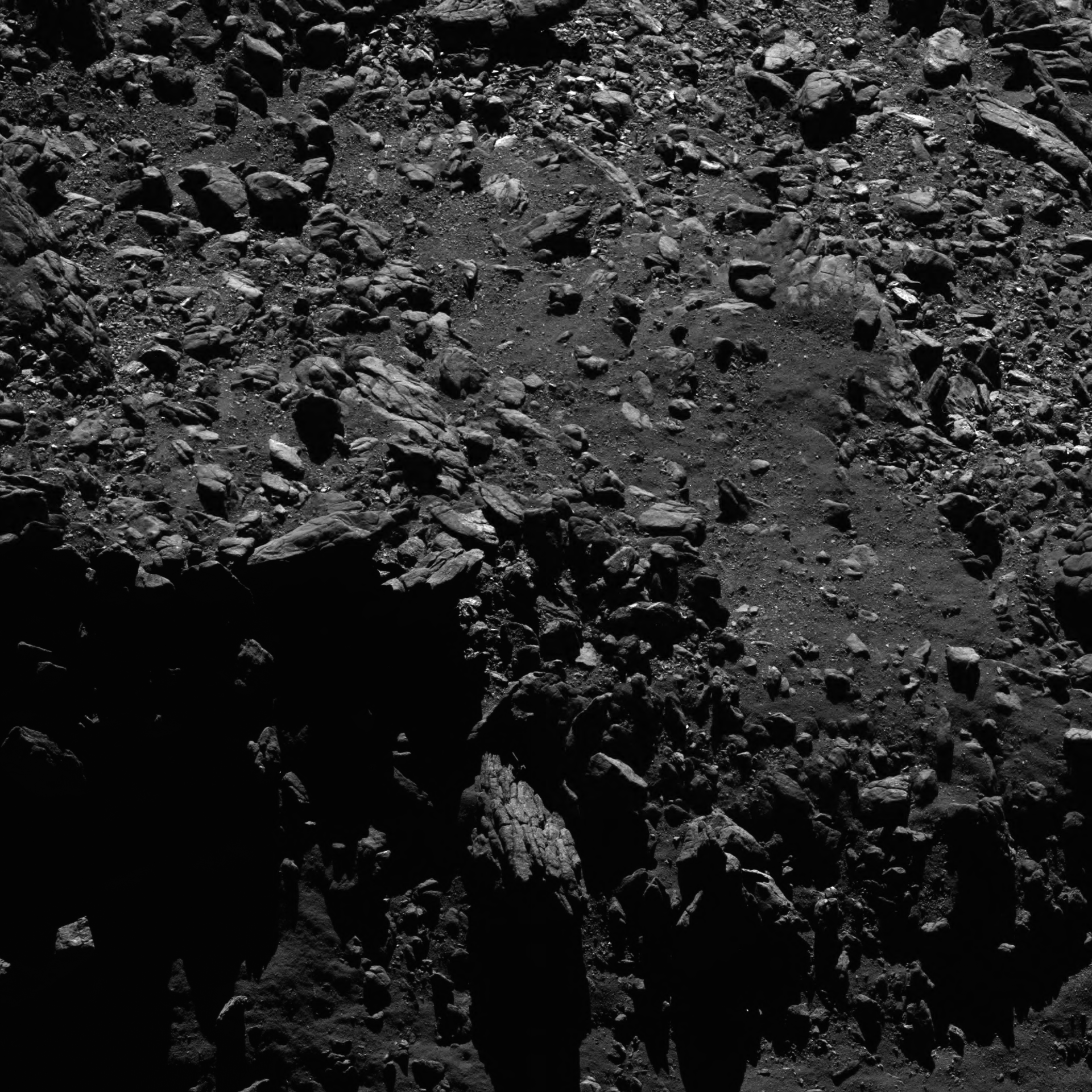 Rosetta’s OSIRIS narrow-angle camera captured this detailed view of Comet 67P/Churyumov-Gerasimenko on 2 September 2016 from a distance of just 2.1 km from the comet’s surface, giving a resolution of just under 4 cm/pixel at the centre of the image. It captures part of the Nut and Serquet regions on the comet’s smaller lobe and shows a mix of fine dust and boulders.

The spacecraft’s trajectory around the comet changed progressively during the final two months, bringing it closer and closer to the comet at its nearest point along elliptical orbits. This image was taken on the spacecraft’s ninth ellipse.