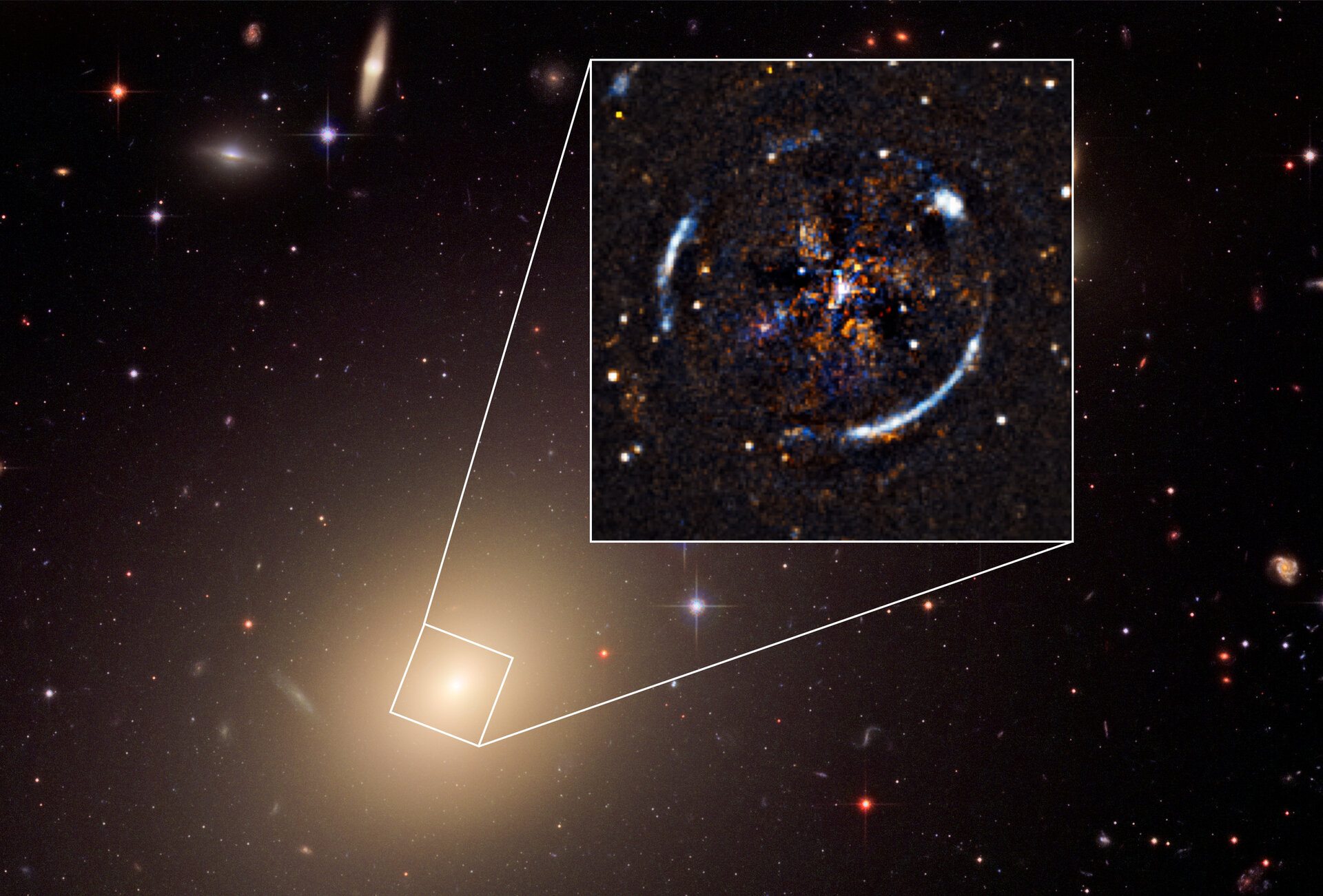 An image of the nearby galaxy ESO 325-G004, created using data collected by the NASA/ESA Hubble Space Telescope and the MUSE instrument on ESO's Very Large Telescope.

MUSE measured the velocity of stars in the galaxy to produce the velocity dispersion map that is overlaid on top of the Hubble Space Telescope image. Knowledge of the velocities of the stars allowed the astronomers to infer the mass of the galaxy. The inset shows the Einstein ring resulting from the distortion of light from a more distant source by the intervening lens, which becomes visible after subtraction of the foreground lens light.