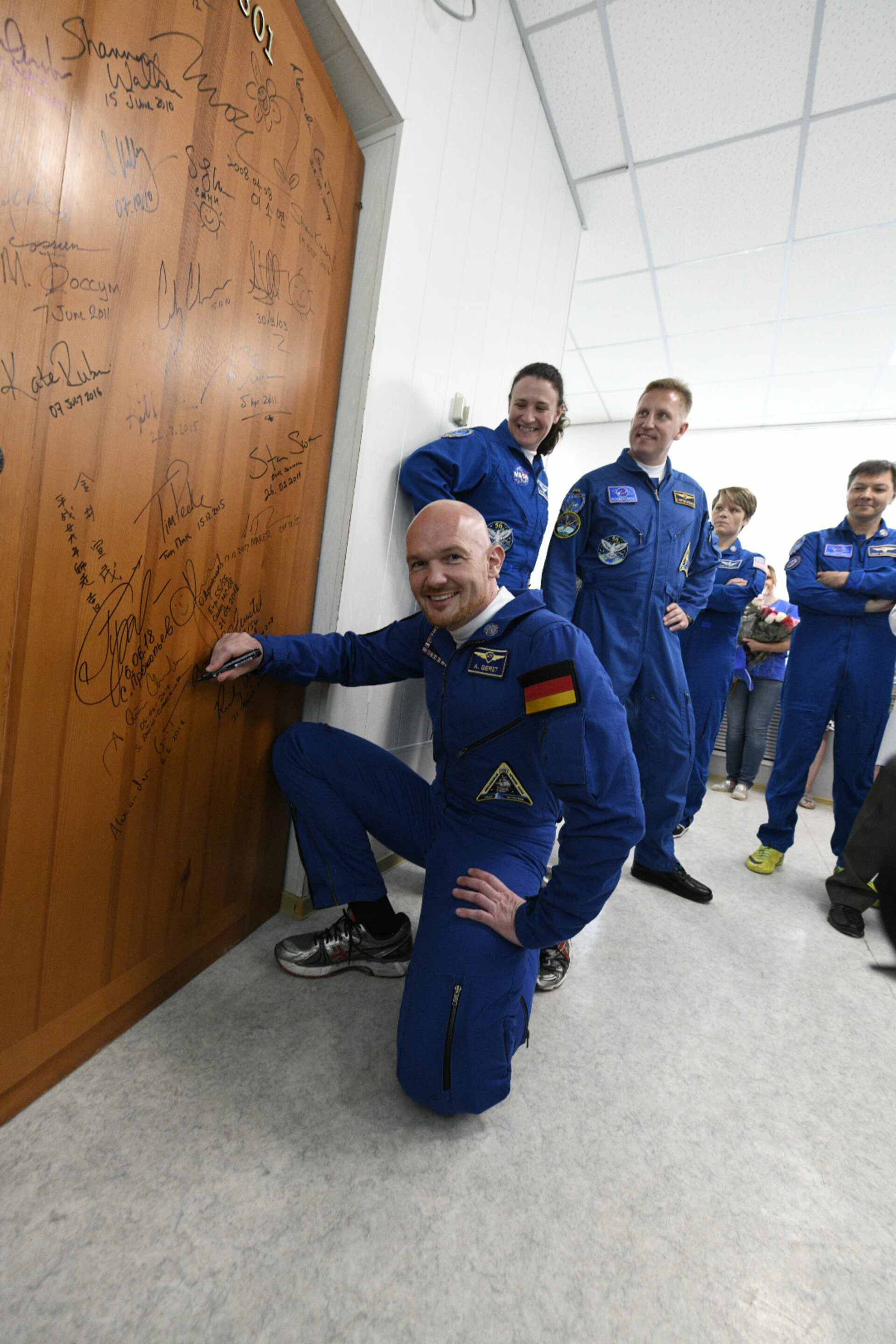 Getting ready for Horizons launch

On the day of launching into space on a Soyuz, astronauts go through a number of traditions. ESA astronaut Alexander Gerst will be travelling to the International Space Station on the Soyuz MS-09 alongside NASA astronaut Serena Auñón-Chancellor and Roscosmos commander Sergei Prokopyev from the Baikonur cosmodrome in Kazakhstan on 6 June 2018.

After signing the door of the hotel they spend their last day on Earth before launch, they get into their Sokol pressure suits. A Russian orthodox priest blesses the astronauts and launcher as per tradition.