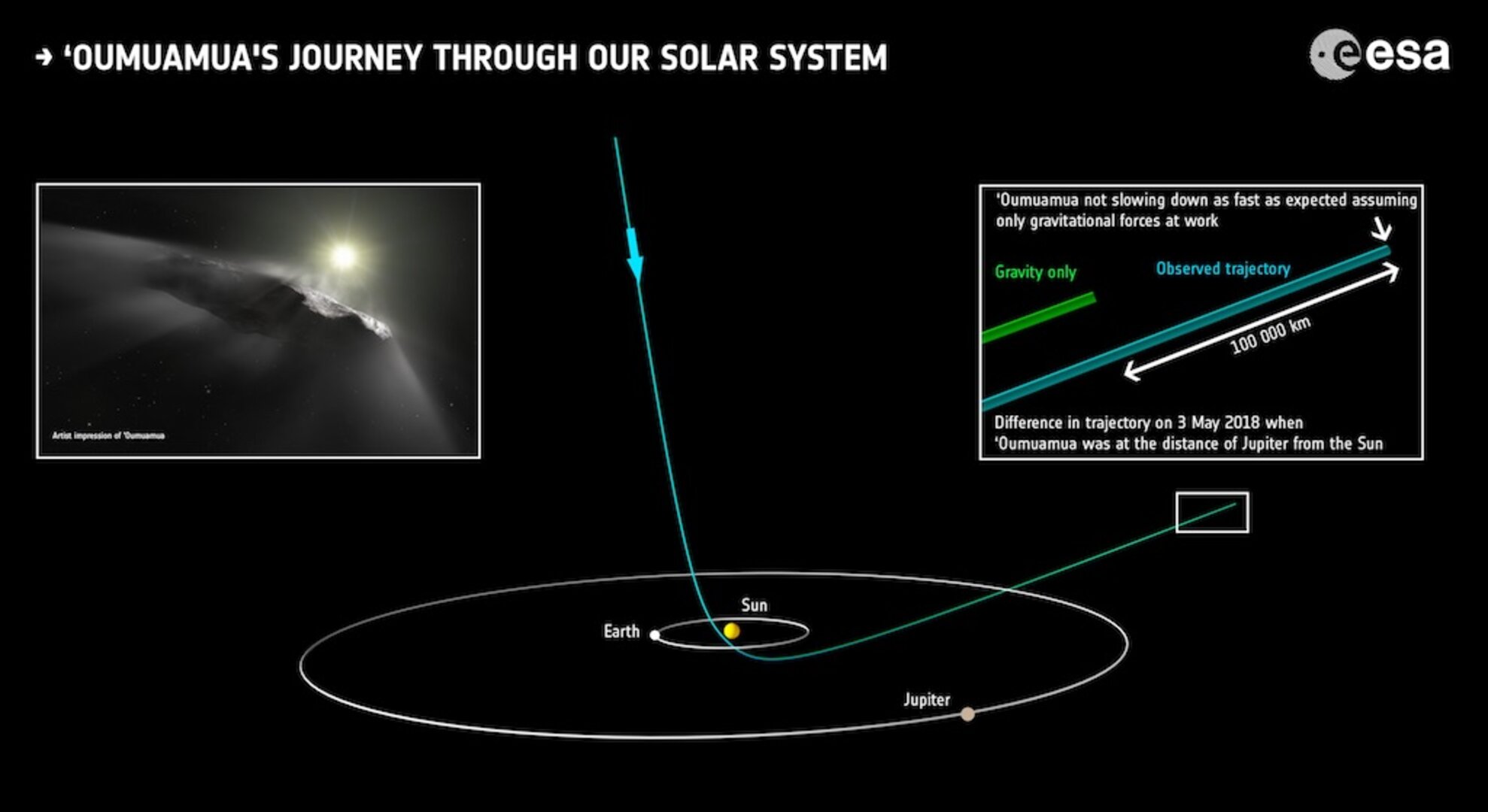 ‘Oumuamua’s journey through our Solar System

Left: Artist impression of ‘Oumuamua, depicted with outgassing typical of a comet.

Centre: The highly inclined trajectory of ‘Oumuamua through our Solar System.

Right: Comparison of the observed trajectory (blue) with what would be expected assuming the object was only influenced by the gravity of the Sun and planets (green) in our Solar System. The difference in the two trajectories amounted to about 100 000 km on 3 May 2018, when ‘Oumuamua reached the distance of Jupiter from the Sun. The distance between the trajectories is equivalent to about one-quarter of the separation between Earth and the Moon. ‘Oumuamua will reach the distance of Saturn in January 2019, by which point the separation between the trajectories will be about 550 000 km.

As inferred by the longer line representing the observed trajectory, the object was not slowing down as fast as expected assuming only gravitational forces were at work. This can be explained if the object is considered as a comet, with its gassy emissions causing small deviations to the trajectory.