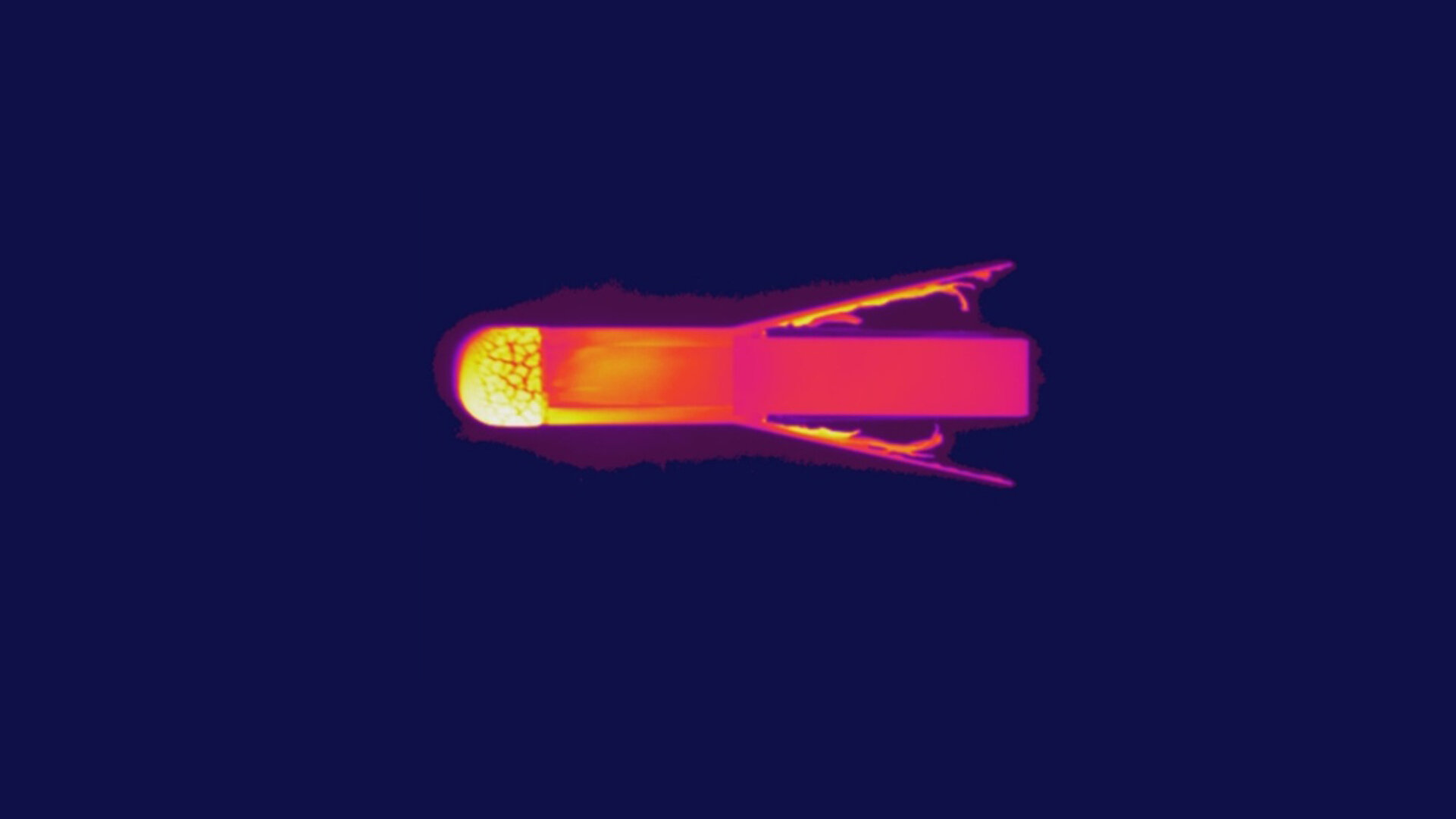 Equipped with a cork-based heatshield, titanium side walls and silicon carbide deployable panels, the QARMAN (QubeSat for Aerothermodynamic Research and Measurements on Ablation) CubeSat survived six and a half minutes of testing inside Italy’s Scirocco Plasma Wind Tunnel.

An arc jet using up to 70 megawatts of power – enough to light up a town of 80 000 people – converted air into hot plasma at temperatures of several thousand degrees Celsius, which sped towards QARMAN at seven times the speed of sound. See video of the test here.

“This test marked the world premiere in arc jet testing of a complete, full-scale spacecraft,” explains test engineering group leader Eduardo Trifoni. “It also represents a tremendous step forward in our ground testing, since up to now only single components were tested at a time.”

CubeSats are low-cost nanosatellites based around standard 10 cm units and typically end their spaceflights burning up in the atmosphere as their orbits gradually decay. But the three-unit QARMAN is designed with this fiery fate in mind.

Designed and manufactured for ESA by Belgium’s Von Karman Institute, QARMAN will use temperature and pressure sensors together with an emission spectrometer to gather precious data on the extreme conditions of reentry as its leading edges are enveloped in scorching plasma.

“The precious outcome of this test gives us confidence that the QARMAN design will indeed make it through the reentry phase,” said project leader Davide Masutti of the Von Karman Institute. “The results of the real flight are now the missing element to consolidate our design strategy based on ground-testing, numerical models and flight data.”

QARMAN is due to be deployed from the International Space Station next year. It will orbit Earth for around four months before reentering the atmosphere. It will survive reentry but not its fall to Earth. Instead its data will be transmitted to Iridium telecom satellites.