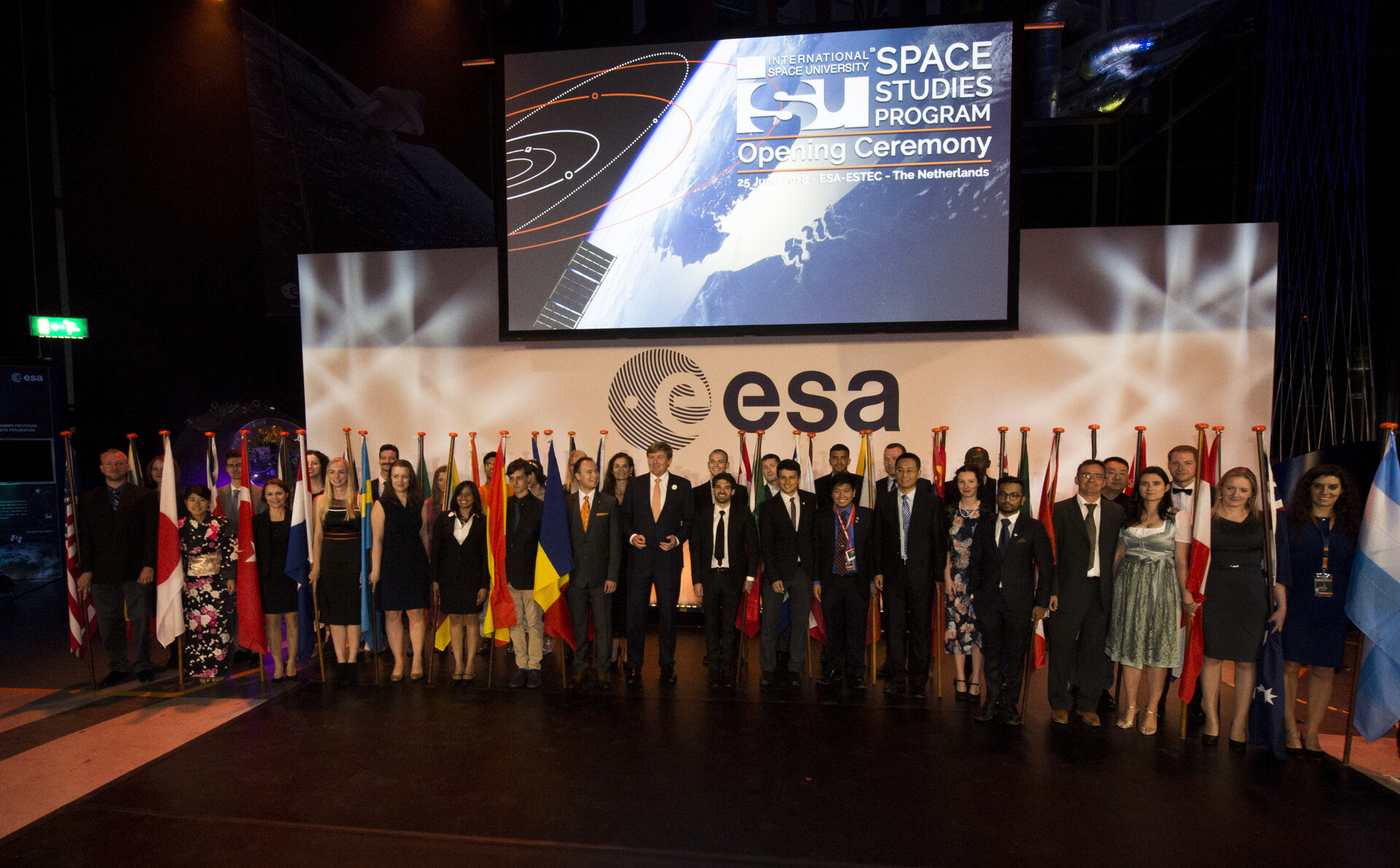 Official opening of the International Space University’s Space Studies Program on 25 June 2018, at ESA in the Netherlands.

The opening ceremony was attended by HM the King of the Netherlands and addressed by ESA Director General Jan Wörner.

The nine-week programme will see more than 130 participants representing 37 nationalities take part in lectures, workshops and team projects to gain an interdisciplinary understanding of all aspects of the space industry.

This year’s ISU programme is co-hosted by the Technical University Delft and the Netherlands Space Office, in close cooperation with ESA and Leiden University.

Two groups of participants will focus in particular on issues of space safety and sustainability as they prepare project reports on the role space should play in human adaptation to global climate change and on new ideas for the removal of space debris from Earth orbit using ecologically sound technology.