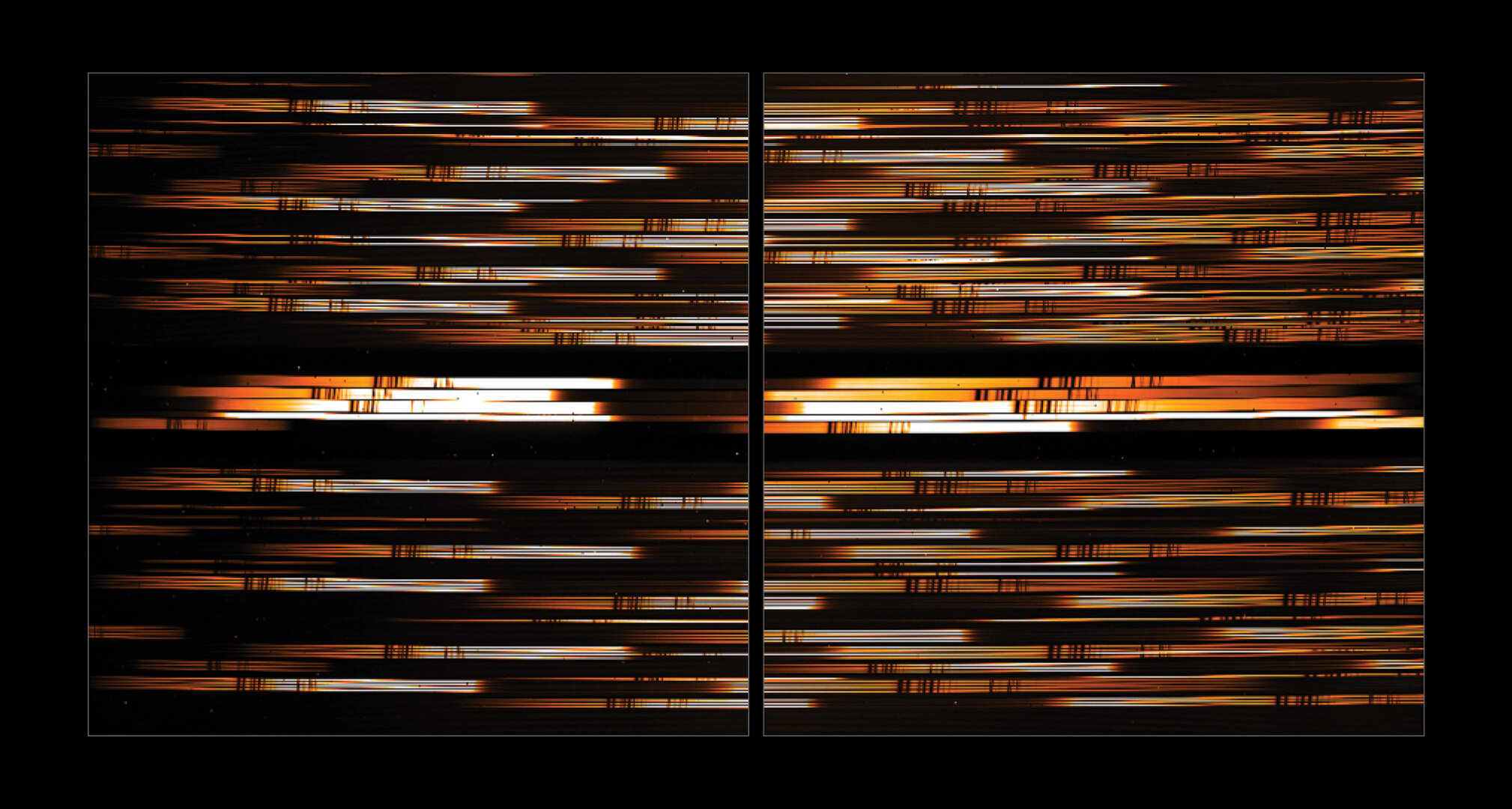 Testing the NIRSpec instrument on the Webb

This abstract image is a preview of the instrumental power that will be unleashed once the NASA/ESA/CSA James Webb Space Telescope will be in space.

The image was acquired during testing of the Near-InfraRed Spectrograph (NIRSpec) instrument, which is part of ESA's contribution to the international observatory. NIRSpec will be used to study astronomical objects focussing on very distant galaxies. It will do so by splitting their light into spectra – separating the light into components allows scientists to investigate what these objects are made of.

Created using one of the instrument’s internal calibration lamps as the light source, the image shows many spectra as horizontal bands that were recorded by two detectors,. The wavelengths are spread from left to right; the pattern of dark stripes, called absorption lines, is characteristic of the light source, much like a fingerprint.

The image was produced by sending commands to open over 100 of the instrument's micro-shutters – minuscule windows the width of a human hair – that will be used to study hundreds of celestial objects simultaneously. The thin strips in the upper and lower parts of the image are spectra created by light that passed through the micro-shutters, while the thicker bands at the centre of the images were produced by light that enters the instrument through five slits at the centre.

Once in space, the micro-shutters will be opened or closed depending on the distribution of stars and galaxies in the sky.

This calibration image was obtained in 2017 during testing in the giant thermal vacuum chamber at NASA’s Johnson Space Center in Houston, Texas. The tests demonstrated that the combined structure, comprising the Webb telescope and its four science instruments, operated flawlessly at temperatures of around –233°C, similar to those they will experience in space.

The telescope and instruments are now at Northrop Grumman Aerospace Systems in Redondo Beach, California, where they will be integrated with the spacecraft and sunshield for further tests and launch preparations. The launch is targeted for 2020.

More about the testing campaign: Tests, moving to a new home, and more tests